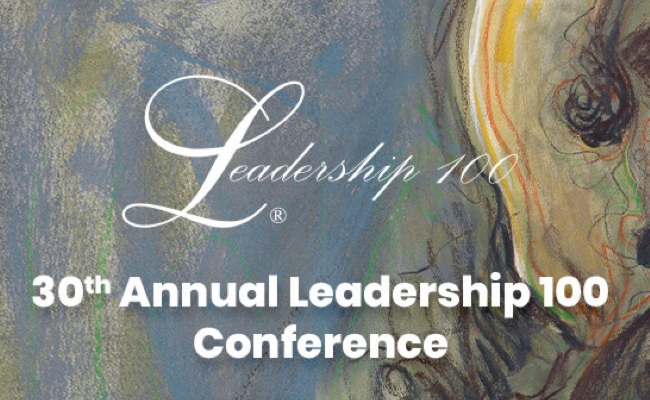 The 30th Annual Leadership 100 Conference, a virtual event scheduled for February 17-19, 2021, will begin with the Executive Committee, Board of Trustees, and General Assembly meetings. One of the highlights of our Conference will include A TRIBUTE TO GREECE, In Celebration of the Bicentennial of the Greek Revolution of 1821 and our Hellenic Orthodox Christian Heritage, from 1:30 to 3:30 p.m. (EST) on Friday, February 19, 2021, according to Argyris Vassiliou, Leadership 100 Chairman.

“Leadership 100 has been honored by His Eminence Archbishop Elpidophoros to lead off the celebration of the Bicentennial of the Greek Revolution with a remarkable program of outstanding speakers and musical selections, organized by our own Leadership 100 Vice Chairman, Demetrios Logothetis, who has been appointed by His Eminence as Vice Chairman of the National Coordinating Committee of the 200th Anniversary of the Greek Revolution,” said Vassiliou.

The first hour of A TRIBUTE TO GREECE, hosted by Chairman Vassiliou and Vice-Chairman Logothetis, will include messages from the Archbishop, the Prime Minister of Greece, Kyriakos Mitsotakis, President of “Greece 2021” Committee and Ambassador-at-Large of Greece, Gianna Angelopoulos-Daskalaki, and Ambassador of  Greece to the United States of America, Alexandra Papadopoulou.

Dr. Papademetriou will offer Leadership 100 participants a special preview of the exhibition The Greek Revolution (1821-29) through American Eyes, which will open at the Maliotis Cultural Center on March 22, 2021. Using the lens of American Philhellenes who supported the war effort from America, as well as those who were on the ground fighting in actual battles and distributing humanitarian aid, the exhibition offers a unique understanding of the Greek revolutionary events and their significance.

The second hour, Greek Music for the Greek Revolution, 1821-2021, organized and introduced by Nektarios S. Antoniou, Artistic Director and Senior Advisor for Culture of the Greek Orthodox Archdiocese of America, will consist of a musical tribute featuring Les Vibrations Sympathiques, conducted by Pavlos Kordis, pianist; the acclaimed Polis Ensemble; Soprano Eleni Calenos, accompanied by virtuoso pianist and musicologist, Dr. Athanasios Trikoupis; violinist Dr. Giannis Zarias and the String Trio and Violin Orchestra; Mode Plagal; and Singer Charis Tsalpara. Selections will include Skalkottas’ Greek Dances, and classical and contemporary music inspired by the Greek Revolution. The music will be accompanied by the showcasing of artistic works by master painter and iconographer Dr. George Kordis, and photographs and prints from the collection of the Treasury NYC.