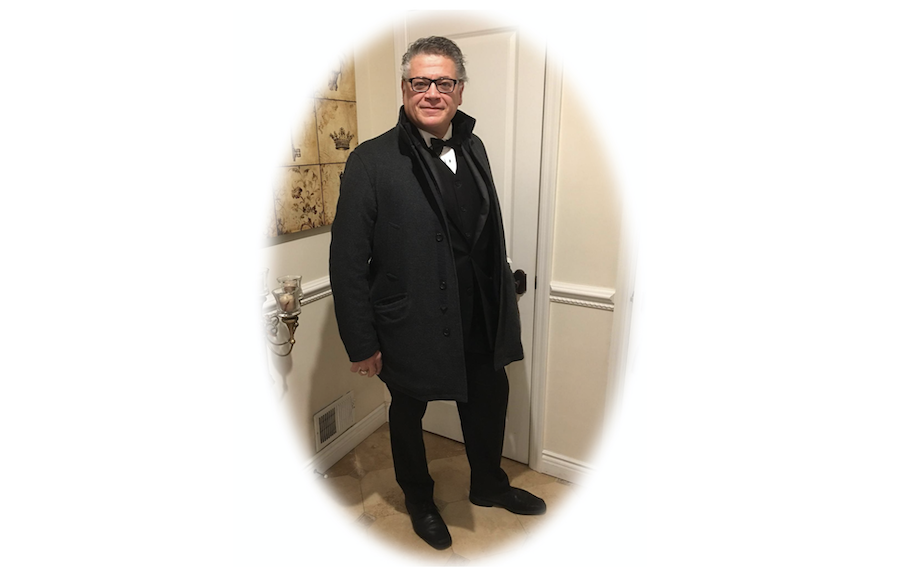 Dimitris Gavalas passed away in his North Brunswick, NJ, home, on the Sunday of Pascha, April 19, 2020, two weeks after testing positive for COVID-19.

Dimitris was born on April 12, 1964, at Iraklion, on the beautiful Greek island of Crete, to Maria and Nikolaos Gavalas. When he was just two years old, the Gavalas family emigrated to Canada and settled in Montreal. Dimitris grew up in Montreal, surrounded by an extended family and by a vibrant Cretan community that ensured he would be immersed in Greek culture and become proud of his dual identity, as a Canadian citizen and as a Greek of the world, a true son of ecumenical Hellenism. Dimitris also started working very young, while still in school, at his family’s restaurant business. There he discovered and practiced his culinary talent and developed a genuine fondness for the food and hospitality sector, a fondness that would be part of him for the rest of his life.

Dimitris, after finishing high school, continued his studies at Montreal’s world-renown Concordia University: it was fate when a European tour with the University, in 1985, brought Dimitri to Athens, Greece, where he met his lovely future wife, Katerina Kourti. The two instantly fell in love and they were married just a few months later; the wedding took place in Athens, in January 1986. The couple moved to Canada, where they both worked and in parallel attended college; Dimitris majored in English literature with a minor in Geography and Katerina majored in Classical Philology.

After completing their studies, driven by their common love for Greece, they moved there in 1993 and Dimitris served in the Greek Army, as a volunteer. As it often happens, things did not work out the way they were hoping, and in 1995 the couple returned to Canada. Though their plan to work in Greece did not materialize, their heartfelt desire to contribute to Hellenism was fulfilled in a different way, via New Jersey. Indeed, in 1996, Rutgers University made an offer to Katerina, to teach in the Modern Greek Studies Program; she, in total agreement with Dimitri, accepted the offer and they moved to New Jersey. Here, Dimitris and Katerina became involved with many activities of the Greek-American community.

Dimitris’ primary ventures were always related to endeavors in the restaurant and hospitality business, an industry where everyone loved working with him; for the past five years, he was the manager and maître d’ at Pines Manor in Edison, NJ. However, he was also, every single day, right by Katerina’s side, supporting and helping her in pursuing the promotion of Greek education in our State. Katerina, with Dimitri always being her volunteer assistant, has been teaching Greek language and culture, for 25 years now, not only to Rutgers University students but also to the much younger students of the afternoon Greek School of the Saint George Church in Piscataway, NJ. Very often, the same kids who graduated from Greek School would show up, years later, as college students at Rutgers: there Dimitris and Katerina would be their loving on-campus surrogate parents, caring for their education and nurturing their love for Greek culture. Dimitris was involved in every event organized by the Rutgers Modern Greek Studies Program, the Elytis Chair Fund, and the Hellenic Cultural Association, the Greek-American student organization at Rutgers. He even managed to join the Study in Greece group almost every year, sharing with the students his enthusiasm and love for life and Greece.

Dimitris is survived by his wife Katerina, his father Nikolaos, his brothers Manolis and Yiannis and his sister Xenoula. Dimitris’ passing occurred at a horrible time, when the insidious and invisible enemy that took his life also prevents us all from physically being together, and, even worse, prevents us from being on Katerina’s side. However, our love for Dimitri, the love he won every day of his life with his deeds, his kindness, and his big smile, is truly binding us all; our love, our thoughts and our prayers are embracing Katerina.