WASHINGTON, DC, January 26, 2015 — There has been another Herculean accomplishment in Washington, D.C. by the Greek-American Chairman of the Republican National Committee (RNC), Reince Hercules Priebus.  His recent reelection made him the RNC’s longest-serving chairman in modern history.   Some of our country’s greatest statesmen, like former US Senate Majority Leader, Bob Dole, and former US President George H. W. Bush, are among the chairmen whose seniority Priebus recently outdistanced. 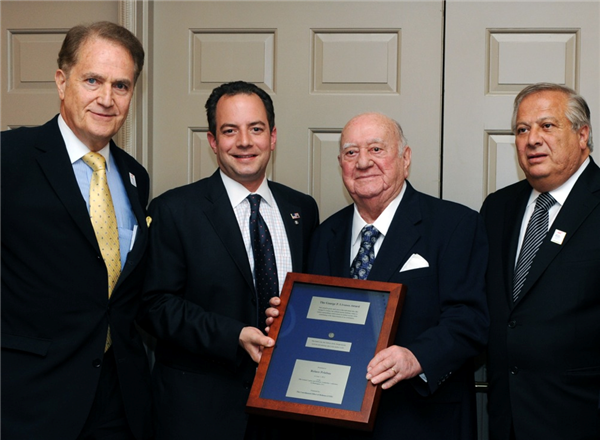 Priebus took over an RNC that was $20 million dollars in debt and sinking.  He gained significant Washington attention as he reversed the slide, paying off the debt in short order.  In the 2014 election cycle, Priebus brought in over $178 million.  He has recruited nearly 7,000 precinct captains, has 31 field offices and 131 field staff.  Priebus took the unprecedented step of opening an office in Silicon Valley to facilitate the recruitment of engineering talent, created in the RNC a Chief Digital and a Chief Technology Officer, and targeted for 2014 major advances in the full utilization of the social media. 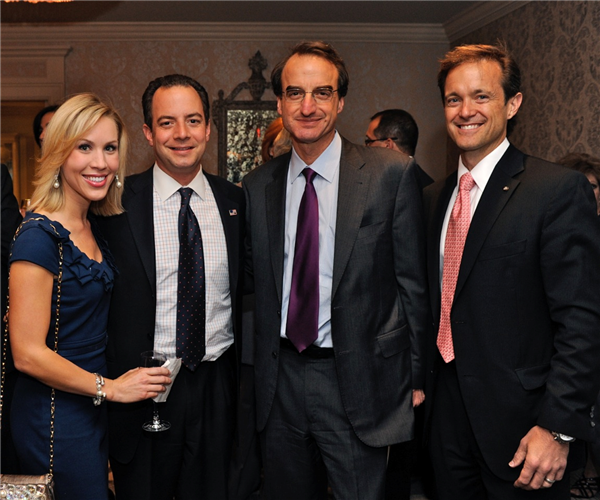 As a result of the 2014 election, the Republican Party regained control of the US Senate for the first time in seven years.

Priebus is now focused on the coming election in 2016.  He will play a significant role in the Presidential debates, the primaries, and the convention.

Priebus has been a lifelong member of the Greek Orthodox Church. His mother’s maiden name is Pitsiladis and he has spent many summers with his extended family in Greece.