It is not a surprise that on Monday morning, February 24, 2020, Celine Dion, walked into the Canton location of Harbor Lights Tanning Studio, one of the two owned and operated by Greek-American Kalliope Karamichalis in Baltimore. Celine Dion, the French-Canadian Grammy award-winning singer and superstar, who would be going on stage in concert at the Royal Farms Arena later that evening wanted to enhance her glow and sought out the best in town and found her.

This, of course, has not been the first celebrity sighting at a Greek-American business establishment and definitely will not be the last.

Whenever in town, Oprah Winfrey tries to go by all the favorites she had from back in the day when she was a news anchorwoman in Baltimore. In one of her recent visits, she wanted to share her favorite “Crab House” with her man Stedman Graham. Here they are in a photo she posted on Instagram enjoying the best Maryland Crabs on the deck of Greek-American owned and operated by the Tserkis family “Captain James Landing Seafood Restaurant and Crab House” the real-life boat-shaped restaurant right next to the Anchorage Marina in Canton, Baltimore. And when Oprah endorses something as one of her “favorites” you can bet she is definitely on point, which is evident with the recent opening of the Choptank in the newly renovated Broadway Market in Fells Point in Baltimore. A collaboration with the next generation of the Captain James’ Tserkis family, Vasilios  Tserkis and grandson of the co-owner of H&S Bakery and Harbor East Developer, the late John Paterakis, Alex Smith of the Atlas Corporation to honor the market’s 200-plus-year legacy with authentic local seafood alongside the history of Baltimore. 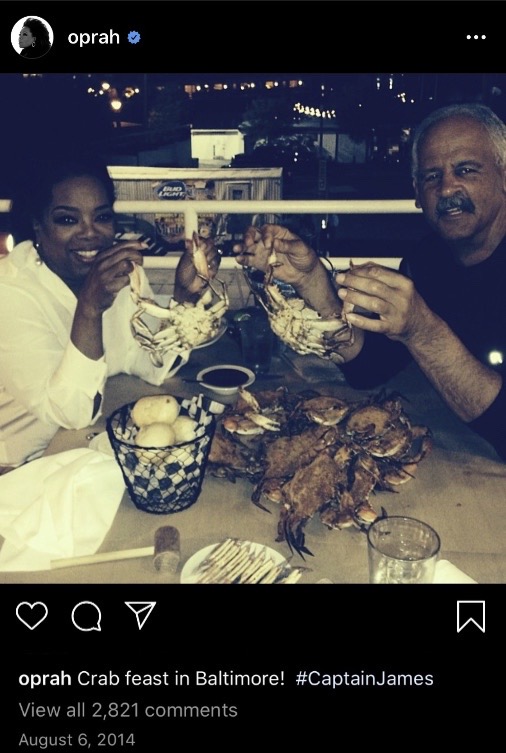 Another popular national daytime host that favors her Maryland Crab Cakes from a Greek-American owned and operated restaurant is Kathie Lee Gifford. Who has visited Costas Inn owned by the Triantafilos family on many occasions when she is passing through Baltimore. A few years back she even had to share their awesomeness with her co-host Hoda Kobt and the entire nation on The Today Show with a special delivery from Baltimore to New York by Pete Triantafilos himself. 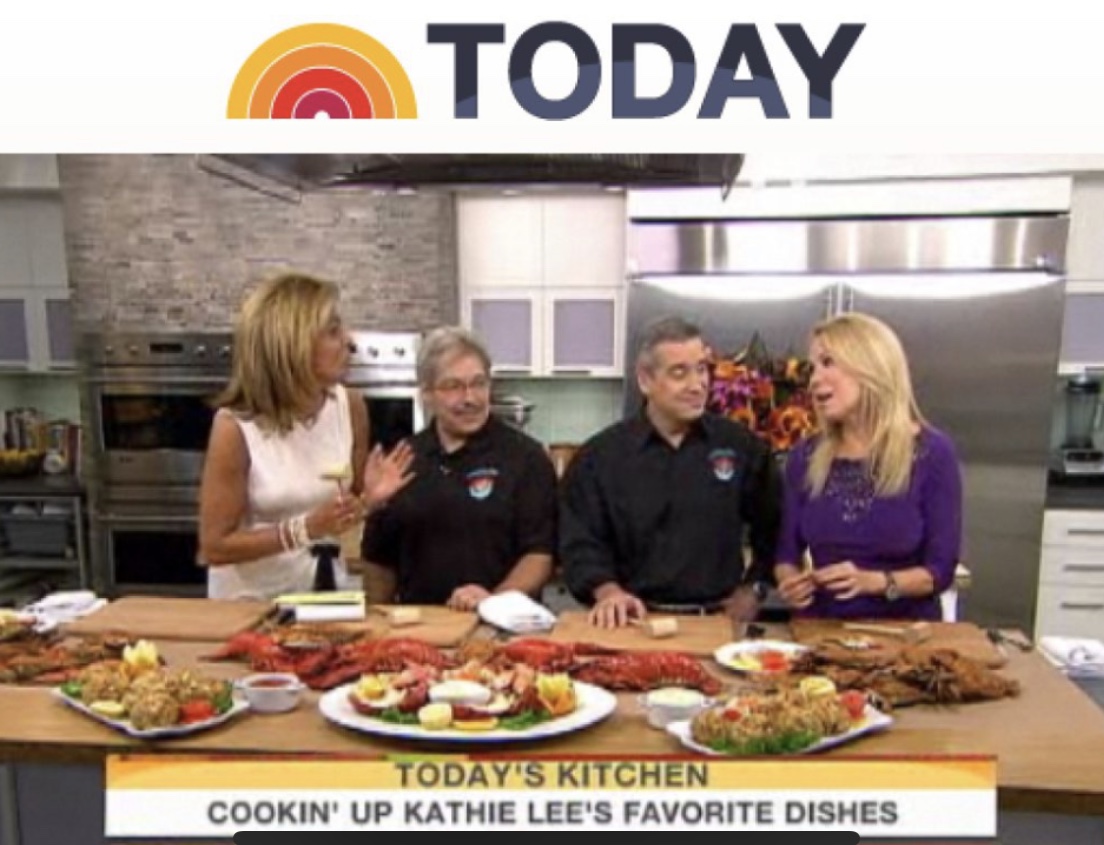 Aside from the local TV hosts and Sports celebrities of Baltimore’s baseball team, the  Orioles and football team, the Ravens who show a preference to Greek-American owned seafood restaurants, there have been quite a number of national and international celebrity visitors. One of these hotspots is “Jimmy’s Famous Seafood” owned and operated by the Minadakis brothers, John and Tony.  The latter of which as head chef has wowed Guy Fieri on numerous occasions when he comes through town. 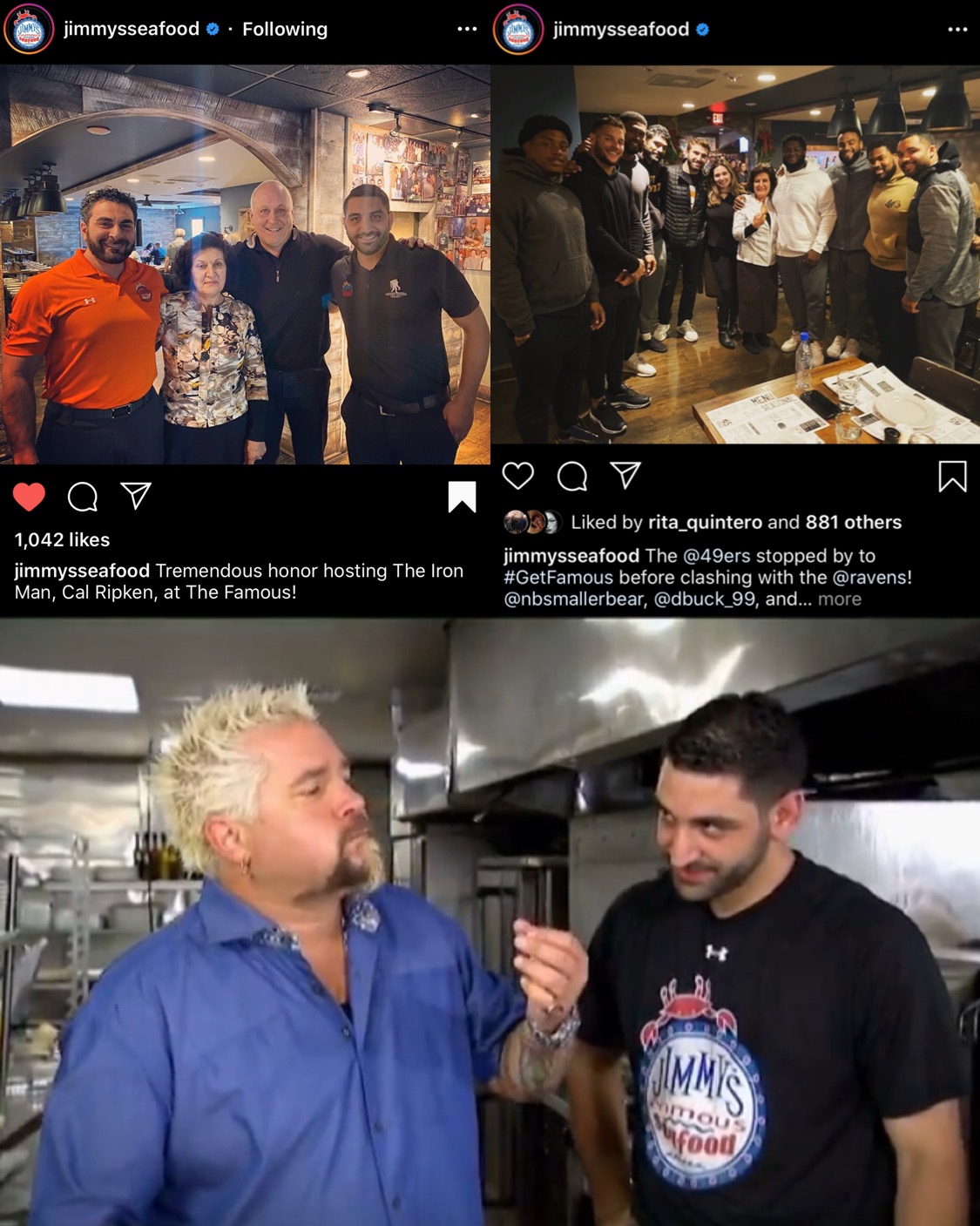 Another Seafood Restaurant in Baltimore that is no stranger to celebrity visits is “By The Docks” owned and operated by Greek-American John Kanellopoulos and his wife Vicky Korologos Kanellopoulos. They too have hosted their share of local radio and TV personalities as well as hometown sports celebrities. A few months ago they also had the chance to host the “Diesel Brothers” from the number one show on the Discovery Channel on nutrition. 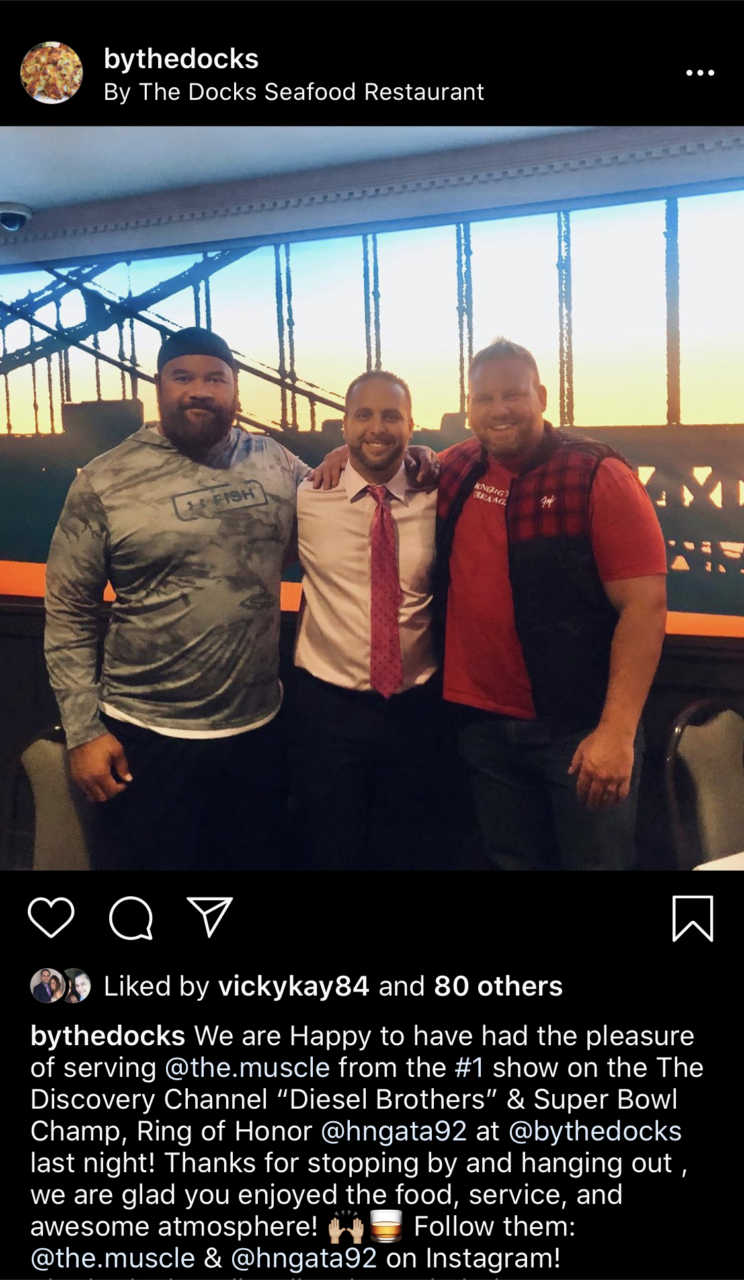 Because if there are two things of the many things Greeks know best is tanning and food. These businesses and restaurants though have been on the radar a long time coming now. They did not need these celebrities to put them on the map. The celebrities asked for only the Best and their GPS pointed them in the right direction. 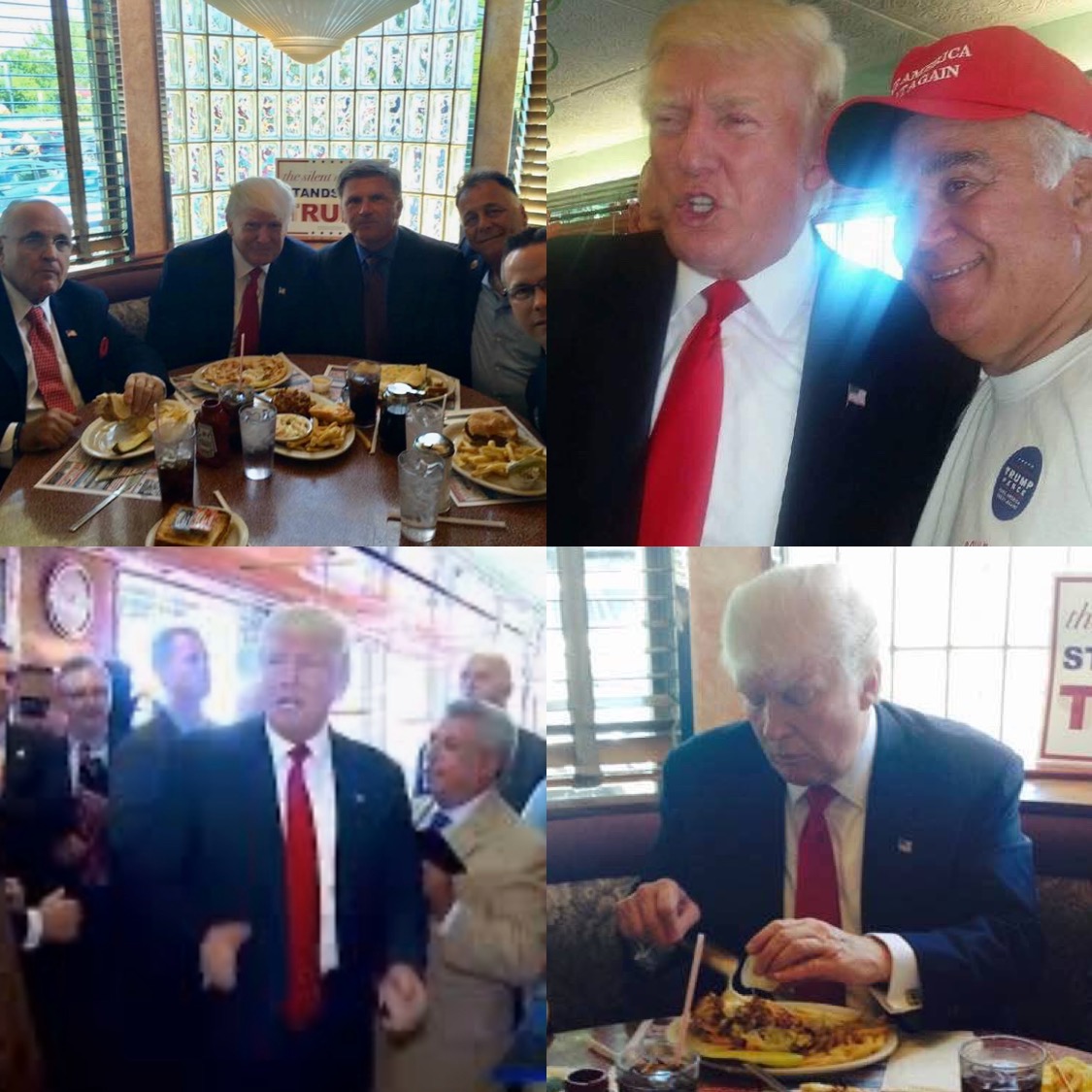 And last but not least, the 45th and current President of the United States, Donald Trump, made his way through Baltimore on his campaign trail in 2016 and had to stop in for a true American Diner style meal served at the Boulevard Diner in Dundalk which was established in the onset of the millennium by the late Dr. Savvas Tsakiris and Emmanuel Fourtinakis.