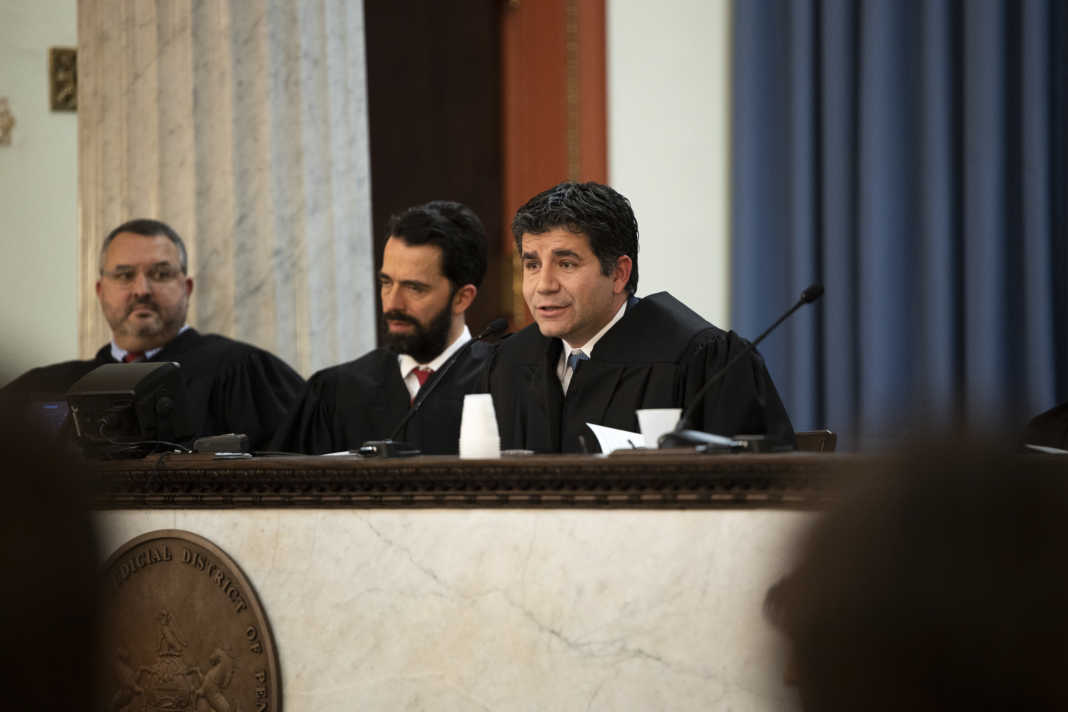 The Honorable Anthony G. Kyriakakis has assumed a new position. He has taken the office of Judge of Court of Common Pleas of Philadelphia County. The Ceremonial Swearing-In took place in Courtroom 653 at City Hall in Philadelphia on Thursday, January 16, 2020.

Anthony Kyriakakis was elected as Judge of Common Pleas of Philadelphia on November 5, 2019. His parents, George and the late Elena, came from Greece and he became the first member of his family to attend college. Graduating from Yale University as a history major, he went on to Harvard Law School.

After getting his law degree, Judge Kyriakakis was a law clerk to the Honorable Julio M. Fuentes of the Court of Appeals for the Third Circuit. He then joined the firm known as Cravath Swaine & Moore LLP in New York where his primary focus was on complex commercial litigation. Making his way to Philadelphia, he served as a federal prosecutor in the Criminal Division of the U.S. Attorney’s Office for the Eastern District of Pennsylvania. He was awarded by the DOJ Office of Inspector General, the Department of Health and Human Services and the Department of Defense.

“He has accomplished a great deal,” said Hoffman. “He has a strong sense of mission to serve the public. He is an incredibly decent, honorable and grounded individual. He has the humility to be a great judge. We’re blessed to have him join the bench.”

“I’m honored to be here today,” said Hoffman. “He’s going to be a great judge. I congratulate him on his great ceremony today.”

Dimitri Pappas read the Commission. Judge Kyriakakis held the Bible as Judge Fox administered the Oath of Office. His wife, Aleni, and children Zoe and George, assisted him in putting on his robe.

Then it was time for Judge Kyriakakis to take the stand himself.

“I am deeply honored to have this opportunity to serve the people of Philadelphia,” he said. “As a judge, I will work to ensure that every person who enters my courtroom is treated with fairness, dignity and respect.”

As an Adjunct Professor, Judge Kyriakakis also teaches courses on sentencing and the criminal justice system at the University of Pennsylvania Law School.  He lives in Center City Philadelphia with his wife children. They find it to be a great place to live with all that it has to offer.