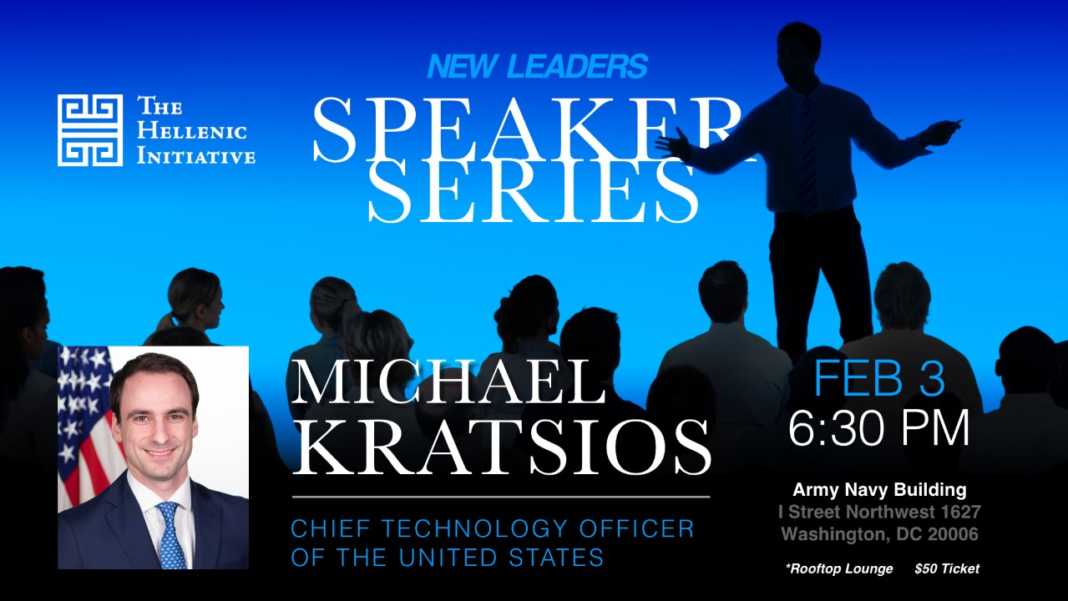 Join The Hellenic Initiative at our first ever Speaker Series in Washington DC!

We have the honor of hearing from Michael Kratsios, Chief Technology Officer of the United States.

As President Trump’s top technology advisor, Michael has led the development and execution of the Administration’s national technology policy agenda since inauguration.

Michael has represented the United States as the Head of Delegation at multiple international fora, including G7 Technology Ministerials in Italy, Canada, and France; G20 Digital Economy Ministerials in Argentina and Japan; and the OECD Ministerial Council Meeting in Paris.

Prior to joining the White House, Michael was a Principal at Thiel Capital, where he invested in and advised technology companies. A South Carolina native, Michael graduated from Princeton University and served as a Visiting Scholar at Beijing’s Tsinghua University.

On August 1, 2019, the U.S. Senate unanimously confirmed Michael as the fourth Chief Technology Officer of the United States.

You won’t want to miss this opportunity to hear from our country’s CTO in an intimate setting.

We will provide wine, light bites and plenty of time to meet one another as well.

Hope to see you there!

New Leaders are 40 years of age and under