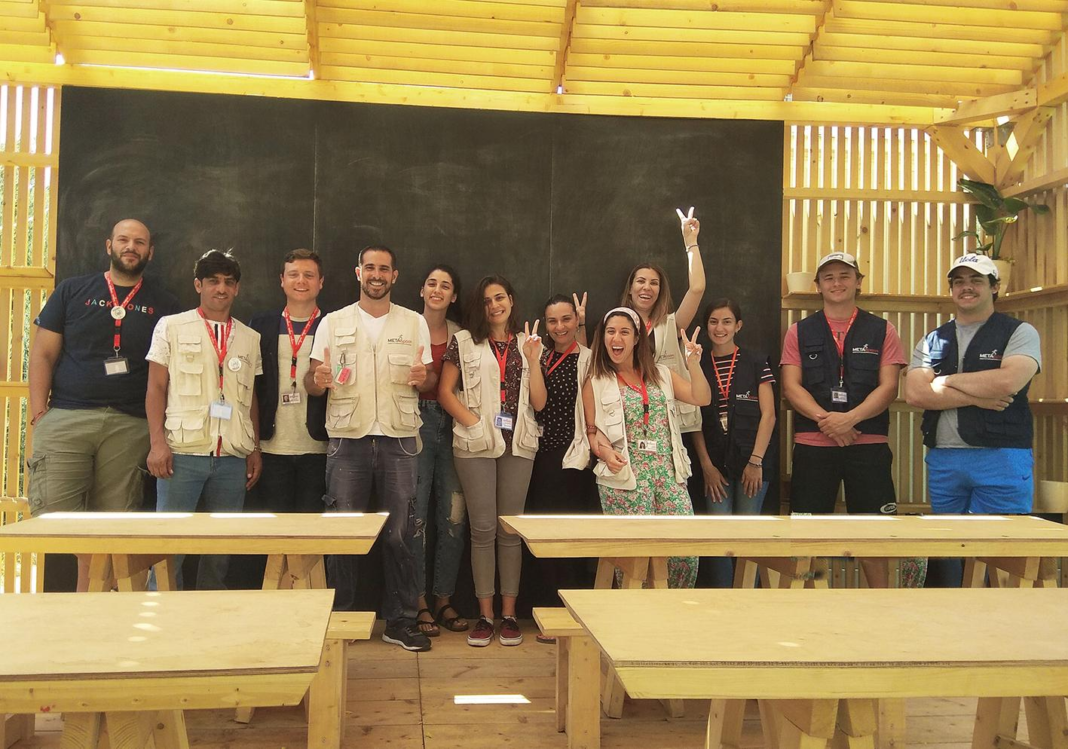 The Greek Island of Chios is a rather prosperous place with families that have been successful in the shipping business for generations and do not need to depend entirely on tourism like most of the Greek islands. But in recent years that has changed as the island has become the frontline of the refugee crisis. Most of the refugees who arrived in Chios were considering it as a stopover before they reached the mainland on their way to more prosperous European countries. Instead, the island has become a sort of a permanent halfway house where refugees have been halted to reach the mainland and the rest of the EU. And with the Greek government still suffering from the effects of the financial crisis and with limited funds to assist the refugees, the bulk of the help comes from philanthropic organizations who have stepped up to fill the void. One of those organizations is METAdrasi that was founded in 2010 with the aim to facilitate the reception and integration of refugees, migrants and especially unaccompanied children who arrive in Greece. With a network of trained social workers and interpreters, METAdrasi has become active throughout Greece escorting refugee children from detention centers to proper accommodation facilities, while offering basic educational skills to the kids along with cultural enrichment.

The Greek America Foundation (GAF) through its Service Learning Program has championed volunteerism for North American youth in Greece. This year they have partnered with METAdrasi and have sent 15 Greek American young people to volunteer in the island of Chios. The Service Learning Program aims to recruit 18 to 25-year-old volunteers, whose qualifications according to Greek America Foundation Manager Darden Livesay are “able to handle quickly changing environments and effectively communicate with people from varied cultural backgrounds. For this particular program, we were looking for young people who would be comfortable working with children and perhaps have prior working experience with children. We aim this to be a transformative experience for the volunteers by instilling in them the importance of volunteerism and service and for them to experience firsthand the feeling of a smile from someone they serve and support” he told the HNA. Volunteer participation is made possible by the generosity of the Greek American community.

The generous donation from George and Kristin Strompolos supported four scholarships for the summer 2019 Service Learning program. One of the Strompolos’s philanthropic goals is to offer instruction in music and the arts to disenfranchised youth and the Service Learning program incorporates music and art therapy to refugee children. Young volunteers also accompany the kids to the beach to play summer sports and have fun under the bright sun.

Gregory C. Pappas created the Greek America Foundation with a firm mission to emphasize ideals like philanthropy and the pursuit of excellence and innovation. Pappas’ mission statement was inspired by Pericles’ quote that says “what we leave behind isn’t etched on the side of a building, but what is woven into the lives of others.” Pappas says that every single event the foundation hosts has this core component as a basis. “If it isn’t going to be impactful on people we won’t do it.” And what the Service Learning Program and its volunteers are accomplishing in the island of Chios this summer surely has a huge impact in the lives of the much suffering refugee kids.