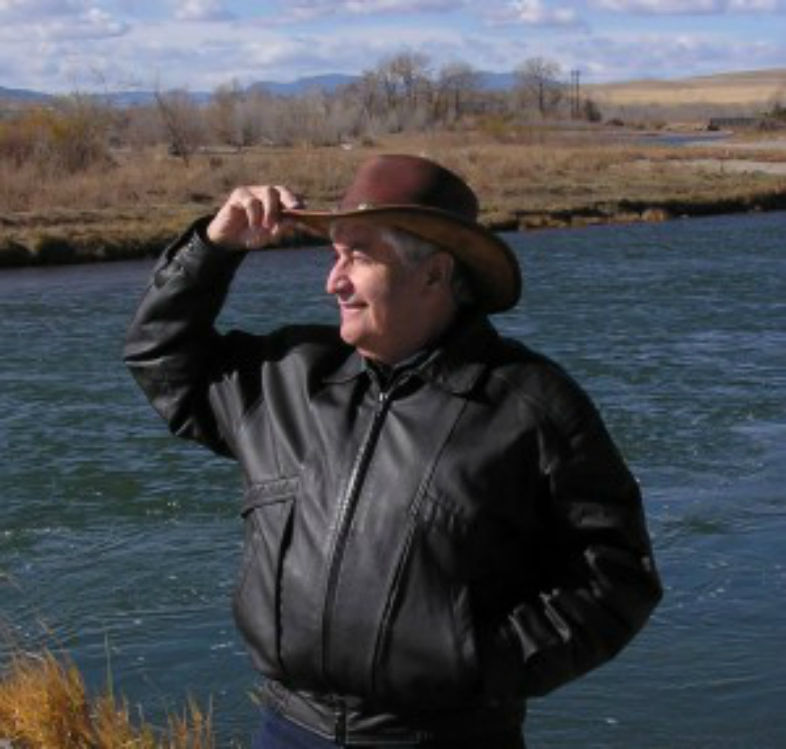 Dr. Daniel B. Botkin is one of the world’s leading environmental scientists. He chatted with the HNA, where he shared his scientific insights about the Coronavirus (COVID-19) pandemic.

He was selected as “Environmental Scientist of the Decade” by the International Association of Top Professionals (IAOTP).

While the Coronavirus sickens and kills many people, many of us are talking about or trying to live in small groups, isolated from direct contact with the rest of the world. “How can we do this without going stir crazy? A fascinating experiment, called Biosphere II, that involved 8 people living for 2 years in a materially closed system, can give us some insights about what works and what to avoid when you keep a small group of people closed up for quite a while.”

“As a member of the group that oversaw this experiment, from its construction to the experiment’s end, I believe there are some insights and lessons that Biosphere II might help us now,” he said. “Briefly, although a wonderful, remarkable, structure, its experiment of having a small group living together in it for two years became known as a failure, and the positive results, of which there were many, have pretty much vanished from scientific literature and public knowledge. In addition, with an original intention by the designers and developers and residents, that Biosphere II might become the first of many, more advanced, closed ecosystems in the planning of getting human beings to live on and survive on Mars and perhaps other planets, never has happened.”

He continued, “Biosphere-II covered 3.14 acres (1.3 hectares), the largest materially-closed system ever built, containing vegetation and some animals from seven different ecosystems—from tropical to high latitude— so at least one group of vegetation was growing at any time during the year, taking up carbon dioxide, releasing oxygen, and providing food and helping to treat wastes. It contained approximately 3,800 species of animals and plants. Thus, Biosphere II with the action of its residents produced their own food, recycled their own waste, including carbon dioxide.”

“The experiment’s failure yielded important lessons that might have been of benefit, if learned, for today’s attempts living with Coronavirus keeping us at home,” he added.

“The idea for the Biosphere experiment was developed by a group of people who thought that if NASA was serious about long-term human space travel, it should conduct an Earth ground-based experiment. This group created a materially closed ecosystem to try to sustain 8 people for 2 years, providing all their food, freshwater, and oxygen and removing carbon dioxide from the interior atmosphere. The Bass Brothers funded its construction for $125 million in construction costs of Biosphere-II,” he explained.

“Biosphere-II was a beautiful, imaginative, and excellent engineering development. Nothing like it had been built before nor since. It was a great idea that failed to meet its developers’ goals. This is its story about why, although it achieved many firsts and therefore many successes, its reputation is as a great failure, a belief that it did not attain any useful scientific goals, and was in the end abandoned as a testbed for closed life-support systems,” he said.

“The books and articles I’ve read over the years about human long-term space travel are almost all devoted to how to get to Mars and back and how to supply it with needed materials and remove waste as necessary. All these books and reports spend almost no time discussing how food will be produced, waste recycled, oxygen made available. It is as if these are simply afterthoughts not worthy of discussion,” he said.

“Biosphere-II was the idea of a small group, and it was a wonderful idea,” he admitted. “The facility as constructed was a building marvel. The project was to have several benefits, including helping us ecologists understand how ecosystems worked and what made it possible for life to persist. And, of course, it was also a test-bed for ecological life-support systems for space travel.”

“I was an early enthusiast for the project, served on the external science advisory panel, and had a contract to develop a computer model of the carbon cycle in the system. Frequently, I spoke by phone with Mark Nelson, one of the biospherians,” he said.

“The creators of Biosphere-II and the team that lived inside wanted the system to become famous and fashionable, so they set a highly publicized goal of the 8 “biospherians” living for exactly 2 years without any exchange of materials with the outside world. The day the 8 people entered the huge structure to be sealed inside was made into a big PR event, with the 8 wearing what looked like space suits but had no real purpose and some well-known people giving moving speeches about the great adventure.”

“Problem No. 1: My impression, from when I first visited the structure under construction, was that the designers and inventors had a sense of a duel function: as a true scientific experiment and as a kind of Disneyland. There were little trains running on inflated tires, taking visitors on a Disney-like adventure to view the main structure under construction and, when functioning, with additional Disney-like promotions — a theater showing various films about the history and development of the projects; many attractive signs telling a visitor what one was viewing. This desire for publicity worked against scientific research goals.”

“Problem No. 2: Insisting that the experiment was completely closed materially to the outside world for the entire two years, rather than allowing some materials to be removed and/or added, as long as careful scientific records were maintained as to the timing and exact amount added or removed. From a scientific point of view, a great deal would have been learned if materials needed to be added or removed was allowed. As long as the weight (mass) transferred was measured and recorded, the real needs to keep 8 people alive for two years could be determined. Much would have been learned about ecosystem function, dynamics, and patterns.”

“Problem No. 3: One of the crew had to be a physician, of course, and the physician long involved with the project, Dr. Roy Walford, had another, rather unusual, primary research focus. He had discovered that if laboratory rats were underfed (but not so severely that they died), they lived longer than those that had a complete diet including adequate calories. He saw the seven people he was enclosed with for two years as a perfect experimental group to test his theory about longevity and food. He took control of the diet, and for the entire time, the biospherians were always underfed, always hungry. Imagine being enclosed with seven other people, some of whom you might not like, for two years, and being always hungry besides. Not only did this negatively affect the emotional attitudes of the biospherians, and it was not a functional scientific experiment, because there was no outside control group with the same diet, and two years was too short a time to arrive at diet and lifetimes. But the physician had his own personal fascination and forced it on the other biospherians.”

“Make sure that the inhabitants in your small group are well fed (and have plenty of fresh water). Even if the diet is survivable, if it is not enough and not tasty and desirable, your small group will fail—-leave the home and abandon each other, exposing themselves to the outside atmosphere with the Coronavirus,” he added.

“Problem No. 4: Serious negative interpersonal relationships developed, with the eight dividing into several groups. With young and vigorous men and women, two romances developed. The two pairs of a man and woman were happy, but they upset and angered the other biospherians, for reasons it is problem easy to understand. Solution: be very careful if your home group begins to sort into groups of two.”

“Problem No. 5: Expect the unexpected. It’s bound to happen. In Biosphere II, A technical problem developed: the oxygen concentration went into a continual decline, eventually reaching an equivalent of Earth’s atmosphere at 15,000 feet, an atmosphere at which airline pilots must have supplemental oxygen. But the CO2 didn’t increase, which didn’t make sense. In the outside Earth’s atmosphere, the decrease in oxygen resulted with an increase in carbon dioxide and vice versa.”

(It turned out that a kind of bacteria was able to live within the cement structure of the building, taking up the oxygen as it respired but burying the CO2 in the cement.)

“A simple solution would have been to introduce the amount of oxygen required to bring the concentration to 20%. Keeping track of weight and balance of the amount added would have made the experiment useful and scientifically successful. But since that violated the Disneyland-like goal, this was refused and the project stopped. Solution: Be ready to adjust the interior materials, as long as you keep track of what you have added and removed so that you don’t lose track of what your closed living environment actually has as its atmosphere, soil, animals, and plants,” he explained.

“Problem No. 7: There are going to be other creatures with you if your home is pretty much sealed against the outside, or even if it is not. You are going to have to deal with uninvited guests, like ants and rats. In Biosphere II, it was said quietly, without formal data made public, that there were outbreaks of ants, which ate much of the crops.”

“These matters in total gave the experiment a bad reputation, underserved because there were so many things that went well and so much learned about living in a closed system on another planet (and for us today, with the Coronavirus and its subsequent disease followers) but a not surprising result of the conflicting goals. For me, it was a sad day for science, because the structure was so marvelous and could have served to advance ecology.”

“Biosphere-II actually met most of its goals, and even when it did not it provided fascinating insights. Unfortunately, the several things that happened gave the project a sufficiently bad name so that the first experiment was not only shut-down but the facility was abandoned for its original purpose,” he said.

“After its interpretation as a failure, the amazing structure was taken over by various organizations, but none had the imagination to make use of the structure’s incredible, unique capabilities. A number of years after the experiment, the Ecological Society of America formed a panel to consider what might be done with it, and the best these professional ecologists could come up with was to turn it into a greenhouse. In short, its amazing technological capabilities would be used to do what can be done with a temporary structure of clear plastic sheets held up by wood,” he concluded.

To learn more about Dr. Daniel B. Botkin, check out his official website.