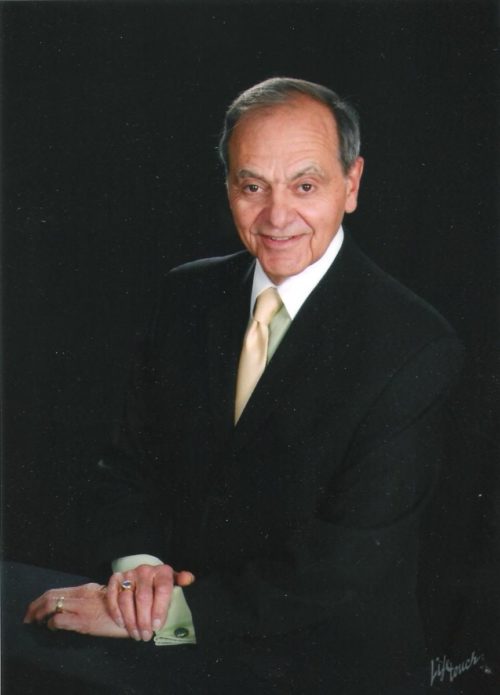 As I am beginning my 50th year working in the Criminal Justice system, I am encouraged by the qualifications of individuals entering this discipline.  In general, they are a more educated and trained group of applicants.

While working full-time in Probation, I attended Graduate School and attained my Master’s Degree and Ph. D.  In addition, I was an adjunct at Raritan Valley Community College, Branchburg, NJ teaching Criminal Justice courses in the evening.  Upon completing twenty-nine years with the Somerset County Probation Department, I decided to consider teaching full-time at the college/university level.  I felt I had a substantial amount of experience and education to make a meaningful contribution to the discipline.  After a lengthy job search, I was offered a one-year teaching position in the Graduate Division of Public Administration at Seton Hall University.   (I retired from probation in August 1996.)  After teaching two years in the Graduate Division of Public Administration, I applied and was hired to teach in the Criminal Justice Department.

In 1999, while teaching at Seton Hall, I submitted my interest in becoming a member of the New Jersey State Parole Board.  This Board is charged with reviewing inmates eligible for parole and deciding who should be paroled and who should not be paroled at the time.  Then Governor Christine Todd Whitman was considering creating the position of “Alternate Parole Board Member”.  I was nominated for this position, endorsed by my District Senator, confirmed by the Senate Judiciary Committee and appointed by the Governor.  Thus began a six-year term on the State Parole Board.  As an Alternate, I would be called to sit in as part of a two member panel when a full-time member was on vacation or out sick.  During my term on the Board I interviewed over 4,000 inmates.  I was available to sit as a Board member on days I did not have classes at Seton Hall.  This was a most meaningful experience as it provided me with a great deal of insight into Criminal Behavior.  In addition, this supplemented by teaching as I was teaching Corrections and Community Supervision courses.

In the early 2000’s, a Professor from Seton Hall University and a Professor from then called Jersey City University assisted in creating the curriculum for Community Policing.  The Federal government provided a substantial amount of money for this concept connecting local police with closer relationships to citizens in the community.  To be certified in Community Policing required completion of a ten-day training program at a Police Academy.  I attended a “Train the Trainer” program and was certified as a Community Policing trainer with the Somerset County Police Academy.  This program continues to be implemented in many police communities today and has provided a philosophy among police officers enhancing their interaction with citizens.

During my almost forty years of teaching full-time and part-time, I have taught at the following colleges and universities:  Seton Hall University, Kean University, Thomas Edison University, Raritan Valley Community College, Rutgers University, and Rider University.  In addition, I sat on Doctoral committees at the Union Institute and University, and the University of South Africa.  This experience has provided me with the opportunity to interact with thousands of undergraduate and graduate level criminal justice students.  Many of these students had been actively working in the Criminal Justice discipline in addition to pursuing further education.

In July 2016, I retired from Seton Hall University after twenty years.  However, I have not retired from Criminal Justice.  In June 2016, I was appointed by Governor Christie to the New Jersey State Parole Board once again as an Alternate.  This has been a great honor to be considered for this important position making decisions on public safety.  In addition, I am an Adjunct Associate Professor at Rider University in the Criminal Justice Department.  This is very rewarding as I am an alumnus (M.A. in Education) from Rider University.

Changes in the Criminal Justice System

As I reflect upon entering my 50th year working in the Criminal Justice system, I have observed a number of significant changes.

Law enforcement has clearly become more professionalized in the past 50 years.  The requirements to become a police officer still vary from county to county and state to state.   However, more and more police departments are requiring a four-year degree or 60 credits.  Even if the department does not require college, those possessing college credits or a four-year degree will most likely be given priority.  The training at the police academies has increased and covers more areas then in the past; i.e, terrorism, diversity training, hate crimes, community relations, etc.  The pool of applicants in many geographic areas has increased tremendously.  Policing has become a sought after career choice for many young adults in many states.  It should be noted that demographics can affect this  significantly.  There are several reasons for the competitiveness for these positions in many states.  Salary levels have increased significantly for policing.  The average salary of a police officer in New Jersey is $90,000.  Many applicants find policing to be an exciting and interesting career.  Applicants may also feel a commitment to a sense of duty to the community and the public.

At this time law enforcement has come under a significant amount of scrutiny.  In addition, based upon the events of the past several years, it appears police many be “targeted” by certain individuals and groups.  This is very concerning and as a result the “Ferguson Affect” (police being hesitant to execute their arrest powers) is more and more evident nationally.

It is imperative that law enforcement authorities be much more aware and vigilant about their surroundings.  It is also important that citizens assist by volunteering to assist law enforcement agencies in meaningful ways.  “If you see something – Say something.”  In addition, there are a number of ways citizens can volunteer in their local police departments.

There are approximately seven million people under correctional supervision in our country.  The United States incarcerates the greatest number of individuals than any other country.  Approximately 2.5 million are on probation, almost 2 million on parole and 2.5 million incarcerated.  Supervision of convicted individuals represents the largest numbers of individuals under the correctional umbrella.  Therefore, the importance of probation as a sentencing alternative will increase, I believe, significantly in the future.  The cost of incarceration is very expensive, 35 to 40 thousand dollars approximately per year.  This cost increases significantly as the incarcerated age and require more medical care.  The annual cost to provide probation supervision is approximately $4,000 yearly.  However, the overall purpose of the Criminal Justice correctional system remains public safety.

I am encouraged to see the professionalism and education of the individuals seeking to enter this area of criminal justice.  All must possess a four-year college degree in Criminal Justice or a related discipline.  However, a number of applicants possess a Masters Degree or are contemplating pursuing further education.  The salary levels have increased significantly.  These are career positions with opportunities for further upward mobility.

The correctional system is presently under significant review at this time.  The old philosophy of “lock them up and throw away the key” has been found generally to be ineffective in reducing the overall crime rate.  In fact, in many cases it may increase the criminalization of the incarcerated.  Recidivism rates are approximately 60% once released from incarceration.  Alternatives to confinement, specifically for those not violent are becoming more helpful in the rehabilitation process.  Community based alternatives, i.e. community release centers, halfway houses, ISP (intense supervision), Drug Courts, Day reporting centers, Mental Health Courts, Veterans’ Courts, are some examples of alternatives to incarceration.

For those incarcerated individuals, re-entry to society is of paramount importance.  The most successful re-entry programs are begun while the individual is still incarcerated.  Programs such as drug and alcohol counseling, anger management, parenting skills, behavior modification, G.E.D. and even college courses are available for some inmates.  In addition, job skills training programs are important so that they prepare inmates for attaining employment once released.  It should be noted that programs and training offered may differ from institution to institution and state to state.

The New Jersey Correctional system has reduced their prison population by approximately 10,000 inmates in the past ten years.  This has been accomplished by improved re-entry programs preparing inmates for return to communities.  New Jersey, in fact, is considered to be a “model” nationally in relation to re-entry programs and alternatives to incarceration.  However, there is still more to be done to insure public safety and improve the rehabilitation process.

Although I have worked a significant number of years in Criminal Justice, I am excited and enthusiastic to be able to continue in this most meaningful career choice.  The Criminal Justice system is not perfect; however, I can say without reservation that the system has improved considerably in the past 50 years.  I look forward to continue involvement in the Criminal Justice system and its improvement.  I enjoy teaching and am gratified to be teaching in a discipline that can help influence and guide future criminal justice practitioners.