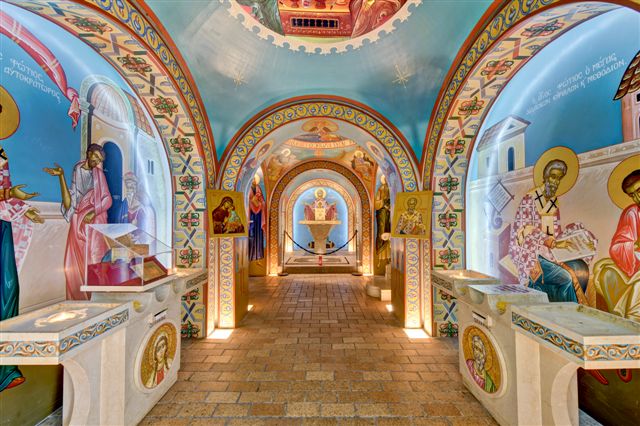 Mrs. Katherine Bacalis, chair of the St. Photios Greek Orthodox National Shrine Essay Program, announced the results of the 15th annual writing competition that presents an opportunity for teens to witness their faith.

Mrs. Bacalis thanked committee members Dr. Tony Tsitos and Dr. Constantine Santas for their years of dedication to the Essay committee and judges Michelle Farah, Tom Gibson and Rev. Dr. Milton Magos.  “Let us not forget the sponsors of this meaningful program,” said Mrs. Bacalis.  “The importance of education and information as power was the vision of the V. Rev. Nicholas Graff and it was and is the support of his aunt, Kathie D’Anna of blessed memory, that funds the promotion and prizes of this program 15 years later.  We also thank the AHEPA chapter #6 who directly reward the writers for their achievement.”