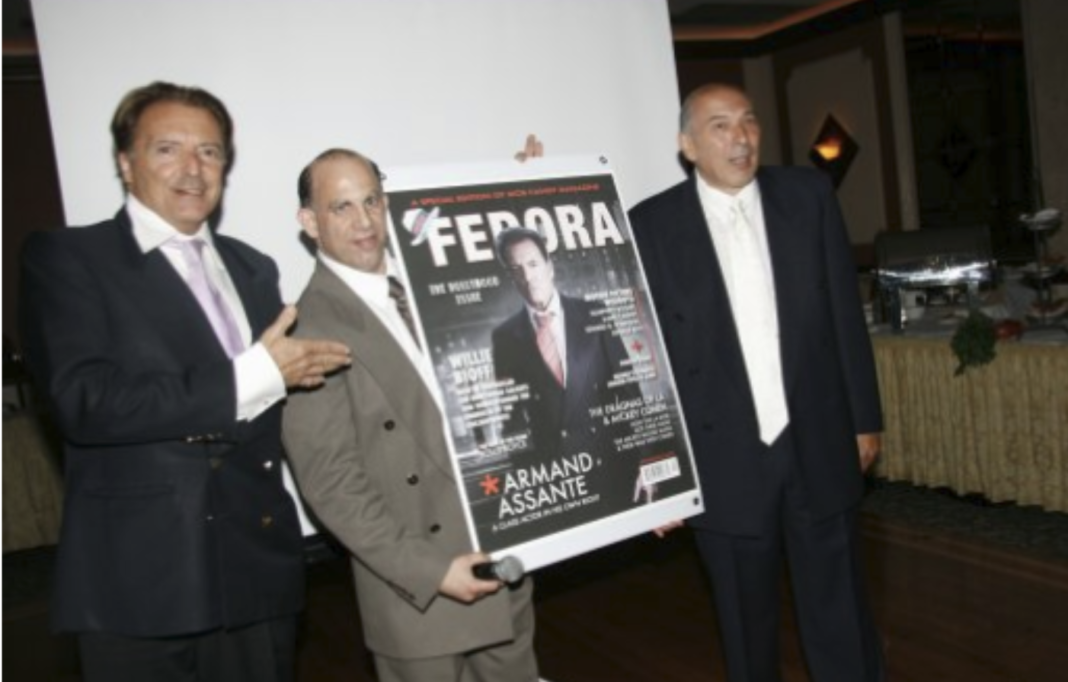 Nick Christophers, has published a few books one being a work of fiction called Destinies,  the second “Prison Rules” (with ex-John Gotti Jr bodyguard, John Alite) and the third being “Godfathers of the Night, In the Shadow of the Mafia” (about the Greek Mafia) all are available on Amazon.com now.

I spoke with Nick about the book recently.

“My knowledge and fascination with the mob world. I loved writing since I was a kid and it all started after reading The Outsiders by SE Hinton (an excellent book, folks! Was life-changing for me too–ed note.) that got me to write as well. I used some of my own experiences in the book.” 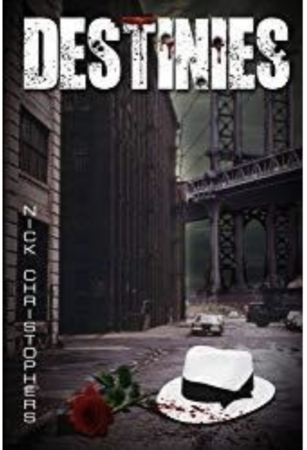 So far Destinies is getting positive reviews and has a five-star rating. (Nick also recently was in a mob documentary shot by a UK production company called “Mafia Killers w/ Colin McLaren” on the cable channel REELZ).

Nick, who I go way back with — many years, actually (he lives blocks away from me). His other two books have also received good reviews, “Prison Rules” with 5 stars and the Greek mafia book is gaining popularity. The Greek mafia book is a rare item which details the Greek mobsters and how they worked with the Italian and Irish gangsters. It covers their history in America, Canada, and Australia and of course Greece.

Nick is a published writer for the past 20 years in many print and online publications. He was the editor for the national magazine Mob Candy Magazine. He has won an award for exceptional reporting for radio program AKTINA FM. He runs his own small PR firm Nick Christopher Ink Corp that submits content to multiple platforms. His knowledge of organized crime is extensive as he is not only a historian but knew many OC figures and still does.

Nick grew up seeing wiseguys walking into a cafe his father once ran. Nick has his own Cosa Nostra contacts, too. He’s an entrepreneurial, working journalist who some may recall served a stint as an executive editor at Mob Candy.

“I was in awe of them with their swagger and style. There was our weekly bookie I will call him Mr. Bookie who came every week to either pick up or drop off the football sheets and take action in the back room. Or Mr. M who always sat at the same stool every day and ordered the same thing while chatting up with my Dad and Uncle about horse bets. Then there was the soon to be boss, Vic Orena, who came around with his two sons later to be embroiled in a war with Carmine “The Snake” Persico. Also, a member of Sonny Black’s crew would come around after he moved to Belle Harbor, John “Boobie” Cersani who I became close to and went to AC with.”

“Of course, we also had the Jewish wiseguys like Mr. A and his bully son Hunter I got along with them and shared drinks many times at the Long Island night clubs. When it came to the Greek guys, I knew many when I frequented clubs like Silver Screens, Papagalo’s and Jimbo’s in Astoria. The one they called “Sagafias” I actually met many times and visited him in prison where he is doing life for a crime, mind you, he did not commit. My fascination I think derives from the above facts and that I joined a gang when I was in Jr High for protection from the bullies I had in Public School. I picked fights with them in Jr High and since I had the Bay Boys behind me, I felt safe. The gang was led by two Greeks so I fit in well. To this day I still know a few ex-made guys and have contact with them. I guess I will always have some kind of touch with the darker side.”

Currently, his first book “Destinies” is on the shelves at the Kew Gardens section of Queens at the store Kew & Willow Bookstore. Be sure to check out his three novels on Amazon and other bookstore platforms like Barnes & Nobles. Especially “The Godfathers of the Night, In the Shadow of the Mafia” an interesting book about the Greek crew very few knew even existed.