This years’ Epiphany celebration in Tarpon Springs will go down in history. For the first time ever, the Prime Minister of Greece, the newly-elected Kyriakos Mitsotakis attended the celebration alongside the newly enthroned primate of the Greek Orthodox Church in America, His Eminence Archbishop Elpidophoros. Both were greeted by Tarpon Springs mayor, Christos Alahouzos, who happens to be Greek as well. Mayor Alahouzos is currently on his second term serving as the mayor of Tarpon Springs. 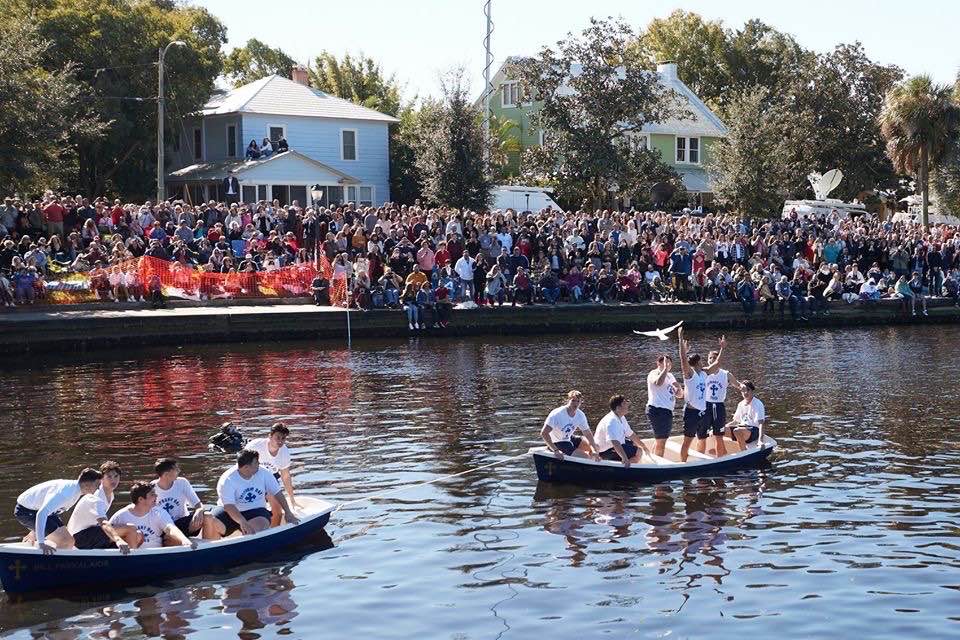 The Epiphany Cross throwing celebration is a tradition that has been part of Tarpon Springs’ Greek American community for over 100 years. This year’s celebration marked its 114th anniversary of the cross throwing, which symbolizes the baptism of Jesus Christ in the River Jordan by St. John the Baptist.  People from all over the country gather and cheer on local Orthodox Christian men, ages 16 to 18, that dive into the Spring Bayou to retrieve the cross thrown in by the Archbishop.

The Hellenic News of America sat down with the Mayor of Tarpon Springs, Christos Alahou- zos to learn more about this year’s Epiphany celebration. “It is a big celebration for the entire city and this year is even more special because we have with us the new Archbishop Elpidophoros and have the Prime Minister of Greece, his excellency Kyriakos Mitsotakis. I am very happy because everybody is talking about Greece and about the Prime Minister. It is very good for Tarpon Springs as it is a huge economic boost to our economy. His visit also gives me the opportunity to have a small discussion with him of issues that are important to the Omogeneia, the Greek Americans of America and the Greek Americans of Tarpon Springs,” expressed the mayor.

The mayor shared that he is grateful to the new government for the opportunity and the right to vote in Greece. Mayor Alahouzos was born in Kalymnos, Greece, a small island that is part of The Dodecanese in the Aegean sea. He hopes to brief the Prime Minister on issues his sister cities (Kalymnos, Halki, and Symi) face. Kalymnos has an academy for captains on the island, but they would also like to have a chapter for engineers, which would be helpful for all the islands as then they do not need to travel to Athens or Thessaloniki. He stressed the importance of having them educated right there on the island which would be beneficial to the local economy of Kalymnos. “The sales tax is pretty high in Greece, especially for the islands as everything is imported. I t is hard to have a high sales tax, it is supposed to be reduced in order to generate more funds and a better economy,” said the mayor.

Tarpon Springs is home to approximately 3,500 Greeks. It is a center point of Hellenism. Tarpon Springs is home to 10 charter schools, one Athenian Academy and nine Plato Academy Schools. “I am very proud of the schools we have because not only are we providing outstanding education in the English language but also providing Greek as a second language and that’s a plus. We have 3,500 students, not everybody is Greek but we have many American kids that are learning Greek.

These students are going to be representatives of Greece and I am very proud that three thousand students are starting their day by saying the Greek national anthem as we did years ago when I was a kid in Kalymnos,” expressed Mayor Alahouzos.

Over 25,000 people from all over the country attended this year’s Epiphany celebration in Tarpon Springs. 18-year-old Hunter Sakadales came out victorious in this year’s Epiphany Cross throwing celebration out of 57 participants. Church service took place at Saint Nicholas Greek Orthodox Cathedral and Metropolitan Maximus of Ioannina blessed the fleet of the historic sponge docks. Hermes Expo 2020: A unique business networking event for the Greek...