GreeceCultureOn the Road in Greece: Eleusis, The Great Mysteries at the Acropolis...
GreeceCultureFood and TravelRegions of GreeceTravel

On the Road in Greece: Eleusis, The Great Mysteries at the Acropolis Museum 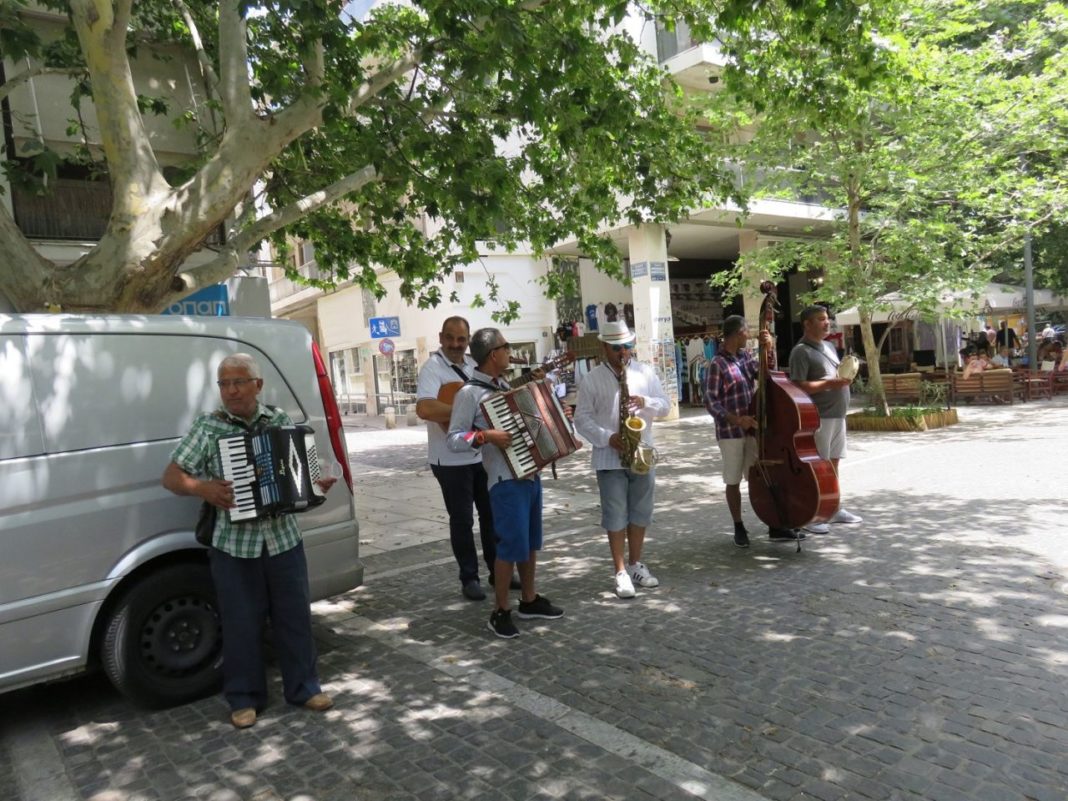 On a pleasant day, I walked to the Acropolis Museum from my hotel the Parthenon. On the way, I enjoyed hearing Zorba the Greek from a street musical ensemble at Dionisiou Areopagitou road. I stopped by a pharmacy and met Ellie Galiatsatou, a businesswoman/actress, selling organic honey products. “We use our honey for digestive, body and muscle aches.” The journey to the Acropolis Museum was the best part of the trip.

There was tight security at the Eleusis, The Great Mysteries. An English couple said they “came specially to see the exhibit at the Acropolis Museum.” A video described the 11-mile procession from the center of Athens to Eleusis Telesterion, in Western Attica.

The Eleusinian Mysteries were initiations held every year for the cult of Demeter and Persephone based at Eleusis in ancient Greece. They are the “most famous of the secret religious rites of ancient Greece. Their basis was an old agrarian cult,[2] and there is some evidence that they were derived from the religious practices of the Mycenean period. The mysteries represented the myth of the abduction of Persephone from her mother Demeter by the king of the underworld Hades, in a cycle with three phases; the descent (loss), the search, and the ascent, with the main theme being the ascent ) of Persephone and the reunion with her mother. It was a major festival during the Hellenic era and later spread to Rome.

Similar religious rites appear in the agricultural societies of Near East and in Minoan Crete. The rites, ceremonies, and beliefs were kept secret and consistently preserved from antiquity. For the initiated, the rebirth of Persephone symbolized the eternity of life which flows from generation to generation, and they believed that they would have a reward in the afterlife. There are many paintings and pieces of pottery that depict various aspects of the Mysteries.”1

An exhibit said “It was at Eleusis that the last act of a divine drama unfolded: the despondent goddess Demeter was reunited with her daughter Persephone who had been abducted by Hades, god of the Underworld. Motivated by her gratitude, the goddess revealed the secrets to cultivating grain to mankind and announced that she would bring happiness to all those who would participate in the Mysteries, the secret religious rites of her cult.” That is why the mysteries were important to a farming community that needed wheat to feed their families.  The Acropolis Museum and the roads to it is an inspiration to the tourist.