St. Photos Announce Scholarship in Honor of the 200th Anniversary of Greece’s Independence 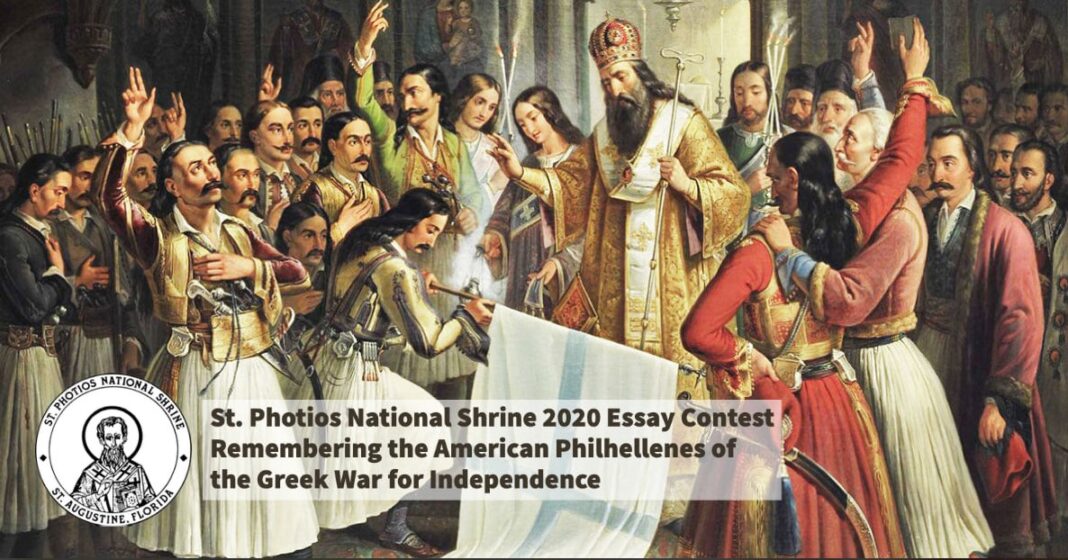 In honor of the 200th anniversary of the Greek War for Independence, which will be celebrated globally in 2021, the St. Photios National Shrine is proud to announce the theme for its annual essay contest, commemorating the great connection shared between the nations of Greece and the United States. The quest for freedom is an underlying theme in the story of the first settlers who arrived in the New World and whose memory is honored at the St. Photios National Shrine.

A single essay will be selected as the winner by a committee and will receive a $1,000 prize.

All participants will receive a certificate. The committee will also select certain essays that will be used in the Shrine’s upcoming exhibition in 2021 that will feature the Greek Independence Bicentennial. Essays selected will also be shared in various national publications to further expand on the information about the important role these American philhellenes played in the Greek War for Independence.