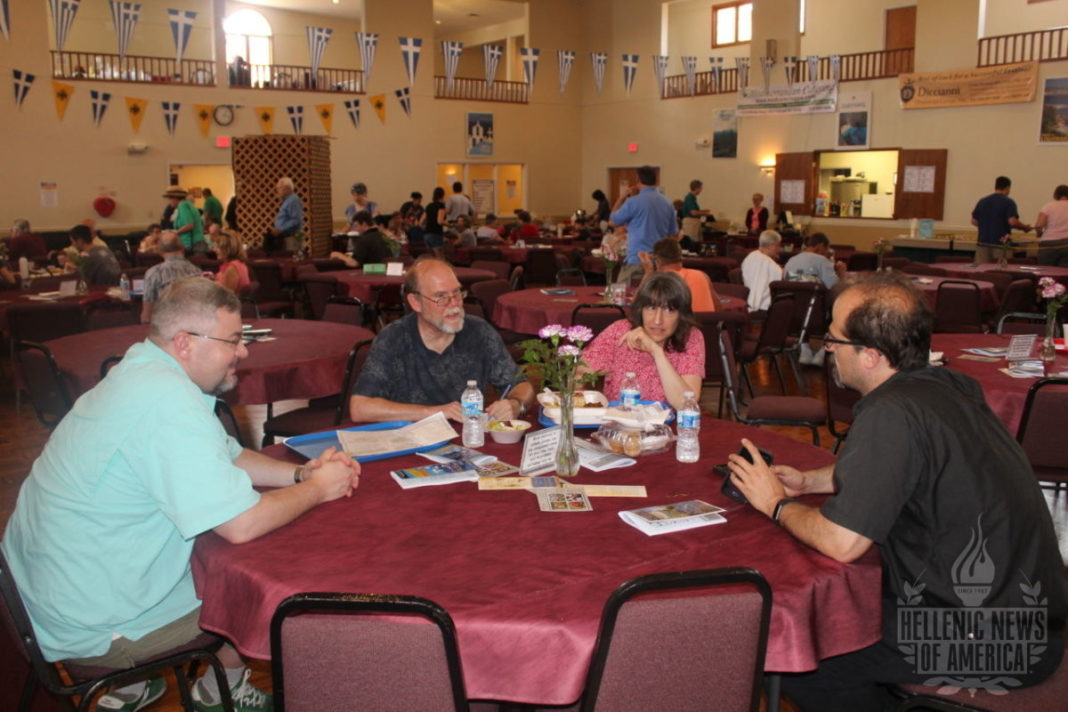 By: David Bjorkgren, Special to the Hellenic News of America

“The festival is our primary fundraiser but it’s also a celebration of Greek culture,” said Parish Council President Alex Nikas.  Everyone, Greek or not, is welcome.

Greek festivals are a popular way to help parishes in Greek Orthodox churches stay financially afloat, said Nikas, who has also served as treasurer and who can be seen parking cars at the festival.

“We have sort of figured out a formula that works,” Nikas said. “You have Greek food, obviously. There’s a tradition that you have a tent outside and most festivals will have a tent so you maximize your entire space. You have a fast food type of atmosphere outside and then you have your fine dining restaurant inside. And that’s not just here, you’re going to find that at most of the Greek churches in the area.

“You invite people to see your church. Most of the time it’s the only time they’re going to come into your church…” he said.

Churches that have land, like St. Sophia’s, often have amusement rides. The church partners with a family-run operation out of Douglasville, Pa. They set up and run the rides, along with concessions and games.

“We get 20 percent of the ticket sales but their rides draw people in to spend money on our food,” Nikas said.

He estimates they have about 8,000 to 10,000 people attending the festival over the five days, though no one actually counts since no one pays admission or for parking.

“Some places charge admission.  We don’t think that’s worth it. We think we make more money selling food and offering free admission,” he said. “This is the formula that works best for us.”

“This year we’re doing OK. The weather has been a little bit iffy,” he said.

David Betsy of Colonial Marble and Granite was working a table June 4 on a sunny Saturday in the festival’s business tent. Betsy said the owners of the company are Greek so the company comes every year to support St. Sophia’s festival and put its products on display.

”You really get the sight, sound and smells of a fair,” he said. “The highlight is the food,” Betsy said.