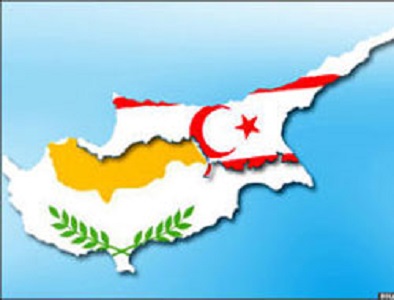 One more time the Cyprus government has been caught napping not having a strategic plan to diffuse Turkey’s anticipated provocations; provocations that have now been put into practice! Like modern pirates, Ankara has sent five war ships with one objective; to flex its muscles and stop ENI’s gas exploration inside Cyprus’s exclusive economic zone (EEZ).

Because of Turkey’s refusal to sign the Agreement of UN Convention of the Sea it has the audacity to claim that 70% of those resources found between Cyprus and Egypt actually belong to the Turkish Cypriots and Turkey. It is therefore no co-incidence that Ankara has chosen this specific moment in time to issue a Navtex for military naval exercises without consideration or the respect of international law.

As expected, the Turkish vessels intercepted ENI’s Saipem drillship from reaching its offshore Plot 3 Soupia. Using threats of conflict the warships blocked Saipem from continuing its exploratory drilling voyage. Before the first Navtex had even expired, Turkey issued another one extending its naval control this time across the Eastern Mediterranean to include parts of the Aegean and Cretan waters. This is a cunning blackmailing tactic under the pretext of justifying its control over Plot 3 to serve as a warning to both Cyprus and Greece that Turkey has the power to dictate events in the area. After days of friction Turkey’s new military provocation has forced ENI the Italian/French consortium to abandon its drilling plans and withdraw Saipem from the area.

One can see clearly Ankara’s plans; it will keep on renewing the Navtex until Cyprus is pressured by outsiders to submit and negotiate its natural resources under Ankara’s terms. To even “talk about it” would be a grave political mistake if the government succumbs to pressure of such a discussion; that would indicate concessions are more likely than unlikely!  So far Cyprus has refused to link the two until a political settlement has been reached.

It is no coincidence that the Turkish Cypriot administration is now also blackmailing Cyprus declaring that it would not return to the negotiating table unless all the 12 Plots are placed on the table for negotiation before a political solution is agreed. Actually, they are now also warning Cyprus militarily (for the first time ever) that the TCs have the means (meaning Turkey’s military might) to stop any further drilling operations inside Cyprus’s EEZ.

Adding salt to injury, the TC regime have intentionally laser-carved on the side of Pentadaktilos mountain the massive lettering K.K,T,C (Turkish Republic of Northern Cyprus) next to the illuminated Turkish flag as a way to provoke the Greeks. What kind of a mentality is that from people that claim to be “Cypriot compatriots”?

Meanwhile Cyprus is trapped and the government is now busy seeking political support to deal with Turkey’s latest bullying tactics. Mr. Donald Tusk, the EU President on behalf of all the EU leaders, expressed his sympathy and confirmed his support of the sovereign right of the Republic of Cyprus to: “explore and exploit its natural wealth inside its exclusive economic zone EEZ”.

Cyprus has heard such shallow rhetoric many times before; it does not need fancy words and sympathy but action! As meaningful as they are, Cyprus has barrelful of such useless UN and EU resolutions amounting to nothing drafted by paper lions. Turkey simply ignores and dumps them under the carpet.

In July 2014, the EU imposed severe economic sanctions against Russia for its “invasion” of the Ukraine and yet it has declined to act in a similar manner in support of one of its own member-states. It is high time that Cyprus recognized that there are no real friends or loyalty in politics but self-interests. Indeed, the EU is playing a cunning game of rhetoric without substance at the detriment of Cyprus.

As a full EU member, Cyprus should expect no less than to receive the same respect and support as Ukraine did – apply EU sanctions against Turkey! That would send a devastating economic and political blow to the Erdogan regime, which is using brutality to solve issues. Such behaviour is not and cannot be tolerated in a civilized society and especially in the European Union!

Irrespective of what happens next, the EU’s long-term interests are well secured either way. There are gains to be made from Turkey that offer  a massive consumer market and the crossroads to the East, but also from tiny Cyprus that offers the greatest discovery of natural gas resources in the area.  Hungry for energy, Cyprus’s liquid treasure would keep the European wheels of industry turning for years to come.

If Cyprus is to deal effectively with the current hostilities, it desperately needs a new defense policy to safeguard the country and its natural resources from pirates like Turkey. Such a policy should have been applied years ago, but successive governments have failed to do so! Turkey’s aggression in co-ordination with the TC administration’s refusal to negotiate unless the natural gas is offered as a part and parcel of the negotiations, it leaves no other option for Cyprus to put an end to the ongoing “negotiations” charade.

It is much wiser to have no solution than a bad solution! Any further attempts to negotiate under gunpoint diplomacy would be suicidal and certainly bring about the end of the Republic.

This is a wake up call for Cyprus to abandon the old strategy and formulate a new tactical offensive policy that will trigger political and economic cost to Turkey but also a cost to the TC puppet regime. Their conspiracy to destroy the Republic is certainly a treacherous act and such a crime is treated as an act of treason in any country in the world. In Turkey thousands have been locked up for even thinking about questioning Erdogan’s authority!

Cyprus as a full EU member has the political and legal prerogative to insist on EU sanctions against Turkey that would cost Ankara dearly. If the government does not initiate radical new policies, Turkey will continue its bullying tactics and no one knows how far Ankara will take its provocations unless stopped on its tracks.

Should the Commission fail to support a member state in times of adversity and foreign aggression, then why remain a EU member at all? The possibility of a sensible political Cyprexit (but remain within the Customs Union Agreement) could in fact tip the balance of events and trigger a hurricane for the EU institution as Brexit has done. It would finally force the EU Commission to re-consider its priorities and main role as to its responsibility towards all member states.

Today, Cyprus has no other option but to resist further talks and go ahead and apply new effective political measures against Ankara and the Turkish Cypriot regime, which has decided to use militant rhetoric and threats against the Republic of Cyprus. Such statements of conflict by the TC regime makes it abundantly clear that the regime no longer represent the interests of their own people but the interests of their paymasters in Ankara; for they dictate their every move!

There are public feelings that the government must now take action and shut the crossings but also freeze all EU funding to the TC puppet regime until they come to their senses and put an end to Turkey’s meddling and hostilities.  As a way forward Cyprus passports and citizenship held by TCs must also be revoked until a reunification solution is found without any presence of Turkish troops on the island.

Games of deviousness must finally come to an end and allow the two peoples to prosper together as equal citizens and to share equally the rewards of the Republic such as; EU citizenship, freedom of movement; the wealth of natural gas and social stability but above all else, live in peace under Democracy and the Rule of Law. The TC cannot have it both ways! 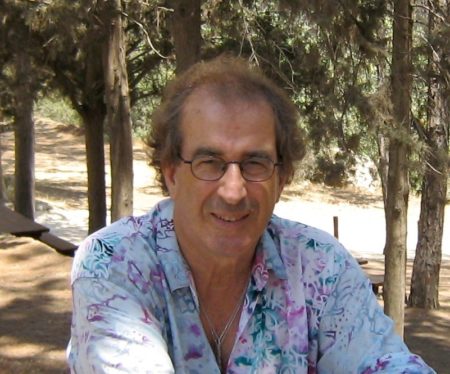 Andreas C Chrysafis is a UK published author of five books and over 400 press articles. His latest books “Aphrodite’s Sacred Virgins” and “Andreas C Chrysafis Art – Volume 1” are available to the reading public from bookshops and online providers such as Amazon Books and Kindle Books worldwide.