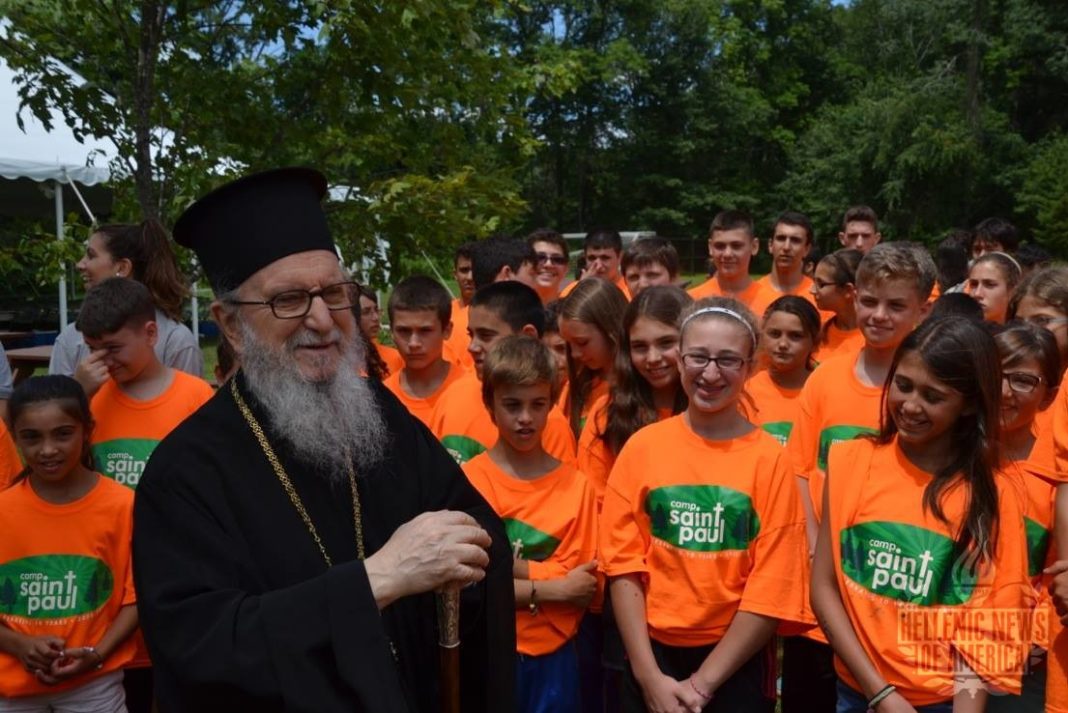 NASHVILLE, Tenn. – In a Fouth of July festive atmosphere, His Eminence Archbishop Demetrios of America declared the official opening of the 43rd Biennial Clergy-Laity Congress of the Greek Orthodox Archdiocese of America and delivered the Keynote Address on the theme of this year’s Congress, You are the voice of Christ in a changing world – As the Father has sent me, so I sent you (John 20:21).

The program started with the opening prayer service officiated by Archbishop Demetrios, while the choir of the National Forum of Greek Orthodox Church Musicians chanted the hymns. Both Greek and American National Anthems were sung by Elias Kastritis and Gordon Thomas respectively. George and Lee Ann Anderson, who are chairing the 43rd Clergy Laity Congress offered a warm welcome to the participants and served as the presenters of the program.

The Honorable James Cooper, US Congressman from Tennessee’s fifth congressional district in his greeting, expressed his support for the cause of religious freedom for the Ecumenical Patriarchate, and the cause of freedom from persecution in the Middle East. Maria Logus, National Philoptochos President, also offered a greeting and reminded everyone that the National Philoptochos, holding its Convention concurrently with the Clergy-Laity Congress, marks 85 years of philanthropic work and giving.

His Eminence Metropolitan Nicholas of Detroit, the host hierarch, expressed his joy to welcome back to Nashville the 43rd Congress, ten years after it was first held here in 2006.

Archbishop Demetrios appointed the Legal Counsel of the Archdiocese Demetri Moschos to preside over the proceedings of the Congress, and he called the meeting to order.

His Eminence Archbishop Demetrios of America started his keynote address by wishing everyone “Happy 4th of July.” He reminded everyone that this Congress takes place “immediately after a historic event for global Orthodoxy, namely the Holy and Great Council of Orthodox Autocephalous Churches in Crete, Greece.”

The Archbishop also pointed out another event of exceptional importance for the life of the Church, for which he said we give thanks to God, “the ground breaking ceremony for the building of St. Nicholas at the World Trade Center, Ground Zero,” the building of which has significantly progressed and is moving along.

His Eminence also reported extensively on the life of the Church since the Clergy-Laity Congress of Philadelphia in 2014. (see full Keynote Address: https://www.goarch.org/news/43clc-keynote-address-07042016

Archbishop Demetrios in analyzing the theme of the Congress posed the question: “How are we offering the voice of Christ in a changing world through the ministries and service of our Greek Orthodox Church in America?” He answered the question by settting forth three tasks for the next two years.

Eight hierarchal sessions followed, where the Metropolitans of the Holy Eparchial Synod analyzed and discussed the theme of the Congress.

The afternoon program included meetings and workshops of the various ministries of the Church.

A Fourth of July celebration with the participants watching fireworks aboard the General Jackson Showboat was scheduled in the evening.