Island stories conjure images of remote destinations – Ascension or the Faroe Islands.  At just 16 square kilometers (10 square miles) with a permanent population of less than 800 and a nine-hour ferry from Athens to the far southeastern Aegean near the Turkish coast, Lipsi is an island lover’s dream and a journey to tradition.

Located in the Dodecanese group of 15 larger islands, many inhabited for over 4,000 years, Lipsi was absorbed into a succession of empires and rulers from the Romans and Ottomans to the Italian empire of Mussolini (1912-1943). All left their imprint on Lipsi. Expect Italian, not English, to be the second language.

United with the Dodecanese group and the Greek Republic in 1948 Lipsi has maintained a way of life that could define tradition. From artisan cheeses and wood oven baked breads, handmade ecclesiastical beeswax candles, weaving on a century old loom, bathing at another secluded beach to leisurely sipping tsipouro while enjoying meze on the waterfront, Lispi is for seekers of tranquility.

The Mavrakis family have owned Hotel Aphroditi since 1997. Spacious room 16 on the corner had a nice view through pine trees of crescent shaped Lientou beach just across the street. Hotel Aphrodite is a convenient 5 to 10 minute walk to the waterfront and center of Lipsi Town.

In two days I tasted a veritable menu of southeastern Aegean cuisine and wines in Lipsi Town. Of course being Greece all were shared meals.

Gathering at a bakery cafe for breakfast is a beloved tradition in Greece. In Lipsi Town at Kairi Bakery (Traditional Bakery Patisserie Cafe), freshly made pastries, Greek coffee, fresh fruit with Greek yogurt and wild thyme honey along with leisurely conversation was a fine start before exploring the island.

Manoli’s Tastes is in the midst of Lipsi Town’s narrow old streets. Manoli’s Tastes is set in a picturesque old building and specializes in slow cooked braised meats paired with a Near East influence of dried fruits, which adds a rich, complex and slightly sweet flavor.

Chef Manoli laid out a small buffet for lunch of his specials of the day including braised rabbit with dried figs, Lamb with dried apricots, beef strifado and pork with lemon. In his crisp red uniform, chef expertly flambéed grilled octopus.

Asprakis Ouzeri:  Traditionally an ouzeri sells ouzo and tsipouro as their house drink with a menu of meze – small plates to share. (A tapa-size meze will always be included with each drink ordered just about anywhere in Greece).

With fishing boats framing the background octopus is char grilled and served with a buffet of meze, which included smoked mackerel, octopus and cuddle fish in a savory sauce of tomatoes and herbs, octopus in vinegar, tuna with vegetables and balsamic, back eyed peas and feta cheese with peppers.

But the star of the lunch was a tender grilled local Aegean fillet of stingray in a savory garlic sauce.

Rock Ouzeri’s Babis Vavoulas provided the same relaxing waterfront garden atmosphere. Seafood Saganaki at Rock Ouzeri with shrimp and octopus cooked in tomatoes and herbs was the centerpiece to his traditional meze table.

Lipsi Winery opened in 2013 on 4.5 hectares. The winery is an attractive modern facility of local stone and stucco. Harvesting commences late July and runs through September. They produce 30,000 bottles and age in expensive French oak barrels. Grape varieties are Fokiano, Assyrtiko, Athiri, Syrah and Mandilaria.

Lipsi Winery’s passion is reviving fokiano, an ancient indigenous grape to the Dodeanese. Lipsi Winery produces three widely different wines from the fokiano grape and two from other varieties.

Blanc de Noirs from the first harvest of fokiano grapes has a fresh aroma of dry summer grasses with a dry slightly herbal finish.

Psilante Rose from the second harvest tastes of cherry and red currents with a semi-dry finish. Perfect chilled on a summer afternoon.

The one wine you want to take back home with you is Aposperitis 2013, their triple gold medal winner from late harvest sun-dried fokiano grapes. Aged two years in oak and can be bottle aged up to 16 years, it was bought by the Vatican to be used at baptisms when Lipsi was under Italian rule.

It has aromas of oak, sweet tobacco, maple, caramel and dried apricots. It’s a wine to savor by itself like a brandy after dinner.

Aloni (white) is a dry, aromatic blend of two classics, 70% Assyrtiko and 30% Athiri. Light and floral with hints of honeydew melon, gardenias and white peaches.

Geromavro (red) is a blend of Mandilaria and Syrah aged 12 months in French oak. It has rich aromas of dry cranberries, roses, hard red candy and sweet pipe tobacco with a dry finish.

Lipsi Winery is open for tastings.

All cheese starts the same way. Pasteurize milk, add rennet and let the milk sit for 24 hours to separate the curds from the whey. But at Traditional Organic Lipsi they then alter this base process.

The soft curd mass is slowly stirred until broken up very small. They then sit another 30 minutes. Part of the whey is removed from the kettle (they feed it to pigs) and the curds are hand compressed in the pot. The curds are scooped into perforated plastic baskets to drain.

Again the cheese maker presses the curds into the basket until a significant increase in the average volume is compacted. The cheese maker does not allow it to sit in the mold draining further but unmolds onto a rack to continue the drying process. The result, after aging, is a denser, creamer cheese than the average.

At Vendita Cheese farm visiting Despina Kairis and her father  is like stepping back into the 19th century. Arriving in the late afternoon, golden sunlight bathed the old stone farmhouse and goats being brought in from the pastures for the night. The milk from these same goats will make the exquisite unpasteurized artisan cheeses of Vendita Farm.

Their cheeses are 70% goat and 30% cows milk. They produce Lipsi cheese and Myzhythra (or Mizithra). The most traditional, almost 19th century, small batch cheese making techniques are utilized including draining in hand-made woven baskets.

Mizithra is made from raw, whole ewe’s or goat’s milk in the simplest way possible: milk is brought to a slow boil for a few minutes and then curdled by adding rennet or whey from a previous batch.

Despina makes three variations in the aging process: (1) coating the cheese with flour to absorb moisture resulting in a hard cheese that’s good for grating. (2) Marinating the cheese in salt water creates a softer cheese with a slight tanginess. (3) Oil cheese can marinate 1 year, but 6 months is the average. They make an oil cheese variation with herbs. It has a soft texture and an intense flavor with hints of caramel. Perfect to eat by itself on crusty bread.

At Kairis Traditional Wood Oven Bakery  Takis Kairis and his bakers excel at the vast variety of breads Greeks devour with a passion. Using fresh yeast and an endless variety of seeds, flours and grains, they produce everything from  breads for ecclesiastical services to luscious, buttery brioche-like breads perfect for breakfast.

Fires made of olive and eucalyptus wood must heat the ovens starting in the early morning hours well before sunrise. By 6:00 a.m. the first customers arrive while the warm bakery is filled with the aromas of yeast, wood and fresh bread.

Mrs. Crystalli Bakery is the oldest continuous bakery on Lipsi founded in 1951 by the Crystalli family. The Crystalli women excel at cheese pies, both the round one, which tradition holds is served only at Easter, and the less sweet half moon shape encased in flaky pastry. The Easter pie is only made with goats milk Mizithra. Regular cheese pies use Mizithra, ladotin and feta.

The basic mixture is cheese, eggs and a bit of flour. Both cheese pies are savory rather than sweet, although the open faced Easter pie is sprinkled with a bit of cinnamon and sugar. The regular pie is a convenient hand held fast food or an elegant meze served warm drizzled with wild thyme honey and crushed walnuts.

Among the many pastries Crystalli Bakery makes are xerotigana (fried dough strips) that are a traditional sweet served to guests at Christmas, Easter, and events, such as weddings and baptisms. Kserotigano-dipla is a traditional flaky rolled fried Greek pastry drizzled with lots of honey syrup and sprinkled with chopped nuts. They bake as well giant round loaves of Monastery bread specifically for Greek Orthodox services.

And honey of the gods:

Malipsi Thyme Honey Lipsi (Nikiforos Klapsi Laboratory) is a small organic vegetable farm within Lipsi Town. The compact little farm uses only water and no fertilizers/chemicals. On Greek island farms, where fresh water is often a premium, plants grow in furrows or shallow “bowls” made in the soil to concentrate water onto the roots of the plant. The over a dozen vegetables and fruits sold range from artichokes to guava.

The garden maintains it’s own beehives for pollination, the production of thyme honey and beeswax soaps scented with fresh herbs and flowers such as jasmine.

Thyme Honey of Lipsi: Pantelis Klapsis (telephone: 6987813857) is a multi-talented folk artist, candle maker and beekeeper. His beeswax candles are often made for Greek Orthodox churches, which require a large quantity of candles in varying sizes. One interesting feature of beeswax candles is their flexibility. Unlike paraffin candles, beeswax simply cannot break when bent and can take on a variety of shapes.

Besides harvesting the beeswax for candles, Pantelis sells wild thyme honey and honey based products such as soaps, creams, royal jelly and bee pollen.

Pantelis is a folk artist as well using mostly found objects, and he loves colorful birds. He also enjoys siting, chatting and sipping homemade Tsipouro, but then he’s Greek.

Islands and beaches are often synonymous. Lipsi has over a dozen fine beaches to suit all tastes and none of them have beach bars to shatter nature’s tranquility. Due to the island’s gentle typography and small size it’s easy to hike from town to any of the beaches. Pick up the official guide, “Lipsi Your Private Island,”  for walking directions if not taking a taxi or renting a vehicle.

Yannis is the director of the Olive Oil Press Cooperative. His family founded the coop in 1949. The coop has 160 members. On average olives from 300 trees produce 200 liters (53 gallons). Yet in some bumper crop years the yield can be as high as 1,000 liters (264 gallons!!) Olive pits are used as fuel to heat the water for processing.

Food from the sea

Professional fisherman Mr. Vasilis Sklavounos demonstrated the local technique of fishing with nets – at night. The southeast Aegean is a veritable supermarket for fish and seafood. You can buy the catch early morning right off the boat at the harbor docks.

Tradition is a culture’s foundation. Tradition can also propel a destination into the 21st century. Go to Lipsi and discover why tradition never felt so timely.

The island is a 9-hour ride on the very comfortable Blue Star Ferries from Pireaus (port for Athens) on Tuesday only. The Blue Star ferries offer cabins and first class dining in Business Class and well worth the modest extra expense for a 9-hour journey. An alternative if Tuesdays cannot be scheduled is to take a ferry or fly to the Dodecanese islands of Kos or Rhodes and then a Dodecanese Seaways ferry on a variety of days to Lipsi.

Special Thanks: The author was the guest of the businesses mentioned in this article. All opinions are my own. I wish to thank Lipsi Mayor Mr. Fotis Maggos, my guide Assistant Mayor Ms Isidora Klapsi and Ms Sophia Haitos, town council member and principal of the school for their valuable insights into Lipsi and the Dodecanese. Re Make Consulting, Athens, facilitated arrangements.

20TH ANNIVERSARY HELLENIC DANCE FESTIVAL TO BE HELD IN ORLANDO

20TH ANNIVERSARY HELLENIC DANCE FESTIVAL TO BE HELD IN ORLANDO 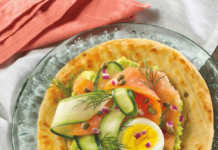 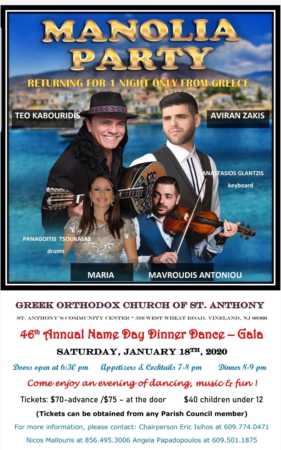 Graphic Novel Tells the Little-Known History of the Greek War of...