Dining Around at Opa – Modern Greek Restaurant in Philadelphia 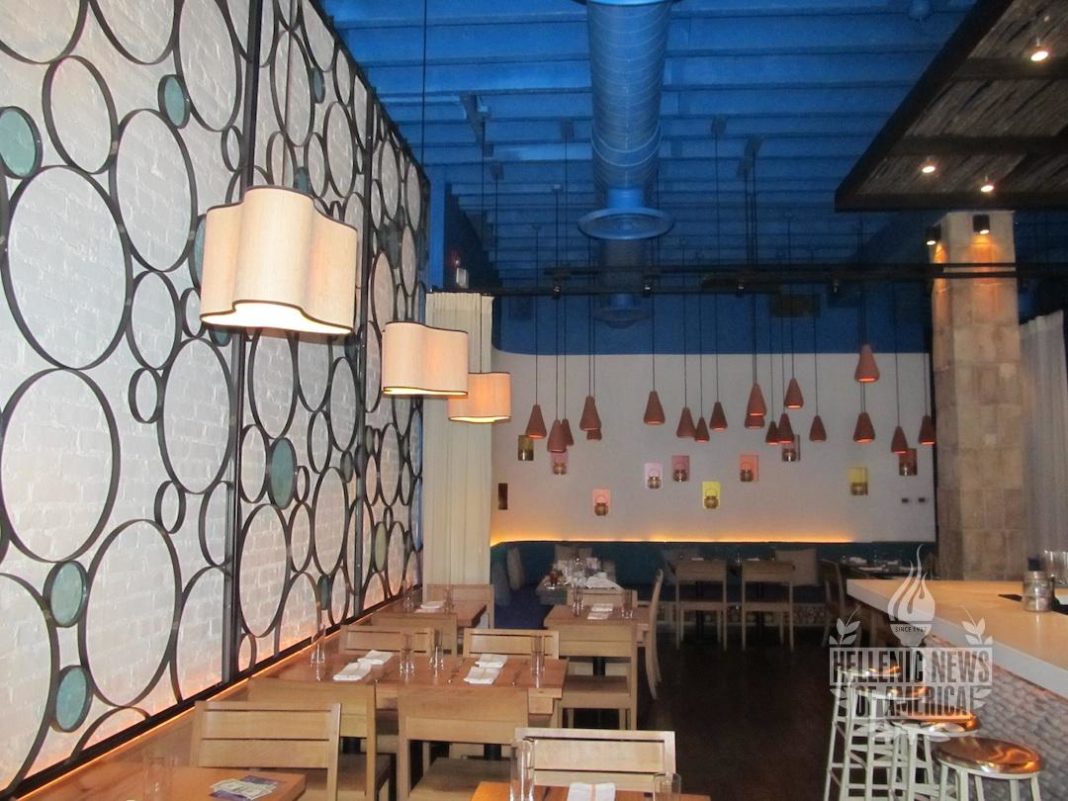 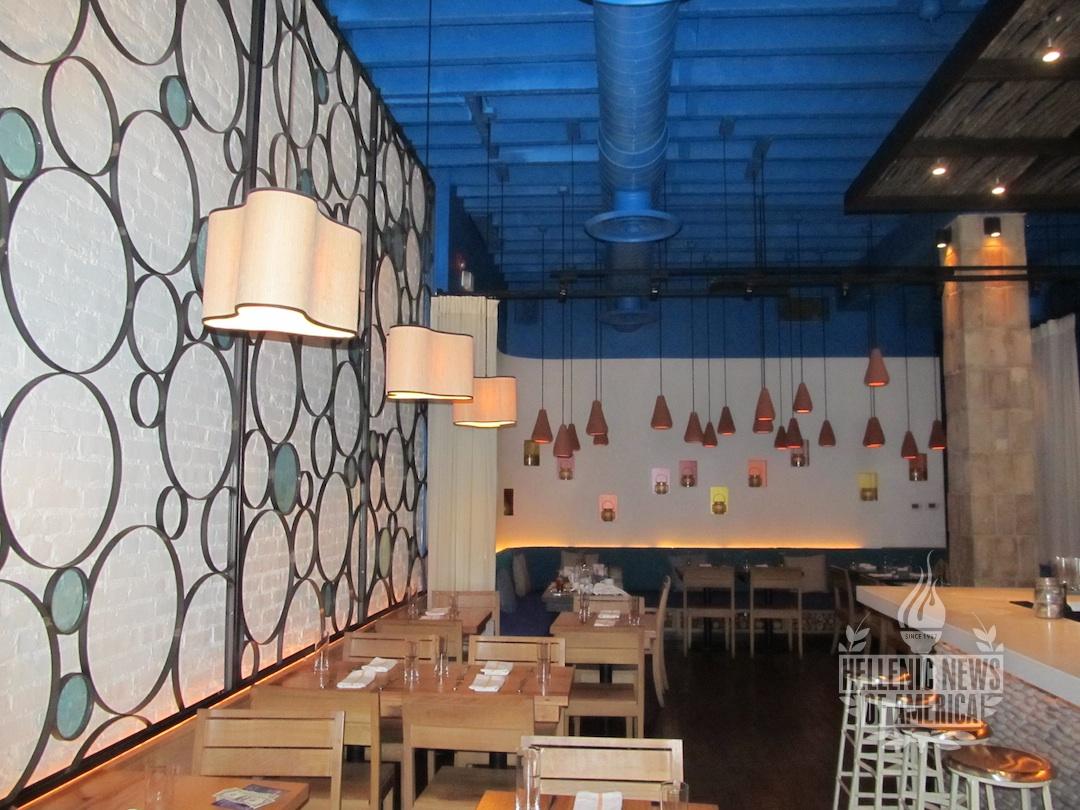 George Tsiouris, his sister Vasiliki, and Executive Chef Andrew Brown are the operating management team at Opa – the 70 seat restaurant billed as a Modern Greek restaurant and bar, 1311 Sansom Street in Philadelphia.

Designer, Jun Aizaki/Creme, created a décor of reclaimed elements from a ceiling canopy made from eight foot birch branches, a bar with white river rocks from South America, clay lamps made by George’s cousin, wooden walls from the stable of Kentucky Derby winner Barbaro, and column tiles from a home in Europe.

Open for lunch and dinner, the menu offers traditional Greek dishes based on George and Vasiliki’s mother’s recipes, with Chef Brown’s modern touches added to the mix.

George is also an experienced chef who worked in the restaurant business since he was fifteen years old.

“After college I was Sous Chef at the White Dog Café in West Philadelphia for several years, I was Chef du Cuisine at Carmine’s in Havertown, went to Django, London Grill, Allison’s, and back to the White Dog until it closed,” George said.

Chef Andrew Brown grew up in Upper Darby, PA. His only contact with Greek food was at the area’s annual Greek Festivals. 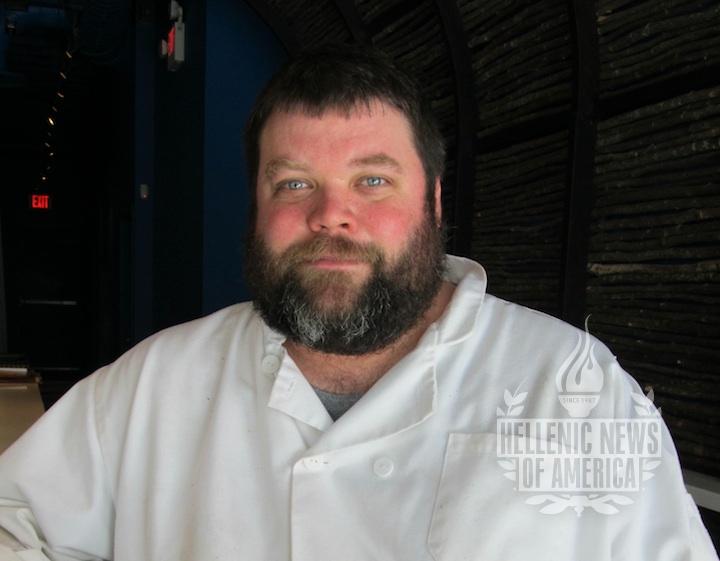 “Every day, George’s mom would come to the restaurant before we opened to teach me her Greek recipes,” Chef Andrew said. “Then it was my job to recreate the recipes into what worked in the restaurant, tweak some of the traditional recipes, keep a lot of it, modernize some of it, learn what flavors go together, and learn what Greeks eat. Now it’s my job to move forward and make sure we represent traditional Greek food. We want to keep traditions, but modernize them at the same time.”

Other of Chef Brown’s interesting plates is his Three Egg Omelette (id=”mce_marker”0) with local tomatoes, spinach, feta honey sausage patty, and breakfast potatoes with a grilled pita. He also prepares an Asparagus Soup ($5) with saffron and cauliflower flavored with lemon avgolemono. A black skillet holds a must-try Keftedes ($6) of herbed meatballs in an ouzo flavored tomato sauce.

For reservations or info, call 215-545-0170 or visit online at www.opaphiladelphia.com.