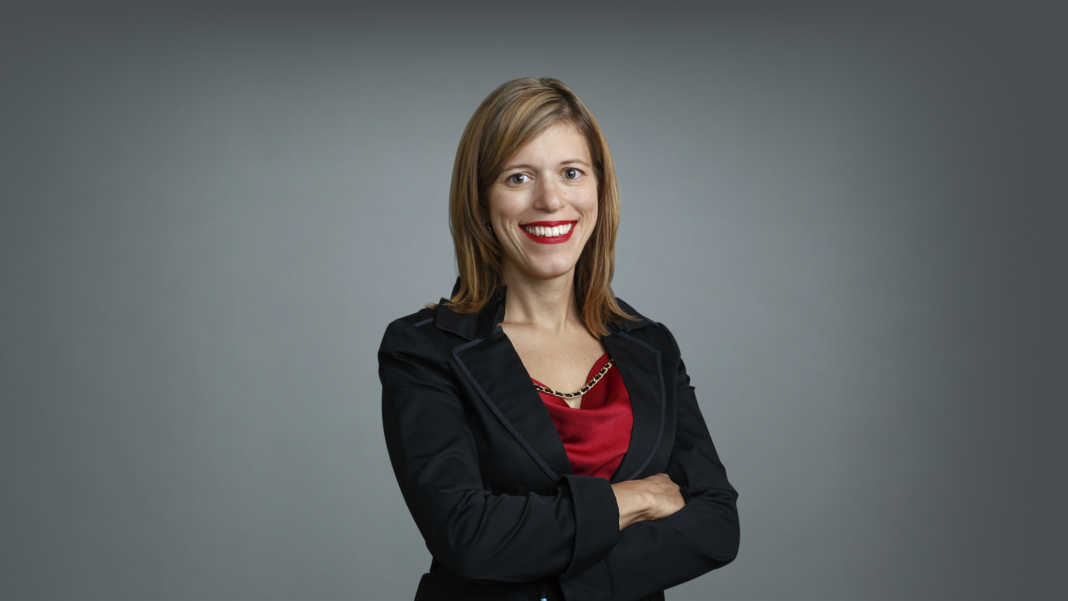 Dr. Despina Siolas has wanted to build an arsenal to fight cancer ever since her mother was diagnosed with colon cancer in the late 1990s.

“Because of undergoing this experience growing up, I decided I wanted to work on cancers, specifically gastrointestinal cancers,” Dr. Siolas says.

She has always had a scientific curiosity about the world so it was a natural transition to shift to the medical field when she saw how cancer affected the life of her mother and family.

Fortunately, her mom responded well to treatment and she has been cancer-free for 23 years.

Not everyone has had access to effective cancer treatments, however.

In today’s world, treatments have been largely ineffective against pancreatic cancer because of that cancer’s unique biology.

Pancreatic cancer’s ability to hide from our own immune systems makes it particularly deadly. It is projected to be the second highest cause of cancer related deaths by next year.

Others are enthusiastic about her work. The National Cancer Institute recently gave her the NCI Mentor Clinical Scientist Research Career Development Award.

“There’s not that many recipients. I’m the second person in history to receive it for medical oncology.”

Immunotherapy, using one’s own immune system to eradicate cancer cells, is a relatively new therapy, in use a little less than 10 years.

“It’s more potent than a lot of chemotherapies and it has the potential to cure the patient. That’s why it’s very attractive as a therapy,” Dr. Siolas says.

But so far it’s only been largely successful in a handful of cancers, specifically melanoma, lung and bladder cancer. Through her research she hopes to add pancreatic cancer to the list.

Obesity and smoking are two of the key risk factors in contracting pancreatic cancer. Pancreatitis is another way.

“Because the obese population is increasing we are seeing an increase in incidents of toxic pancreatic cancer,” she says.

Still, there are plenty of those who aren’t obese or smokers, but are still diagnosed.

Some have a genetic-predisposition for pancreatic cancer, though that doesn’t necessarily mean they’ll get it.

The big push in the pancreatic cancer field right now is to screen for patients who have an inherited gene, or DNA, that makes them susceptible to getting cancer.

At NYU Langone Medical Center, where Dr. Siolas works, there’s a free simple blood test that can screen for the pancreatic cancer gene. It’s available to everyone who has a first degree relative—a father, mother, sister, brother, daughter or son– with pancreatic cancer.

As early detection improves, patients are being treated for smaller tumors that are easier to control and manage.

Cancer treatment overall has improved in the past 10 years, but there’s more to do.

“Even though our treatments have improved—it’s not a six-month death sentence it used to be, we have a lot more work to do if we want to cure patients.”

Seeing what her mom went through and the effect cancer and treatments had on the family has made Dr. Siolas particularly sensitive to a patient’s needs.

A life-altering diagnosis brings anxiety to the patient and their families. She takes time to reassure, explaining in understandable terms what’s happening to them and what kind of treatments are available.

“Ultimately, it’s their decision on how they want to proceed.”

Treating physicians need to know the patient’s background and circumstances, to help them find the best social support system.

These days, there are many more support systems available to cancer patients. Dr. Siolas says places like Penncare and the Pancreatic Cancer Action Network. “They’re really good. They have a lot of programs. They have information to help patients better understand, connect talk to others, “she says.

Whether it’s treating patients or conducting pure cancer research, Dr. Siolas brings the influences of her parents and her Greek background with her.

It was her father, John Siolas that spurred her interest in science. Holding a Ph.D. in bilingual education, he worked on curriculum development for the New York public school system.  He also worked with Greek teachers and the Greek Archdiocese on Hellenic education, devising the Greek Regent Exams, and Greek proficiency tests for students. He lives in Queens today.

“He actually has a couple of children’s books in Greek.” He also co-authored a Greek children’s magazine in Greek and English.

He started life here in a pizzeria, but studied at night to get his bachelor’s degree, then his master’s. He taught himself English. “He was translating words to Greek to understand what they meant,” Dr. Siolas says.

John Siolas wanted to go into medicine but that wasn’t an option for him back then because of his socio-economic status, she explains.

Her mother, Catherine Siolas, has a master’s in Byzantine history at Queens College. She taught Greek at the college level. Today, she’s also a licensed real estate broker and a contributing writer to a local news outlet.

Today, Dr. Siolas carries her heritage with her.

Dr. Siolas is married to Laurentino Ibarra, who works for the Federal Reserve. They have a daughter, Penelope Cleopatra Ibarra, 1-year four-months-old. They plan to raise her with a deep love and appreciation of Greek culture and the church.

Dr. Siolas says her Hellenic background lets her connect with other ethnic groups and understand their role in history and the world. Also, “having this connection with Greek Americans, with the Greek people, you’re never really alone.”