An Iliad at the Lantern Theater 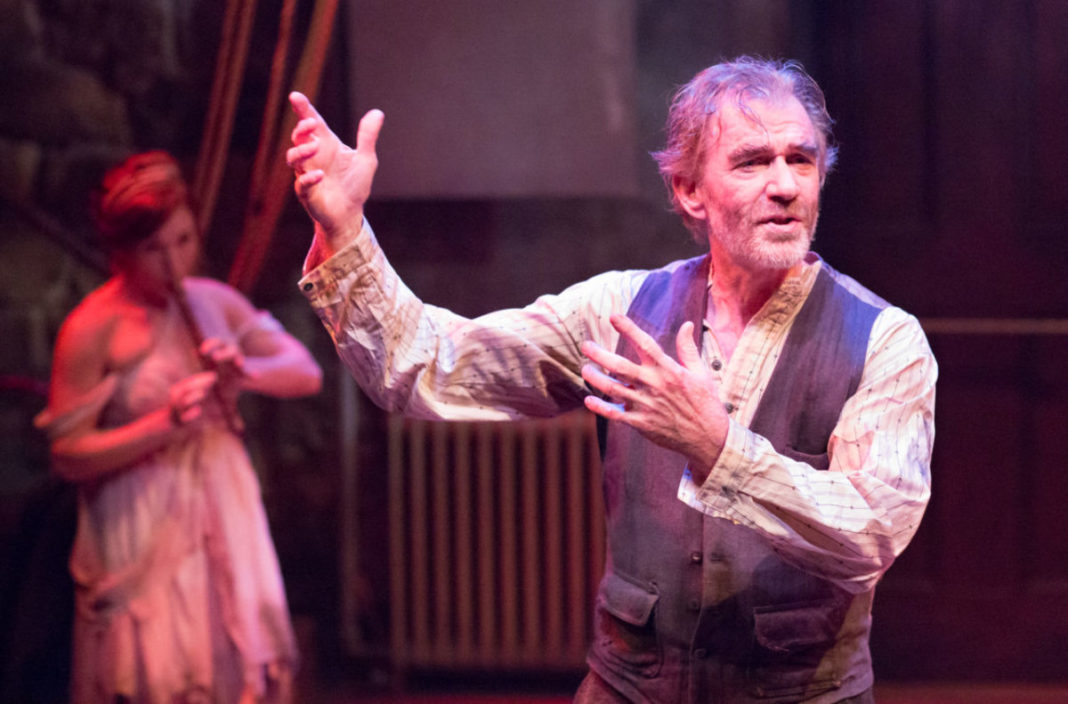 Dear friends and readers, once again, greetings!  This month I bring you my impressions of a very unusual staging of Homer’s Iliad at Philadelphia’s Lantern Theater.  The Iliad is both the most famous and the most terrifying poem ever written.  When bards first sang it, nearly three thousand years ago, it could take days of recitation.  At the Lantern, it has been compressed into an hour and forty-five minutes of storytelling in the adaptation by Lisa Peterson and Denis O’Hare.

The grand theme of the Iliad is war:  our addiction to it, our fascination with it, and our horror at it.  These elements are inseparable.  War is fought for honor, for glory, and for profit.  What lies beneath it is bloodlust, our unquenchable thirst for killing.  We must imagine the Iliad as handed down from storyteller to storyteller, from village to village, from culture to culture.  It never failed to hold its audience, and it does not fail to now.

The story is familiar:  the quest of Agamemnon to recover his brother’s captured bride, Helen of Troy, from her Trojan abductor, Paris, and the great war it produced.  Its hero is Achilles, the great hero of the Greeks, but the Trojan hero, Hector, is no less richly detailed, as is a gallery of other figures—wily Odysseus, faithful Patroclus, suffering Hecuba.  These characters are present in every war, down to those in Afghanistan, Iraq, and Syria today.  So are the anonymous warriors slain, the helpless women raped, and the desperate refugees looking for the help and protection that never comes.  Listening to the great story told again, one wonders if the day will ever come when it will no longer be necessary to tell it.  But that day seems far off.

There is a single speaking character in An Iliad, the Poet.  He presents himself as an eye-witness of the war, not Homer but the very first storyteller who sang the tale, exhausted by his nine long years on the shores of Ilium and all he has lived through.  He has not only imagined every trench, every field hospital, every grave; he has been in them.  And he has suffered every wound, died every death.

The Lantern’s sparely set stage gave all the space necessary for us to accompany the Poet on his journey.  He is not alone; a silent female figure, the Muse, moves quietly on her own errand, playing various musical instruments, some improvised and weaving a pattern of fatality in counterpoint to the Poet’s own movements.  The result, in M. Craig Getting’s sensitive and inventive direction, is a kind of ballet in which two dancers never meet.  As the Poet, veteran actor Peter DeLaurier turns in a breathtaking performance, both nuanced and impassioned.  Liz Filios, the Muse, perfectly accents and accompanies it.  Scenic designer Meghan Jones, costume designer Natalia de la Torre, and lighting designer Shannon Zura all contributed to a moving and memorable evening.

The authors of An Iliad began their work in adapting Homer for the stage shortly after the United States invasion of Iraq in 2003.  That war, still in progress, has now lasted longer than the original one at Troy.  It will someday end.  The question is whether war itself ever will.

In this time of Thanksgiving, dear friends, I wish you all the joys of the holidays, and, for the world, peace.

An Iliad.  At the Lantern Theater, St. Stephen’s Theater, 10th and Ludlow Streets.