INTERVIEW; THOMAS KRASONIS – A Greek driver is knocking on the door of the USA Nascar!

Have you ever considered what it would be like to see a Greek driver participate in the Nascar American Championship? The question may not be as rhetorical as it seems and Thomas Krasonis is responsible for answering it!

The 21years old Greek car racing driver, who currently excels in the European Nascar Championship has a big goal: to become the first Greek driver in the USA Nascar!

Thomas spoke to Hellenic News of America about his American Dream, the, USA Nascar career!

Q: You are a Greek who makes an international career in Motorsport. How feasible is this?

It is quite difficult, but possible. My favorite motto is that “if you can dream it, then you can do it”. However, as I said, it is quite difficult, as motorsport internationally is very difficult and very competitive and this is in contrast to what is happening in Greece, where we are still in the amateur stage. But we try to do it every day by setting new goals and struggling to achieve them.

Q: You started with kart, like almost everyone in motorsport. How was his journey from the kart to the European Nascar?

The kart is the school for everyone and the only way to begin everything around motorsport. Obviously the kart has nothing to do with Nascar, but it is the basis of everything because it teaches racing driving and racing mentality. My family and I we decided (after we saw that I have got talent and I love motorsport so much) to run the whole project more professionally. So I started participating in races abroad, in Europe.

I participated to the JSCC (Junior Saloon Car Championship) in the UK, where I really realized how intense the competition is abroad and then I had a great experience participating in the Mini Challenge in Italy, where I finished 4th in the championship.

Somewhere there came the European Nascar Championship. We are in 2019, when I had a very honorable proposal from Alex Caffi (former Formula 1 driver) to join his team and to be, in fact, a teammate with Jacques Villeneuve, former Formula 1 champion! This year I am in the same championship and team and I have good performances.

Q: Is your biggest dream related to Motorsport?

Yes! I am also studying sport management in the Netherlands, but of course I want to do motorsport. In terms of racing, I really want to participate in USA Nascar! To be (I think) the first Greek ever there! 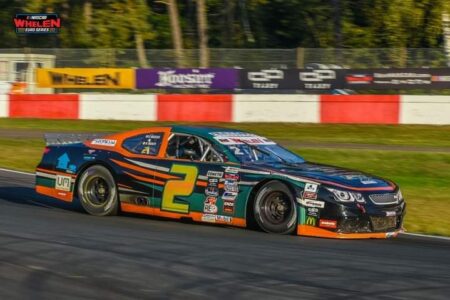 Q: Why the USA Nascar?

Because it is a magical world. Something completely different from what we know here in Europe and of course a motorsport paradise. I imagine the experience of 200,000 sports fans and I want to live it. I would very much like to be given the opportunity to participate in this championship. I am sure that with the Greek community next to me we will be able to see a Greek flag waving at the USA Nascar! The important is that we can handle it as a team and that has its own significance.

Q: You drive alone on the track, but what is behind it?

Many people think that we just go in and drive, but that is not true. We have a whole team behind us. So do I have Alex Caffi Motorsport whom I thank very much for believing in my talent. There is, also, a communication team, a coach, a manager, a driving coach and of course my family, who have made incredible sacrifices to make it happen. I thank them all very much because they have supported me and they still do! 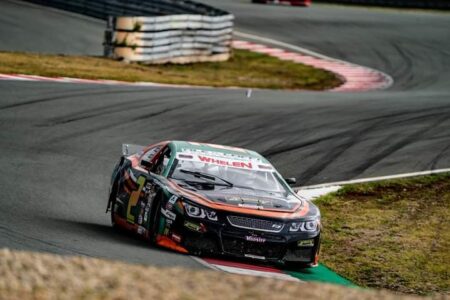 Q: Does Greece help a driver to achieve an international career in Motorsport?

As I said before, in Greece the level is still amateur. There is a good approach to the subject called motorsport, but it definitely takes time to be from the beginning to a professional level! Our main problem is the lack of sponsorships which leads to a lack of opportunities internationally. All the Greek drivers we are abroad need more support from sponsors mainly.

Q. Thomas, thank you very much for the interview and we hope you will achieve your goals soon!

Thank you very much for that interview and I hope we can say it up close on an American track!