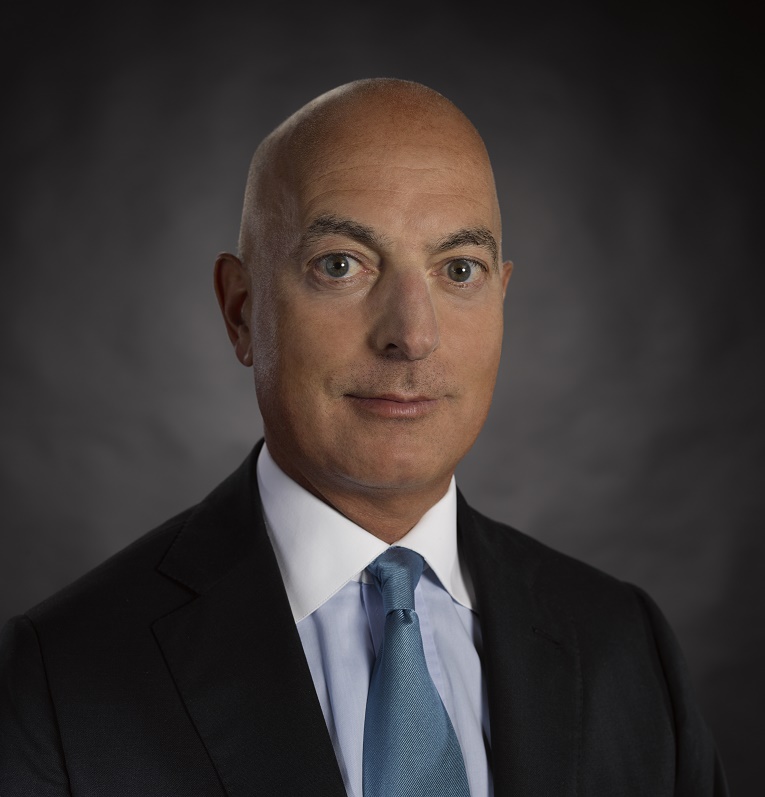 The American Hellenic Educational Progressive Association (Order of AHEPA), bestowed its highest honor, the Socrates Award, on Michael Psaros, co-founder and managing partner of KPS Capital Partners, LP, and Philip, and a prominent member of the Leadership 100 Board of Trustees. The event took place at AHEPA’s 97th Grand Banquet of the Annual Supreme Convention on Friday, July 5, 2019 at the Palmer House Hilton, Chicago. Michael Psaros couldn’t accept the Award in person due to previous commitments, but he communicated with the thousands of the banquet guests via a video message.

His Eminence Archbishop Elpidophoros of America was the main speaker at the banquet, and Metropolitan Nathanael of Chicago was also present. It was the Archbishop’s first official visit to the Metropolis of Chicago and his first appearance before the AHEPA family.

The Grand Banquet serves to honor excellence in the community and salutes dedication and service to the Order. The Socrates Award recipients are recognized for their fulfillment of the American Dream and for their unwavering support for Hellenism and Orthodoxy.

“I am proud to be an Ahepan because of its service to others and to the world,” Psaros said in acceptance. “AHEPA is a selfless organization and the impact of AHEPA’s philanthropia over decades in our collective community is extraordinary.”

His Eminence Archbishop Elpidophoros of America delivered the Keynote Address.

“My heart is filled with joy to address you on this wonderful event of the Grand Banquet of the AHEPA Supreme Convention,” His Eminence said. “This is a blessed opportunity for fellowship in the bonds that we share through our faith, our legacy, and our service. It is also an opportunity to affirm the great potential we have before us.”

In his address, Archbishop Elpidophoros spoke about the anticipation of celebrating the centennial anniversaries of the Greek Orthodox Archdiocese of America and AHEPA “in this nation of freedom and hope.” His Eminence also conveyed greetings and blessings from His All-Holiness Ecumenical Patriarch Bartholomew.

Psaros is an Archon of the Ecumenical Patriarch, Order of St. Andrew, where he serves on its National Council. He is a founding member of FAITH: An Endowment for Orthodoxy and Hellenism; and on the Executive Board of The Hellenic Initiative. He is the Vice Chairman of Friends of St. Nicholas, the organization responsible for constructing the new St. Nicholas Greek Orthodox National Shrine at Ground Zero.  He previously served as the Treasurer of the Greek Orthodox Archdiocese of America and served on its Executive Committee.