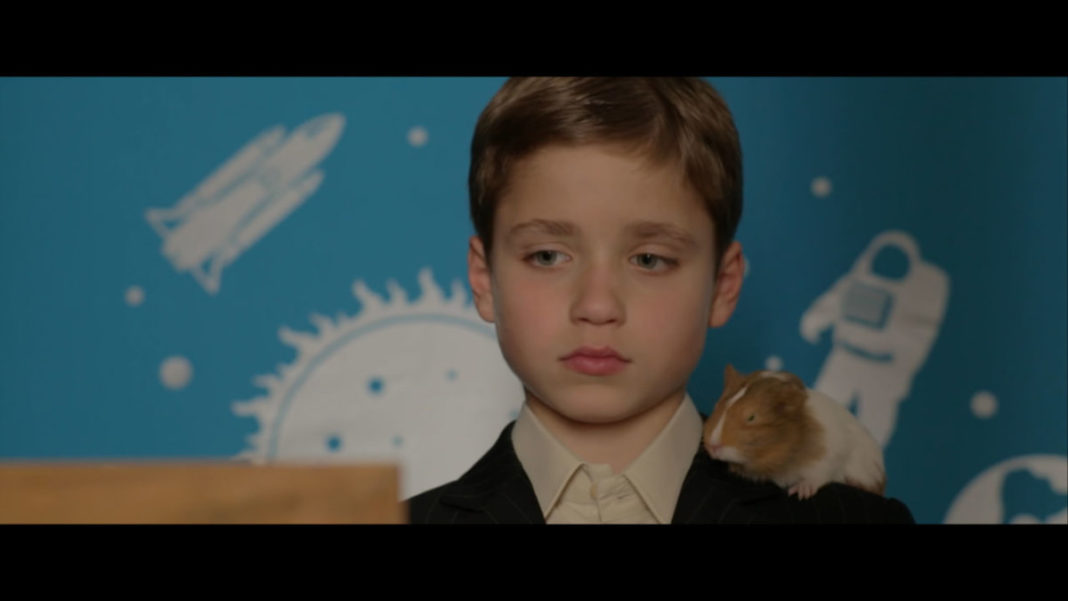 Pet is a Greek short film which is making a successful career in the USA and is already the most successful independent, Greek short film of all time! PET, after numerous international festival selections,  nominations and awards is an Oscar Qualifying Live Action Short Film for 2017. That makes PET the first Greek short film achieving such honors.

Pet with a great push from the Greek American community—including Producer Alexia Melocchi—an Advisory Member of the Greek Film Festival—who is championing and representing him, and Nektarios Kalogridis—a  fellow filmmaker from NYC who is an Executive Producer on the film, hope to help Pet to win the award for best short at next year’s Academy Awards.

PET is a film about childhood and the time you have to leave behind your innocence in order to survive. Dimitris (a 10 years old boy) is the only child of a rich family. The only person that took care of him, his grandma, is dead. Now his only  companion is his pet guinea pig. When Dimitris’ parents decide a cruel future for him, Dimitris in order to survive he “cripples” the most pure side of himself.

We spoke with the director Chris Moraitis (the alias for Christos Liakouris) about the film and his intentions.

“It is clear that the violence we suffer socially in recent years was the impetus for the creation of «Pet». Without, nevertheless, be a film that focuses on current events. I committed to that story because it concerns me very strongly how a child can mentally deformed due to the treatment of his parents. As I am also concerned of the consequences of materialism. That “race” of demonstrating wealth and power, for the sake of which we losing ourselves and our children. We lose the moment… and the future” he says.

Did you expect that wide acceptance for PET in United States?

When I finished the film I was hoping to have something to say to the audience outside Greece. When that happened so strongly I was impressed. Not only for the many official selections and the awards but because PET had the chance to communicate with a large audience! Because after all I made that film in order to help a little bit decreasing the domestic kid abuse.

Was it easy to make a film in Greece of crisis?

It was interesting how you never showed the parents faces in the film. Was that a conscious decision made prior to shooting? And why did you decide to shoot that way?

Not showing the parents faces was a conscious decision made prior to shooting. I chose to do that for three reasons. First, because I am not talking about two specific parents but about parents in general. Second, I am not showing their eyes because these people are “Blind”. And the third reason is that in the scene of the living room I wanted to present a male-female “monster” shape.

What are your future plans?

I am developing my first feature script. My intention is to create a quality  film that all family can watch it, have fun and take a useful meaning.

Which other Directors do you draw inspiration from?

I can’t think  of a director that inspires me in a determinant way. But I can think some directors that I admire their work. David Lynch, Paul Thomas Anderson, Sam Mendes and David Fincher are some of them.

Watch the trailer to Pet and Director’s statement below after the movie poster.