GreeceCultureWe the undersigned hereby call upon the civilized world to condemn the...
GreeceCultureFeaturedFood and TravelTravel

Staikouras: 2022 will be a record year for both foreign direct investment in Greece and exports 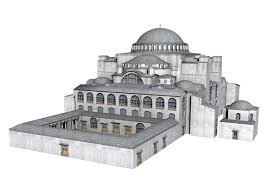 We the undersigned hereby call upon the civilized world to condemn the provocation against people of Hellenic ancestry specifically and Orthodox Christians in general by the Turkish Government. For three years, there have been ongoing threats by the Government of Turkey to seize the historic Church-Museum of Hagia Sophia and to restore it as a Mosque as in Ottoman times. This is first and foremost an assault upon the religious and ethnic sensitivities of the Greek Orthodox throughout the world. It is also an attack on the cultural and historic significance of Hagia Sophia which enables people of all faiths and nationalities to grasp the beauty and splendor of the divine as attested to by the Iconography and architecture of what Greeks have always referred to as the Great Church.

We the undersigned wish to remind the civilized world that the desecration of Hagia Sophia is more than just about the occupation of a building. It is about the religious sensitivities of Christians which are being trampled upon. Furthermore, these actions undertaken at the behest and approval of the Turkish Government foment religious and ethnic hatred against the remaining Christians in Turkey (Greek Orthodox, Armenian, Assyrian, Roman Catholic, Protestant) and serve as unpleasant reminder of past horrors that were inflicted on Christian minorities.

We the undersigned ask the civilized Governments and institutions of the world to unequivocally condemn the actions of the Turkish Government. Hagia Sophia is very dear to the hearts, minds, and souls of the Christian communities throughout the world, but it is also relevant to academics, historians, and scholars and many others who will also be deprived by the loss of the Great Church. We appeal to you therefore to use your good offices to publicly condemn the actions of the Turkish Government against Hagia Sophia.

At a very minimum, we believe the loss of Hagia Sophia should be greeted with vigorous protests and condemnation as it is the result of profoundly disturbing and uncivilized policies.