Family helped make this tech company owner what he is today 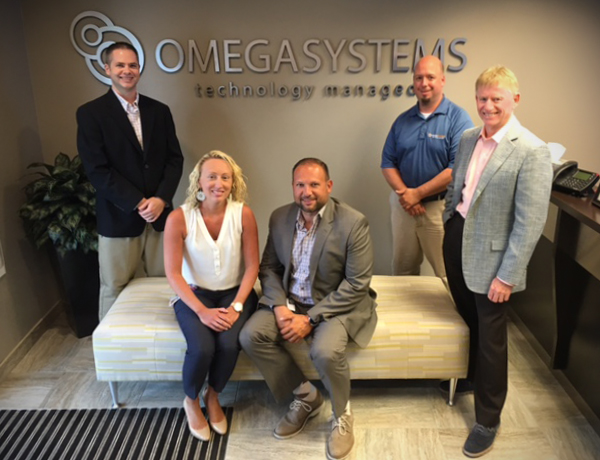 They can also thank Bill’s wife, Jennifer; his mother, his father and ice cream.

“I started out in the family business when I was young. My dad was a street vendor. He had ice cream trucks and I went along and every summer when he got busy I did the napkins and the change so at 8 years old I was handing out change and he trusted me that much to actually handle the money,” says Kiritsis, a Greek American from Berks County.

His father had many businesses in Reading during the early 1980s—a doughnut shop, a restaurant, a Getty Mart, before he sold everything and opened up an old fashioned drive-in ice cream shop.  Kiritsis put in about 11 years helping his dad until the government decided they needed to put a highway right through the shop.

A flyer from BTI arrived at his home with an offer to enroll at the technical school. “My mom said, ‘there you go, this is what you’re going to do.’ So I said, ‘OK, mom. I’ll do it.’

“I love telling that story because if it wasn’t for my mom, I’d probably be behind the bar serving you guys,” Kiritsis says.

Fortunately, computers and mathematics came naturally to Kiritsis. He went to BTI in 1998, completed school and got his certifications by 1999. Within six months he was teaching. He worked for a while with a reseller, than struck out on his own, establishing Omega Systems with his wife-to-be in February 2002.

He credits his mother and father for giving him the tools and the determination to be successful.

He also credits his wife with being an integral part of Omega Systems since day one.

“She is the vice president/CFO/COO. She wears multiple hats in the organization. I’m more of the sales and president and she’s more of back end operations so I’m the idea guy and she’s the implementer,” he says.

Omega Systems, he says, is there to help businesses, small, medium or corporate-sized, with their technology infrastructure.

“We help them get through challenges. We do computers but we actually provide business solutions,” he says.

“We actually take care of their whole IT component. We do cloud computing,” Kiritsis explains. “You don’t need servers at your site anymore. We store them on our data centers.”

Omega has two data centers in the region, handling more than 300 clients and providing a petabyte of information storage.  That’s equal to 1 million gigabytes.

“You don’t need to worry about the data from a security aspect. We are the servers,” he explains.

Omega Systems boasts 45 employees and three locations, including a headquarters in Reading and a King of Prussia satellite office opened a year and a half ago. The company covers a 75-mile radius, including the western part of New Jersey, Delaware, Harrisburg, Allentown and Philadelphia.  Omega Systems hopes to continue adding employees and is looking to expand its service down south, into Washington, D.C. and Virginia.

While his company focuses on technology, his employees devote equal time to customer service.

“Because technology is so new and a lot of people fear technology, we actually look at it from a customer’s perspective. Will they know? Will they not know? We can talk the geek language but really we focus on the customer so we can translate that and we step it down so we can really control that process and help the customer,” Kiritsis says.  “We have a very, very high level help desk that not only knows how to reset passwords; they know how to fix other problems. That’s our secret sauce.”

Fifty percent of the job for Omega Systems technicians is fixing the problem.  The other 50 is the customer service side.

“Each weigh equally,” he says. “If you can’t have the customer service you can have as much technical ability as you want, you’re not the correct employee for us.”

As technology has exploded, the needs of businesses have changed over the years.

“We used to get phone calls from customers irate because their computer systems were down all the time.  That’s evolved,” he says. His company responded early on by offering preventative maintenance to clients so those complaints would no longer surface.

Today, the goal is to make businesses more efficient and effective.  Instead of assigning an employee with a repetitive task, like sending faxes, for example, Omega Systems can offer a software program that lets the business send out thousands of faxes at once with the push of a button.

“The time frame for a person to do a thousand faxes is probably like a week or two, week and a half.  We can do it in a matter of minutes. Those are the types of things we implement for our customers and make them more efficient, effective and profitable,” Kiritsis says.

A lot of IT people have the technical skills, he says, but not the business sense. Omega Systems looks at the business side when it offers its services and figures out how to make the business better.

“You can call us an IT company but we really sell piece of mind. We’re almost an insurance company. We’re protecting your assets,” he says.

Paul Summers, executive director of the non-profit Center for Resolutions in Media, is grateful to Omega Systems for its help in making his small non-profit operation of four people more efficient. Kiritsis was recently honored by the Center for the contributions his company made to the conflict resolutions non-profit.

Omega Systems came in and replaced their old, broken down computers with newer, refurbished ones and upgraded their phone system.

“Literally, my secretary and I shared a phone,” Summers said.  “Everyone would have to send something to me and then I was the only one that could print it.

“Now our phones work and our computers work,” he says, adding his staff is very happy.

As a first generation Greek American, Kiritsis is appreciative of his good fortune and of the importance in supporting the community.

“Every time we have a moment to give back to the community, we absolutely do,” Kiritsis says.

He remains passionate about his Greek roots and attributes his success to his Greek background.

“There aren’t many Greeks that aren’t driven. It’s given to you young. When the family has a business, when your dad is in business, you’re in business,” he says. A successful Greek is someone who successfully raises their children, educates them, teaches them responsibility and encourages them to give back to society.

Kiritsis visits Greece with his wife and his three children; Nicolas, 9; Eli, 8 and Sophia, 4, whenever he can to visit friends and his extended family.

He is a member of SS Constantine and Helen Greek Orthodox Church in Reading and volunteers to coach the Goya Boys’ basketball team.

Kiritsis was born here, did not go to Greek school and had no accent when his parents lived here 15 years ago. Yet he is fluent in Greek.

“When I went to Greece they could not tell that I was from America. My cousins were blown away,” he says.

He encourages his children to stay in the Greek community.
“There are things lost now,” he says. “The Greeks in Greece have changed. We haven’t.” 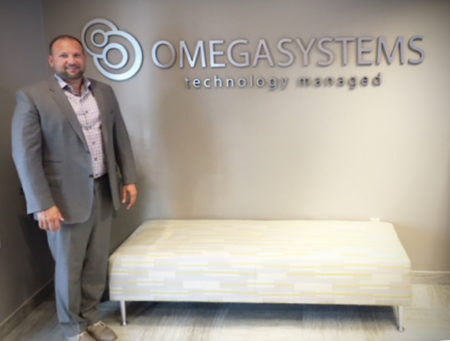