Greek economy: how do we find our Ithaca? Konstantinos Moutsianas
Featured

Greek economy: how do we find our Ithaca? Konstantinos Moutsianas 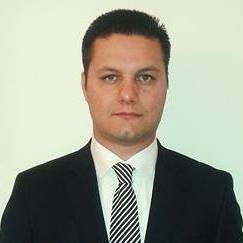 Phd(c) in Banking and Finance at Department of Economics, Aristotle University of Thessaloniki

The Greek economy has been at the heart of the current European crisis. The sovereign crisis caused significant problems to the smooth functioning of Greek financial institutions and the real economy. The weakness of consensus of political forces on taking active and preventive measures when the crisis arose was the precursor of the inclusion of Greece in the financial support mechanism of International Monetary Fund, European Central Bank and European Commission.

Since the formal request of Greece to the innovative institutional mechanism of Troika (May 2010) for financial assistance until today, fiscal-tax measures with high social cost were implemented through the economic adjustment programs causing pressure on Greek society. Unfortunately for the Greek households and companies which were entrusted to severe economic costs, the harsh measures that were imposed were not accompanied by the necessary reforms that contained in the memorandums signed between Greece and its international creditors.

How do we find our Ithaca? Only if we take the decision to apply the necessary reforms for the Greek economy. No matter whether these reforms are included in the memorandum or not. What is important is to establish a framework of reforms which will create the conditions for the reconstruction of the Greek economy:

Ithaca symbolizes a route with obstacles and difficulties which overcome with perseverance and dedication to the national aim. The Greek economy only if remain committed to the implementation the necessary reforms will be able to get back on track of viable and sustainable development.