CommunityGreek Orphans and American Missionaries of the 1821 Greek Revolution
Community 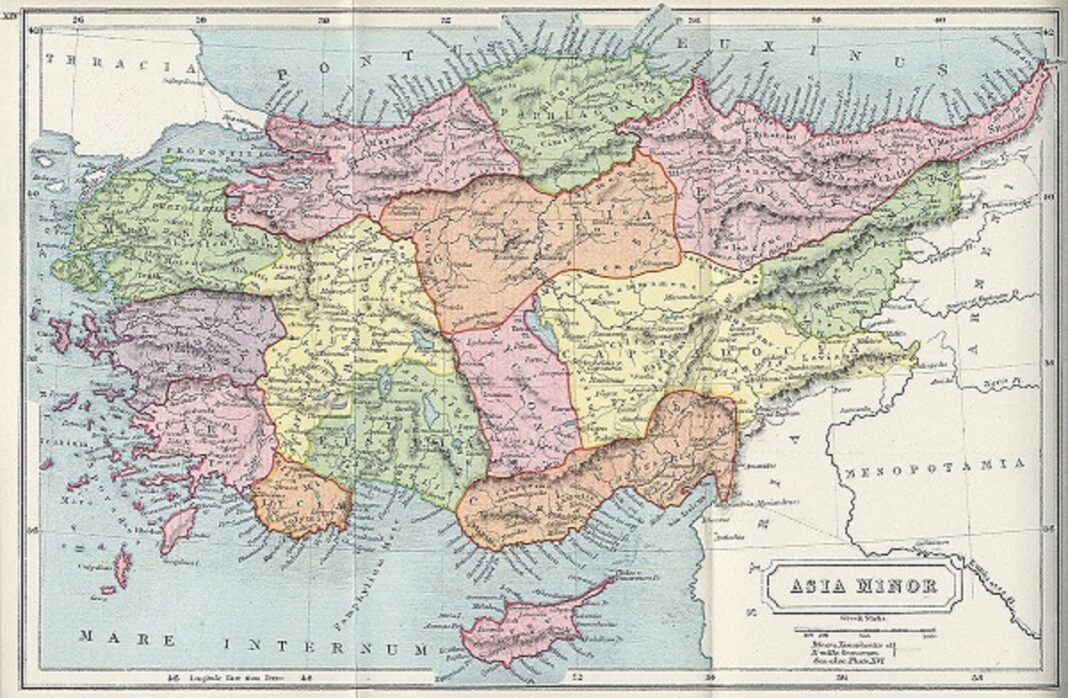 “Courtrooms who were brought to the United States by American missionaries from Greece of the Ottoman Empire were probably the ‘the pioneers of the Greek presence in America.'” Stefanos Zotos.1
The role of the American missionaries who saved and educated orphans from Turkish persecution and massacres has been ignored. They must be credited with bringing Greek boys to the New World, who put down the roots of Hellenism in America. Missionaries toured Turkish-dominated Greece, going deep into Asia Minor. They attempted to fulfill their mission of “what service Christianity might render to Orthodox Christianity. They had an inner love for Greece. Missionaries learned modern Greek. Their primary concern was the spiritual welfare of the Greek population of Asia Minor.
American missionaries aided the establishment of a printing press on the island of Malta. The press existed for 10 years from 1822 to 1832, distributing 35,000 volumes to an astonished near East. A considerable number of books were written in the modern Greek language, created by Adamantios Korais. During the 1821 Greek War of Independence, the Greek orphans brought to America by missionaries came from the Aegean Islands. They mostly came from Chios, which had been sacked by Turks in 1822. Their names are mentioned in all books dealing with Hellenic presence in the United States.
Grigorios Perdikaris, a teenager from Greece, became wealthy in gas utilities. He was appointed a US counsel to Greece in 1854. His son John was involved in an international kidnapping by a Berber pirate known as Raissuli. George Musalas Colvokoressis was in the United States Navy during the Civil War. He won citations for bravery from the United States government. There were others as well.2
Dr. Samuel Gridley Howe spent six years in Greece as the Surgeon General of the Greek army. The troubles in Crete from 1866 to 67 took him again to Greece where he befriended Michael Anagnos. Michael Anagnos and hired him as his secretary. Michael Anagnos organized relief for the war effort. Howe invited Michael Anagnos to Boston to continue his work with the Cretan Committee in New England around 1868. He was a private tutor to the Howe family. Doctor Samuel Gridley Howe also founded the Perkins School for the Blind.
Anagnos married the daughter of Samuel Gridley Howe, Julia Romana Howe in December 1870. Michael Anagnos was Samuel Gridley Howe’s assistant. When Doctor Howe was absent, Anagnos was Director of the Perkins School for the Blind. He became very familiar with the system of teaching the blind and deaf. He studied the success of Laura Bridgman a former student of the Perkins School for the Blind. This contributed to his work with Helen Keller, Thomas Stringer, Elizabeth Robin, and other blind and deaf students. Samuel Gridley Howe died in January 1876. Upon his death, Michael Anagnos became the second director of the Perkins School for the Blind.3
Many Greeks as orphans came to the United States after the 1821 revolution. They were probably the pioneers of the Greek presence in America.
References:
3.    https://en.wikipedia.org/wiki/Michael_Anagnos
4.    4. https://ahepahistory.org/biographies/Michael-Anagnos-Anagnostopoulos-1837-1906.html
5.     https://en.wikipedia.org/wiki/George_Colvocoresses
6.    https://en.wikipedia.org/wiki/Samuel_Gridley_Howe
Share
Facebook
Twitter
Pinterest
WhatsApp
Linkedin
Email
Viber