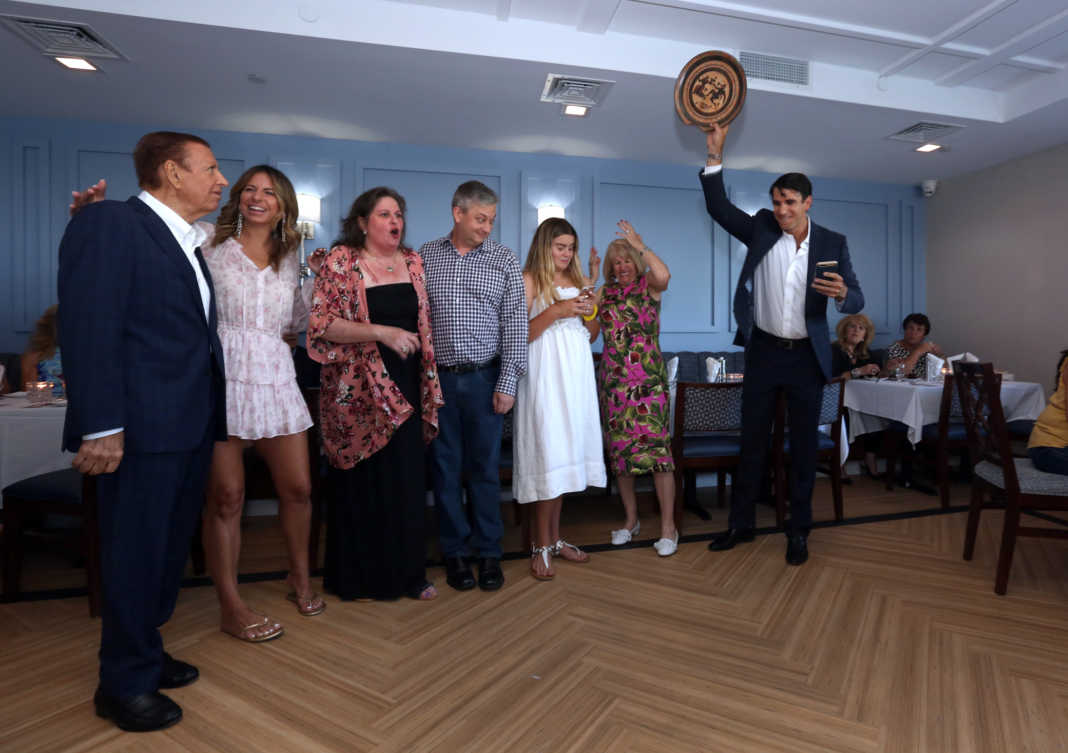 Love of the Jersey Shore leads to the American Dream

High School Summer vacations in Wildwood, New Jersey are when Gus Andy fell in love with the Jersey Shore.  It was during those long summer days, when he helped a relative sell cotton candy, that Gus also got a taste of being an entrepreneur.  Years later, the Greek native is now one of Cape May’s largest real estate owners and is celebrating five decades of owning his first Jersey Shore property, La Mer Beachfront Resort.  Born in Greece in 1938, Gus and his family had no choice but to flee their beloved country post World War II – a time of much turmoil and danger in Europe and beyond. It was a move that ultimately led to his “American Dream.”

Moving to Chicago and then Miami, it was summers during high school when Gus would visit a relative who owned a cotton candy stand that would draw him back to the Jersey Shore years later.  An education zealot, Gus earned a Masters Degree in City and Regional Planning and started a career working for Florida’s Development Commission, it was ultimately the Jersey Shore where he would settle and start his life when he bought La Mer at the age of 30.  French for “The Sea”, La Mer was a run-down motor lodge in need of serious TLC, something Gus was convinced he foster, and ultimately did.

Gus and his wife, Fotini (Fofo) together worked tirelessly at the hotel doing it all, from attending the front desk to cleaning rooms, and eventually, when their 4 children were old enough to help out, recruited them to do so, too.   Eventually, through hard work and dedication, La Mer was transformed from a dilapidated motor inn to the contemporary Seaside Resort that stands tall today, and that hustle and dedication to constantly improve remains today.

La Mer just wrapped up a major renovation project which added 21 new luxurious suites and a brand new home for its signature restaurant, The Pier House.  While Gus Andy, now 80, has turned over the reins to his son George to handle most of the day-to-day business at the hotel, he’s never too far from the action, and always has his say.  Never content to slow down, Gus is currently focused on selling large parcels of land located on the east end of Cape May on a street he named Velvento Avenue, as homage to where he was born.  The 15 lots that are approved subdivisions for custom-built luxury homes are just the latest properties to fall under the Andy footprint.

In his free time, Gus can be found attending city council and chamber of commerce meetings, he is also an advocate for freeing Cyprus from Turkish oppression and returning the Elgin marbles to Greece, which are causes near and dear to his Mediterranean heart. You will never see him brag or boast about his many accomplishments, but luckily, his proud family will do that for him, since his inspiring story is certainly worth telling – and especially worth hearing.