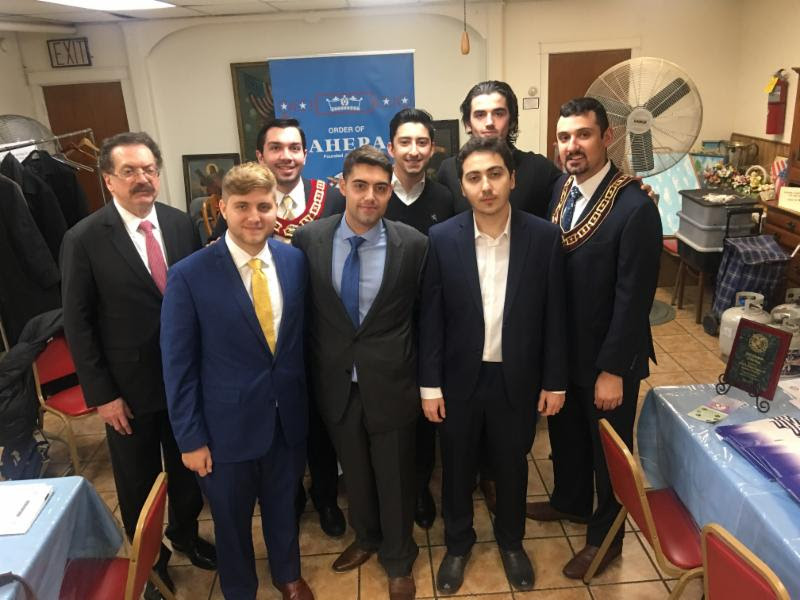 [Manhattan, NY] – We are incredibly proud to announce the reactivation of New Renaissance Chapter #5 as part of the Manhattan AHEPA Family! With 10 members currently, the Chapter (originally founded in 1930) was reactivated on November 13 with the help of Supreme Secretary Paul Pavlakos and Past Supreme President Andreas Christou. Congratulations to all our new members, especially the newly elected officers of President Emmanuel Kandilas, Vice President Danny Calos, Secretary Anthony Calos, and Treasurer Sergio Zefi.

AHEPA (American Hellenic Educational Progressive Association) is the largest Greek-American association in the world with chapters in the United States, Canada, Greece, Cyprus, and sister chapters in Australia and New Zealand. It was established in 1922 by visionary Greek Americans to protect Hellenes from prejudice originating from the KKK, and in its history, AHEPA joined with the NAACP and B’nai B’rith International to fight discrimination. The mission of the AHEPA Family is to promote the ancient Hellenic ideals of education, philanthropy, civic responsibility as well as family and individual excellence through community service and volunteerism.

AHEPA’s Delphi Chapter #25 was founded in 1923 in Manhattan NYC, it was the first chapter in New York State and one of the first in the Northeast. The Delphi Chapter #25 was instrumental in welcoming the early Greek immigrants to the USA as they disembarked at Ellis Island and helping them with their assimilation into the American culture by assisting them with learning the English language, finding employment and eventually becoming citizens of the United States.

The Delphi Chapter # 25 has a glorious past with many esteemed past and current members including the late Fraklin D. Roosevelt (FDR), President of the USA. Currently, this AHEPA Chapter is one of the most active Chapters in The Order of AHEPA; following a dynamic revitalization the Chapter has grown to be the largest Chapter in New York State (Empire District # 6) and is currently one of the largest Chapters in the entire AHEPA domain!

The Sons of Pericles were started in 1926 by a group of Manchester, NH AHEPANS. The founder was Dr. Alexander Cambadhis. He helped the fledgling new youth group with their dealings with other organizations as well as with the Order of AHEPA. His goal and the goal of the Sons of Pericles is to promote Hellenism to the youth and to keep the fire of our Motherland burning for generations to come. Together with the aid of some members of the Order of AHEPA from the Manchester, NH chapter, these young men were the first members of the Order and are known collectively as the Mother Lodge of the Sons of Pericles.