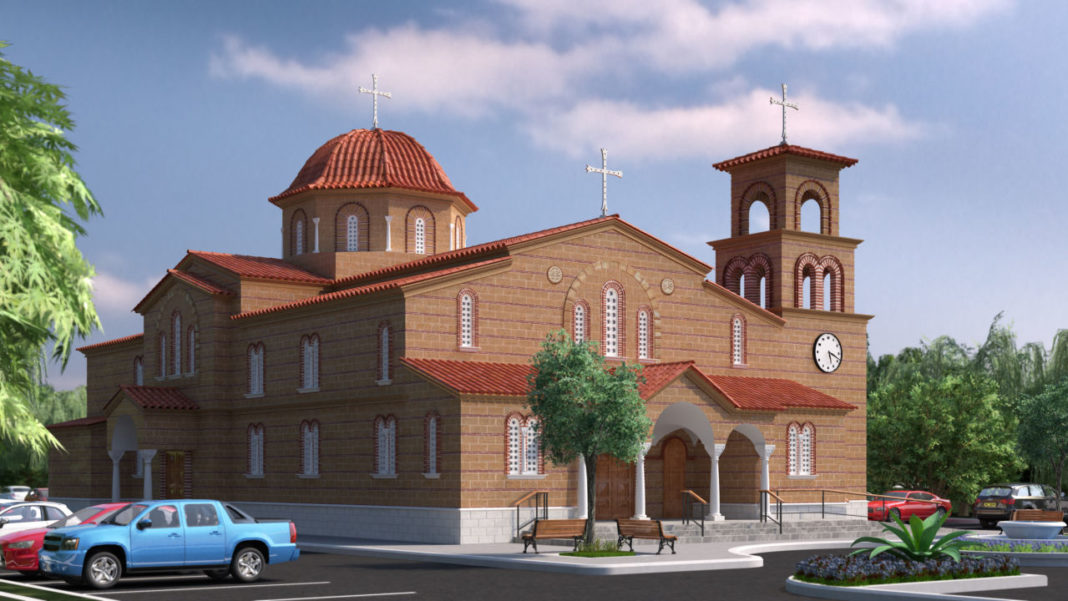 Greek food, music and dancing will excite a local shopping plaza this weekend.

The festival, located at 32888 US Hwy 19 North, is outside a storefront that has been converted into a Greek Orthodox church, a temporary home for St. Raphael, Nicholas, and Irene, which was destroyed by an electrical fire in September 2014.

All proceeds from the festival will go to rebuilding efforts, which begin next week, with bulldozers and construction crews scheduled to be on site at 1010 Riviere Road, Palm Harbor, FL 34683 Monday.

“It will truly be a unique church- the first of its kind in the entire United States,” Erine Koulianos said, a church spokesperson.

The Byzantine style church will resemble the historical Hagia Sophia in Constantinople (Istanbul) with its iconic dome.

Symbolically the dome represents the, “vault of heaven” meant to draw people’s eyes upwards towards the heavens, representing hope, inspiration and spirituality. It is also the highest point in the church, reflecting the heavens and God.

No other Greek Orthodox church in the United States has ever before been constructed to authentically reflect the traditional Orthodox Byzantine architecture.

“Our church is meant to be a spiritual sanctuary and House of God,” she said, “a place that members of the community will be able to call ‘home.’”