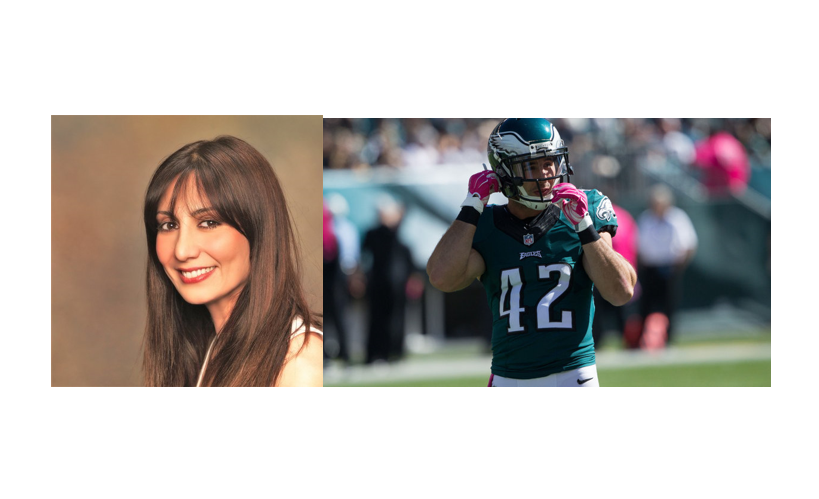 Maragos is a nine-year NFL veteran and has played for the Philadelphia Eagles as a defense back and special teams specialist since 2014. He is a two-time Super Bowl Champion, having also been a member of the 2013 Seattle Seahawks team that won Super Bowl XLVIII. Maragos is a native of Racine, Wisconsin and played collegiately at the University of Wisconsin.

AHI also is proud to announce that world renown Crossover Classical Singer Anastasia Zannis will perform the National Anthem.  Zannis has performed on the international stage at the world’s premiere venues, including: Carnegie Hall, the United Nations, Herodus Atticus Theater, Teatro Argentina in Rome, and Keyaki Hall in Tokyo.  She has had the honor to perform the Olympic Anthem, and the National Anthems of the United States and Greece, for special events, including the 2012 Olympic Games in London.  A career highlight for Zannis was when she was selected to perform for former President Bill Clinton in New York City.

“It promises to be a special evening at the ballpark,” AHI President Nick Larigakis said. “We invite the community of the tri-state Philadelphia area to attend and spend it with us.”

The Philadelphia Phillies will take on the Colorado Rockies. Game time is 7:05 p.m.