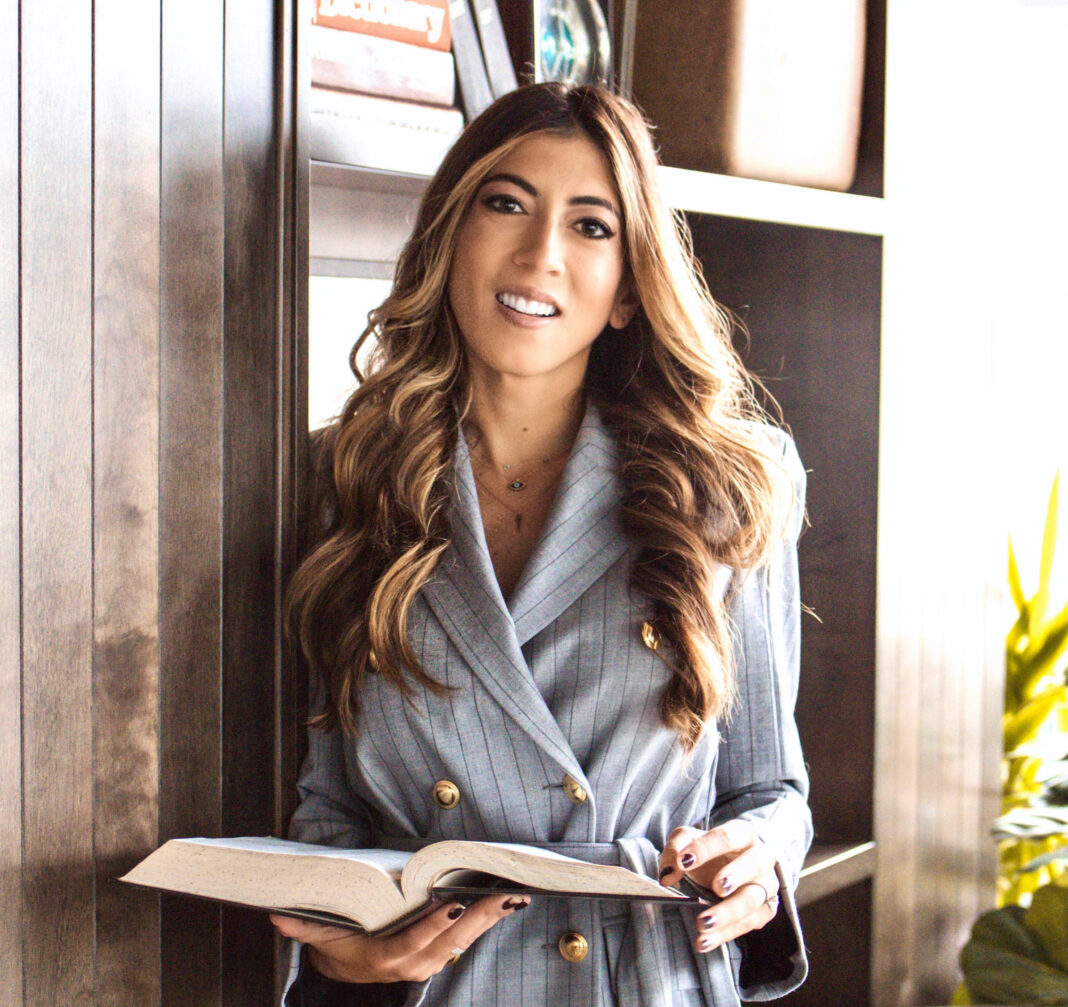 Being one of the guardians of Illinois’ environment is a daunting job for anyone, let alone someone who came to the job at age 28.

To guide her, Anastasia Palivos, now 31, turns to her family’s Greek-American roots, her colleagues and to the scientific experts that help her.

Palivos is the youngest Board Member serving on the Illinois Pollution Control Board and one of the few Greek-American women to hold that position.

In April 2019, the now Democratic Governor, JB Pritzker, appointed the Illinois native to take over the remaining one-year term of a Board Member leaving the Illinois Pollution Control Board.  That Board creates environmental regulations and decides on pollution complaints and appeals.

Gov. Pritzker has since re-appointed Palivos to a full three-year term on the Board.

Palivos has tried to diligently carry out her duties as a member of the Board in the past year.

The Pollution Control Board

The Illinois Pollution Control Board is an invention that grew out of the 1970 Environmental Protection Act.  The five-member Board (with currently only four members) acts as an independent quasi-judicial agency to protect the state’s environment.

The Board establishes environmental rules and adjudicates contested pollution cases, sort of a court of appeals for unresolved cases.  Those cases include permit appeals, enforcement actions and variance requests.

The Board can issue civil penalties to violators but it encourages voluntary compliance measures to resolve pollution problems.

The Board also provides a public forum where any citizen can participate in the state environmental decision making process.

“Environmental issues are community issues,” Palivos says. “It is vital for the Board to hear the concerns of community members that are affected by our rules and decisions.”

The mission of the Board, according to its chairman Barbara Flynn Currie, is “…to restore, protect and enhance the quality of the environment, and to assure that adverse effects  upon the environment are fully considered and borne by those who cause them.”

Anyone can file a complaint with the Board alleging a violation of environmental regulations. They’re also free to propose new or amended regulations to the board.

Palivos is currently reviewing regulations in place for hazardous waste to see if definitions need to be added for potentially infectious medical waste.

She attributes the Board’s 50-year success to the collaboration between Board Members and the technical unit that provides scientific and technical consultation to the Members so they can arrive at informed decisions regarding regulations and cases.

“It’s really nice to have a team of experts to ask questions and ensure that there’s sound science when we’re working with highly technical environmental law,” Palivos says.

Everyone on the Board and on staff has different backgrounds and expertise that can provide different perspectives when reviewing regulations or a case.  By the time they reach a decision, it’s usually unanimous.

Palivos was drawn to the public service aspect of their job, particularly her responsibility on the board to help communities with environmental issues. Local communities can sometimes be left out of environmental policy.

“You’re helping establish rules and deciding cases for the environmental health of the state of Illinois and also shaping the environment for those communities. It’s a big deal,” she says. “I’m proud to be able to serve my community and shape the environment that we currently live in.”

Community has always been important to this Greek-American.

Palivos has dual citizenship here and in Greece and Greek is actually her first language. “My parents always taught me to work hard and try and excel in everything I did and, most importantly, to try and always help others and our community.”

As an attorney, she’s been able to do both. “I’d like to leave a good legacy behind one day,” she says.

Palivos is a licensed attorney, following in her father’s footsteps.

When Slavic leaders tried to create a new nation called “Macedonia,” Peter Palivos relied on his friendship with President Bill Clinton and Sen. Carol Mosley-Baun to block U.S. recognition of the new state.

He spent much of his career as a personal injury attorney who did a lot of work for the Greek community.

Anastasia was the only one of her siblings (she has two brothers) who took up law like her father.

“He’s definitely a role model. I saw him help a lot of people.” Even today, she hears stories from Greektown in Chicago about how he helped Greek-Americans back in the day.

“I’m still pretty young in my career but if I could do something similar that would be amazing,” she says. “Ultimately you want to do a good job in your career but you also want to be a good person.”

Palivos grew up in a Greek-American household in Barrington, Illinois and later went to DePaul University in Chicago for her undergraduate degree in political science, going on to earn her law degree at DePaul Law School.

Her first job out of school was working as a legal policy advisor to the chairman of the Illinois Commerce Commission, the body she herself would later sit on before moving over to the Pollution Control Board.

She was also a business strategy analyst for a health intelligence firm in the Chicago area. These days, she’s a founding board member of the Hippocratic Cancer Research Foundation, providing support for cancer research teams at Robert H. Lurie Comprehensive Cancer Center of Northwestern University.

Palivos is encouraged that more people support environmental protection and alternative energies, particularly with the specter of global warming. Her work on the Illinois Pollution Control Board plays a small part in preserving that global environment but it takes an effort by everyone.

The Illinois Pollution Control Board is celebrating its 50th anniversary this year even as its members look ahead.

“I know we will face many more challenges and I am confident that, 50 years from now, the Board will be able to point to a continuing record of protecting the environment and the health of the people of Illinois,” said Chairman Barbara Flynn Currie, reflecting on the anniversary.

“The board and the (Environmental Protection) Act are evolving to meet these changing environments, especially if environmental concerns are not addressed at the federal level. It gives us an opportunity to do things at the state level,” she says.