WASHINGTON, DC — His Eminence Archbishop Elpidophoros of America has proclaimed May 15, 2022, as “AHEPA Sunday” in the Greek Orthodox Archdiocese of America.

The Encyclical, issued by Archbishop Elpidophoros, states, in part: “This year of 2022 has a very special significance for both AHEPA and the Archdiocese because it marks our Centennial Celebrations. This fact alone speaks of the deep connections and synergies between these two pillars of the Omogeneia.”

Archbishop Elpidophoros also stated AHEPA has been with the Archdiocese “every step of the way for one hundred years” and offered prayers for the AHEPA family’s continued health, success, and prosperity.

“We are deeply grateful for the kind words of Archbishop Elpidophoros, who wonderfully commemorates the synergy between AHEPA and the Greek Orthodox Archdiocese of America during a most momentous time in the history of the community, the centennial anniversaries of the founding of each of our organizations,” Supreme President Jimmy Kokotas said. “The AHEPA family cherishes the close ties and shared history it has with the Greek Orthodox Archdiocese of America. From Saint Photios National Shrine, Saint Basil Academy, and Saint Nicholas Greek Orthodox Church and National Shrine; to scholarships for seminarians and groundbreaking memberships in Leadership 100 and the Ecumenical Patriarch Bartholomew Foundation; to the support of parishes, including their establishments, by local AHEPA chapters dating to the 1920s, we are proud to have walked together, side-by-side, for a century.”

He added, “We also sincerely appreciate the blessings Archbishop Elpidophoros has bestowed upon the AHEPA family and our members for today, and for the next one hundred years, and we wish the same for His Eminence and the Archdiocese.” 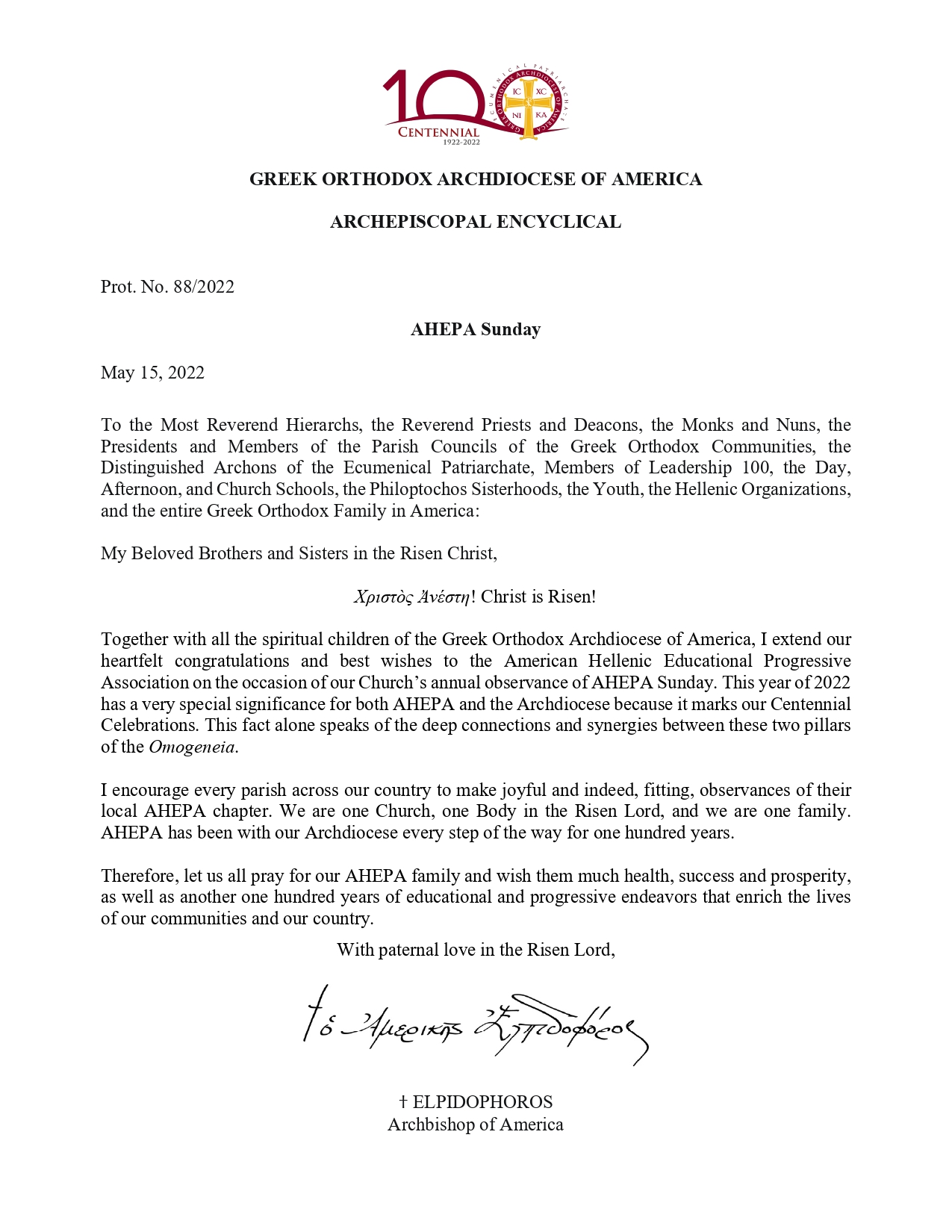