Greece: Sky Is the Limit to Develop Energy Resources at Regional and National Levels By Antonia Dimou 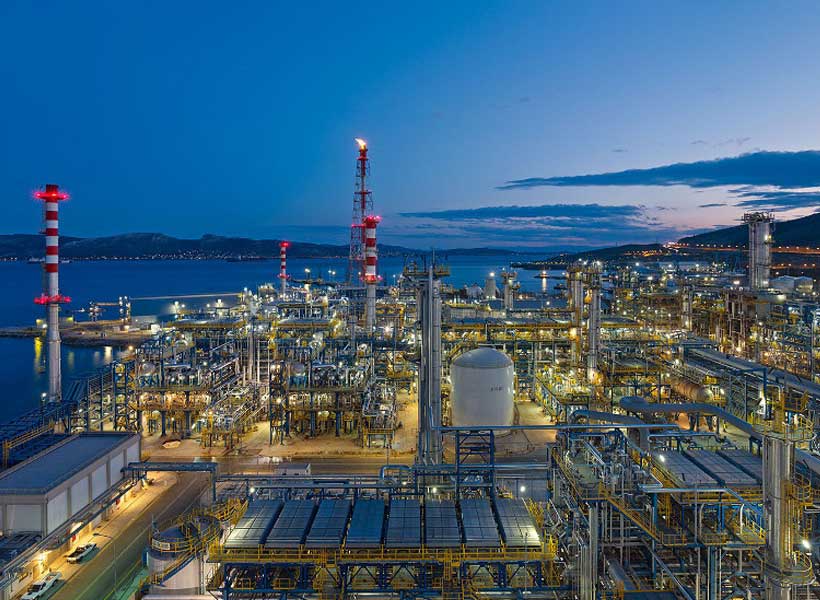 Greece has emerged as a key gas player in the national and East Mediterranean levels. In the regional setting, the acquisition of Israel’s Karish and Tanin offshore gas fields by a Greek company, Energean Oil & Gas, at the price of $148 million presents a milestone. The reason lies in that the approval of the Field Development Plan by the Israeli authorities and the securing of sales agreements guarantee the execution of the $1.3 billion investment plan to fully develop the two fields. The contract for the Karish field’s development foresees drilling in three wells in the first quarter of 2019, and the first gas is expected to flow in 2021. Interestingly, Energean Oil & Gas has secured sales agreements of more than 3 bcm of gas annually and has raised almost $1.2 billion of loans to develop the Karish and Tanin fields.

The Greek energy company has notably worked with arranger Morgan Stanley to secure funding from banks and institutional investors; the capital will finance a Floating Production Storage and Offloading Unit to extract natural gas from the two fields, and a pipeline that will transport gas to Israel.

Thanks to the acquisition of Israeli fields by Greek Energean Oil & Gas, Israel’s energy market is no longer dominated by a monopoly. The Greek  energy  company’s presence in the Israeli energy setting is accelerated by the granting of five new exploration licenses as result of Israel’s first offshore licensing round that ended in November 2017. The awarded licenses comprise blocks 12, 21, 22, 23 and 31 thus raising the total number of licenses held by Eneregan Oil & Gas to thirteen, providing upside potential for future growth and complementing the company’s East Mediterranean portfolio.

In addition to the Greek penetration of the East Mediterranean energy landscape, Athens also seeks to develop its own gas fields in the Ionian Sea and South of Crete. The Greek Ministry of Energy signed a contract with French Total’s JV ,Italian Edison and Hellenic Petroleum (HELPE) securing offshore Block 2, located west of the island of Corfu, as an outcome of the 2014 International Licensing Round. Additional bids that are expected to be evaluated include HELPE with Edison that have established a 50-50 partnership for a Gulf of Patras block; HELPE’s consortium with Total and Exxon Mobil that each hold 40 percent stakes for two offshore blocks south and southwest of Crete; and, HELPE with Spain’s Repsol that each holds 50 percent stakes in an offer submitted for another Ionian Sea block.

Greece envisions reducing dependence on energy imports and increasing public finances through investment incentives and new legislation for onshore and offshore oil and gas exploration and production (E&P). Athens’ interest in the reform of the legal and institutional framework for the safety in offshore exploration and exploitation, including environmental rules, is evidenced in the July 2016 enactment of law 4409 by the Greek parliament that transposed the European Directive 2013/30/EE into national law. Despite the fact that oil and gas exploration and production is a prime strategy for Greece’s economic development, the Greek government has delayed the approval of licenses and permits not only for the onshore licensing round of areas in Southern and Western Greece, but also the second international licensing round that expired in July 2014. This stalling has impeded the opening of new licensing rounds.

No doubt that, there are certain preconditions for Greece to become an energy producer, namely delineation of the Greek EEZ with neighboring countries; a comprehensive settlement of the Cyprus problem; involvement of foreign energy companies in exploration and production activities as means to help Athens realize the potential of its hydrocarbon resources; and, the alleviation of financial risks by the EU through project finance from the European Investment Bank. On grounds of investment decisions based on commercial viability, the European Bank for Reconstruction and Development previously funded with two subordinated loans valued at 95 million dollars the Greek Energean Oil & Gas to expand exploration activities in the Greek Prinos field with fifteen new drills scheduled for 2015-2017. That said, there cent decision by Energean Oil & Gasto farm out a 60% interest to Spain’s Repsol for its onshore blocks in Western Greece was driven by the Spanish company’s expertise in conducting a geophysics campaign to process 400km during 2019 that can lead to new discoveries.

In the existence of significant exploitable hydrocarbons, Greece will get tangible benefits for the Greek national economy and the local Greek communities. But to enhance the energy exploration and development process at the national level, Greece should motivate foreign companies to get involved in oil and gas exploration and production activities and partnerships in the country as a means of helping Greek energy companies build knowledge and capacity. The launching of new tenders for exploration and production of hydrocarbons will undoubtedly provide new opportunities for domestic and international companies to work together to create jobs in Greece. This presupposes the enhancement of a stable and secure environment for doing business, i.e. granting licenses and permits on time, transparency in tenders, and evaluation of bids processes. Also critical is the advancement of plans to supply American liquefied natural gas (LNG) to the Balkans, through the Greek Revithoussa LNG Terminal that not only will establish the US as an alternative source of supply but will also bolster Greece’s geostrategic stand.

At regional levels, Greece should enhance cooperation with Israel on joint development of regional infrastructure for the transportation and marketing of gas, like the East Mediterranean pipeline as a potential route for Israeli gas to Europe, via Cyprus, Crete, continental Greece and Italy. Equal important is the speeding up of plans for the construction of the Floating Storage Regasification Unit (FSRU) near Alexandroupolis in Northern Greece, as it will provide an additional entry point for LNG to the Balkans and Europe.

Unquestionably, Greece is a uniquely positioned country that can transport energy from the East Mediterranean to Europe and a critical player in developing indigenous and regional gas fields. For the country to advance its multiple energy roles, sky is the limit.

Antonia Dimou is Head of the Middle East Unit at the Institute for Security and Defense Analyses, Greece; and, an Associate at the Center for Middle East Development, University of California, Los Angeles