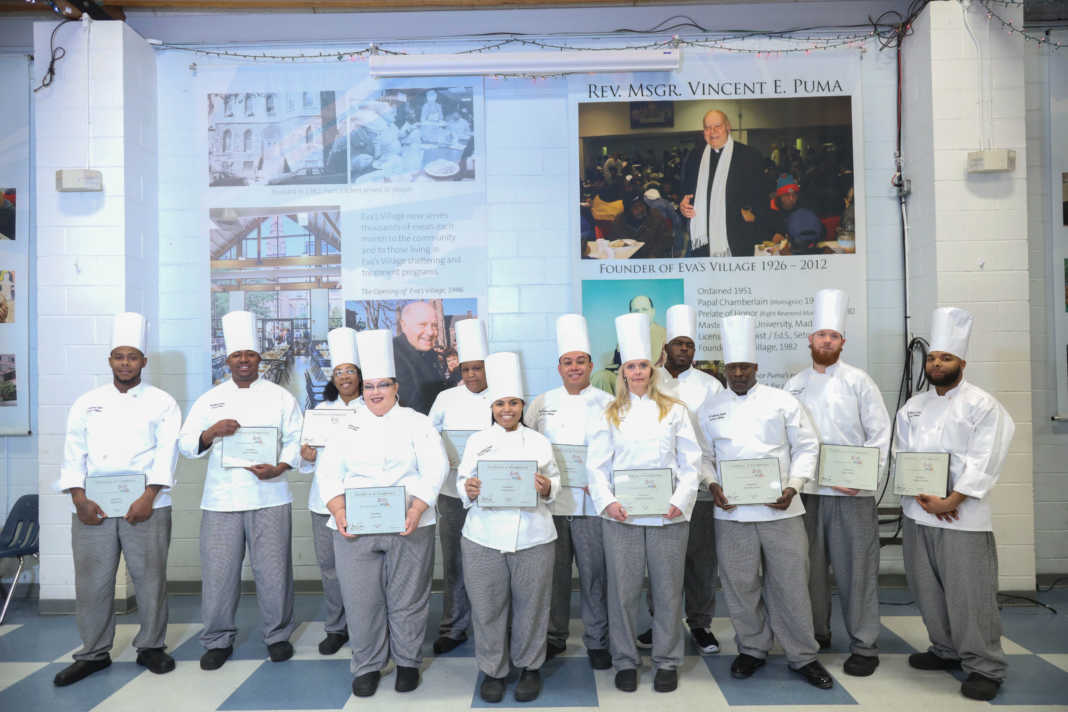 Paterson, New Jersey – Dec. 16, 2019 – Graduates from The Culinary School at Eva’s Village got more than a diploma from the six-month program they completed last week. Each student was presented with a new, personal Gunter Wilhelm Chef’s Knife, courtesy of Kontos Foods.

Chef Demetrios Haralambatos, Kontos Foods’ Corporate Executive who is an Advisory Board member for The Culinary School, procured the knives on behalf of Kontos Foods thanks to the generosity and continued support of its President Steve Kontos. Previously Kontos Foods, which has collaborated with The Culinary School on two Culinary Challenges in 2017 and 2018, has awarded each graduating student with a professional, monogrammed chef coat.

“This is going on our third year partnering with The Culinary School at Eva’s Village and it’s a relationship we cherish; we’re both located in Paterson, N.J. and it’s a way for us to give back to the local community,” said Chef Demetrios.  “We’re also pleased to help equip these students for their future careers as a quality chef’s knife is essential in their line of work.”

Kontos Foods began its relationship with The Culinary School at Eva’s Village in 2017 with a Kontos Foods Culinary Challenge in which 27 students from the program competed to create dishes with Kontos International Pastry Puffs, also known as known as Loukoumades in Greek culture. In 2018, four teams of students competed in the second Kontos Foods Culinary Challenge to make the best Sweet and Savory dishes using Kontos Fillo Dough. Kontos is planning more events with Eva’s Village for 2020. Visit the Kontos Facebook page to see the past news coverage of events.