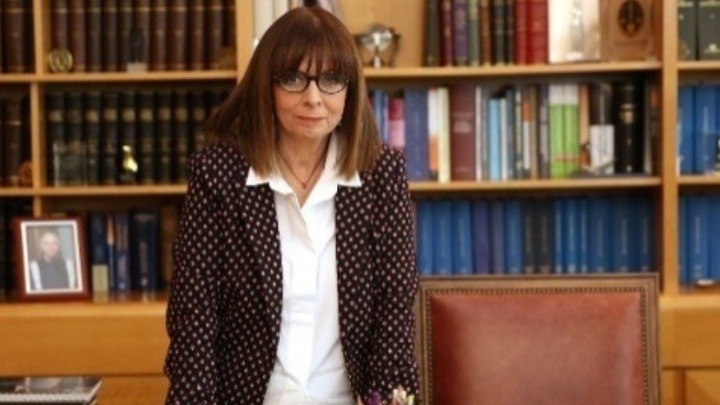 It is with great pleasure that I address today to you, the Greek Greeks, for the first time since the start of my term of office, on the occasion of our national anniversary. On March 25, 1821, the Greeks rebelled to restore the ottoman yoke, recover their precious freedom and build a modern, free and Democratic State, following the example of the American and French Revolution.

The contribution of the Greeks of diaspora to the struggle of 1821 was decisive, as important centers of Hellenism in terms of spiritual, political, economic and numbers were outside the territories that became the first Greek State. In Odessa the friendly company was founded and the struggle for freedom started in Moldavia. Many Expatriate Greeks took part and died in the struggle, while the Greek communities in Vienna, Paris, Bucharest, Iasi, Budapest, Trieste, Venice and elsewhere contributed spiritually and materials to the revolution.

However, the role of the Greeks of diaspora did not stop with the achievement of our independence. From the very first moment, all the forces of Hellenism everywhere were on the side of the new Greek State. It is no coincidence that most of the great national benefactors came from abroad, while the same applies to many other personalities who played a key role in the public life of Greece. And you today, worthy successors of the Greeks of that time, I am sure that you will continue to stand by the side of Greece, as we, who inhabit the limits of the Greek State, must be on the side of the Greeks everywhere.

This need is even more intense today when our country is facing strong challenges in a cash international environment. We must all act with determination to deal with the aggressive behavior of our neighboring states, which, among other things, treat desperate people as a tool to undermining our national sovereignty, regardless of human suffering and international law. At a difficult time, we must at the same time preserve the values of Hellenism, such as freedom, democracy, equality and human rights.

Based on these values, United and creative, we will go to win a future of prosperity that fits us all. A future that, inspired by the European vision, is linked to a new patriotism, which does not inspire cosmopolitanism but is its co-owner. George Seferis had in mind, when, talking to the Greeks of Egypt, a historical part of the Egyptian Hellenism, about general Makriyannis, was referring to the ” moment we look and look and try to distinguish the destiny of Hellenism through the storm And beyond the wide turn that the history of the world makes in our years “and we read the words of the general, that” we all have this country together, both wise and non-wise, and rich kai phtōchoí, and politicians and military, and the most Smaller people”.

My dear compatriots and countrymen,

The days we live bear the heavy burden of the global spread of the coronavirus pandemic, a tragic health crisis that requires calm and strict conformity with the measures of those responsible. This year, there will be no parades and events for our national anniversary. But every Greek, wherever he is, is sure to feel national pride and celebrate the day not collective but in his heart and soul. This year, national debt calls on us to show a spirit of collective conscience and individual responsibility. I wish and hope that this struggle, which concerns not only Hellenism but humanity whole, soon, with the cooperation of the international scientific community, will be won. And that next year we will celebrate the 200 years since the revolution of 1821 in the brightest way.