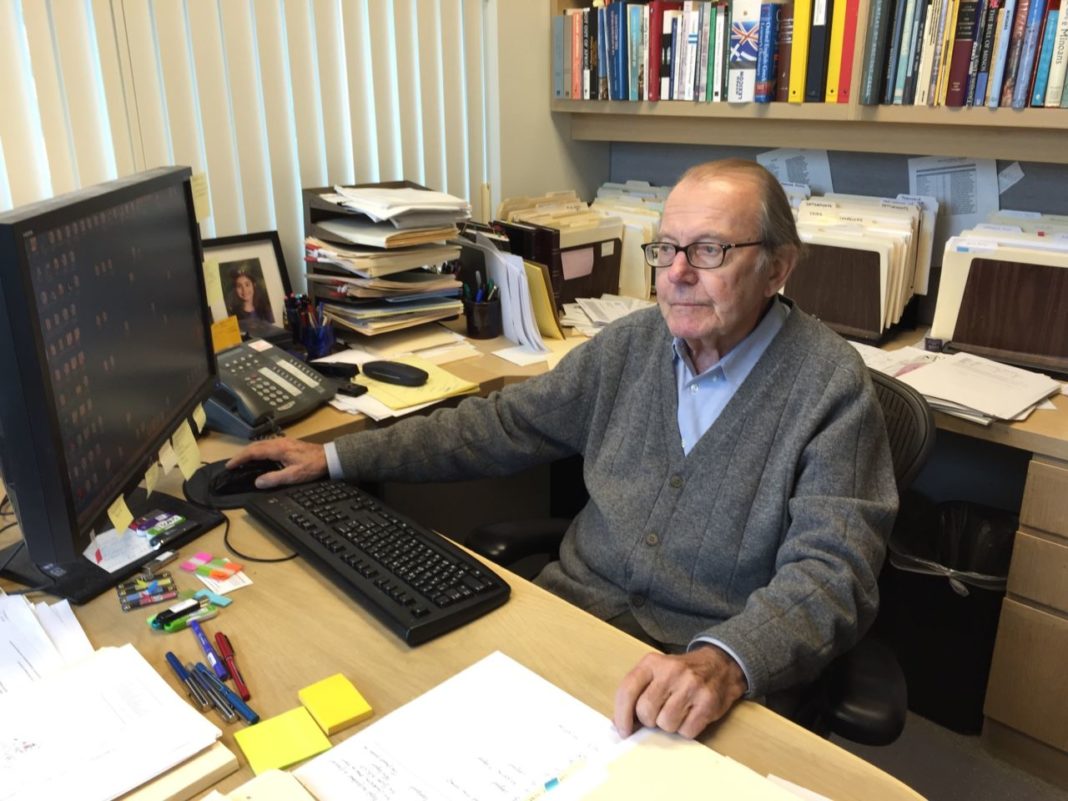 Sad to report the passing of our dear friend, esteemed scholar and PAA Kritiko Pelagos member George Stamatoyannopoulos M.D.,Dr.Sci., on Sat Jun 16. Words cannot convey the vast and significant contributions the scholarly “Dr Stam” made to Medicine, Society, the Sciences, University of Washington, Greece, Cyprus and Greeks all over. He spearheaded the research and published on the Genetic origin of the Minoans of Crete and Mycenaeans and the genetics of several Greek populations. (See web links below for details).

He was a member of the American Academy of Arts and Sciences(AAAS),he served as President of the American Society of Hematology(1991), he founded the American Society of Gene and Cell Therapy and served as its first President (1996),he received  several Awards from other Societies, Honorary Membership from the Academy of Athens and from three Universities in Greece (Patras,Thessaloniki and Thessaly). He authored over 420 scientific papers and 14 books, including The Molecular Basis of Blood Diseases, the first book of its kind to unite molecular advances across an entire field of medicine.  His discoveries span many fundamental contributions to the study of blood diseases, gene regulation, gene therapy, and population genetic history.  His industry and consistency of top-tier scientific output were remarkable; indeed, his first and last scientific papers were published in Nature, 55 years apart. Dr. Stamatoyannopoulos was a scholar at heart with an enduring love of history and philosophy. He had passionately assembled one of the largest private collections in the world of early printed books comprising Renaissance and post-Renaissance editions of classical Greek and Byzantine authors.

He had an enduring love of Greece, tirelessly promoting our Greek heritage here in America and was willing to help all Greeks, especially students (particularly in the medical field). He loved the Greek culture and language and set up the ‘greek children’s book’ lending library at the Greek church communities here in the Northwest, which involved hauling the books from church to church and managing the library, etc. The humble Dr George Stamatoyannopoulos was a role model who left a high water mark for us to follow ….he will be dearly missed.

He is survived by his wife and close collaborator of over 50 years, Thalia Papayannopoulou, M.D.,Dr.Sci. a University of Washington professor of medicine and internationally-recognized hematologist; two sons, one of whom is a professor of genome sciences and medicine.

He requested to be buried in his ancestral village near the Homeric town of Kyparissia, Greece.