CommunityAHEPA: “Macedonia” has been an integral part of Greece and Greek...
CommunityFeaturedGreece

AHEPA: “Macedonia” has been an integral part of Greece and Greek history for thousands of years 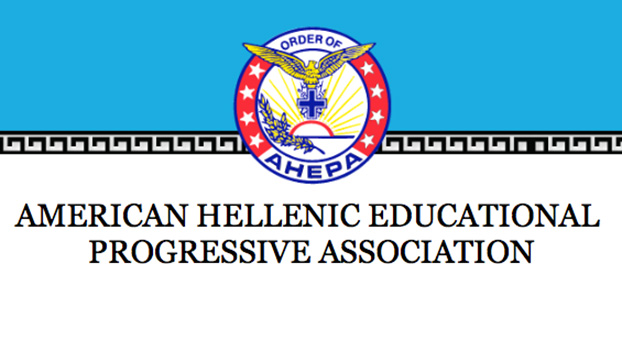 For almost a century, AHEPA has been at the forefront of championing and helping Greece here in the United States and in Greece. Since our very first official meeting with President Calvin Coolidge in 1923 when the subject of re-settlement efforts was discussed to assist Greek refugees who fled Asia Minor— to the most recent humanitarian drives that raised more than $500,000 to feed Greece’s needy and helped to deliver $12 million in public health assistance/medical aid to Greece—AHEPA is there.

The American Hellenic Educational Progressive Association is the largest and most active fraternal organization of its kind, worldwide. Our spokesman is our Supreme President, and he alone can speak for our organization.

On the important name-recognition issue for the former Yugoslav Republic of Macedonia (FYROM), it is unfortunate to see misperception in the Greek American community about AHEPA’s level of involvement.

First, let’s be clear: “Macedonia” has been an integral part of Greece and Greek history for thousands of years.

Further, let AHEPA be even more clear to dispel misinformation: AHEPA respects and encourages freedom of speech and people’s rights to gather and demonstrate peacefully.  AHEPA will be at the March 18 demonstration in New York. Our members will be part of this history.

As an organization, AHEPA has discussed this issue with government officials in Greece— where this matter is being currently handled.  Most recently, in January, the issue arose in meetings with Prime Minister Alexis Tsipras, President Prokopis Pavlopoulos, Defense Minister Panos Kammenos.  And AHEPA remains engaged.  AHEPA will meet with Ambassador of Greece Haris Lalacos at the Greek Embassy in Washington DC to discuss the matter next Friday.

At AHEPA’s Capitol Hill Day, the organization includes on its public policy agenda the need for congressional oversight of foreign aid to FYROM—that the aid must not be utilized to promulgate hate propaganda toward Greece or contribute to further provocations against Greece.  AHEPA backed legislative language to this effect that passed the House Committee on Foreign Affairs in the 112th Congress. Also, in their meetings with congressional staff, AHEPA members present testimonials from NATO and U.S. administration officials on when it will be acceptable for FYROM to join NATO.

Moreover, AHEPA has cooperated with Greek American organizations on this matter.  Do you know that the only outside organization to receive approval to have its policy resolution posted on the AHEPA website is the Pan-Macedonian Association? It can be found on AHEPA’s public policy webpage, where, by the way, there’s also access to information about statements made by FYROM government officials about that country’s ethnicity.  In addition, AHEPA has endorsed the policy statements of the American Hellenic Institute on the name-recognition issue.

AHEPA is very engaged on this issue. Ultimately, it will be up for the people of Greece to decide via referendum.  Recent reports cite a discussion in which AHEPA was accused of not promoting or supporting Hellenic issues, THIS IS FALSE!  AHEPA and members of AHEPA will be attending the rally March 18.  AHEPA will be there and our voice will be heard. AHEPA supports our Macedonia brothers and we support Greece.

Irrespective of the name-recognition issue, for individuals to state AHEPA is “non-Hellenic” or “not involved” is absurd, nonsense, and outright false. AHEPA’s commitment to our founding principles which project Hellenic ideals, as well as fighting discrimination, bigotry, and hatred, are steadfast and true, today just as they were in 1922.  For almost one hundred years AHEPA has not stopped supporting, defending and promoting Greece, Cyprus and our Hellenic ideals and principles. Our long and dynamic history and track record speaks for itself.