Greek American ‘piano man’ brings energy to everything he does 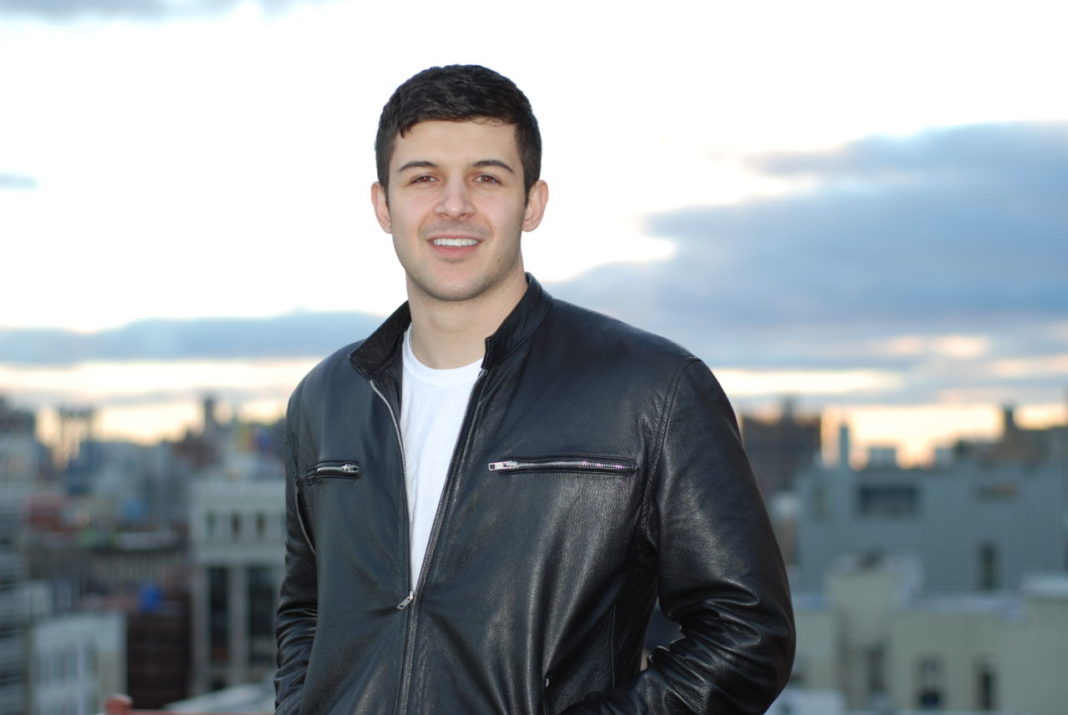 For Niko Kotoulas, it’s all about passion, with a lot of hard work and talent thrown in.

The 23-year-old Greek American from Manhattan is an online music sensation. To date, his piano performances and compositions generate more than 100,000 on-line listeners and subscribers. His most recent achievement in Mexico City is the latest in a musical career that shows no signs of slowing down. The pianist/composer played in Mexico City for two nights on June 16 and 17, playing to audiences of 3,000 each night.

That’s pretty good for a young man who also happens to work full time in the financial services industry in Manhattan.

There’s also that scholarship he received from the Hellenic Times that helped pay some of his tuition at Johns Hopkins University, where he graduated last year. As if finance and music weren’t enough, he was also captain of the Men’s Varsity basketball team at the university.

“I have a passion for business and finance where structures tend to exist and are adjusted for the situation at hand, while in music, structures are created from a few chord progressions, almost nothing,” Kotoulas says, in describing his careers in music and finance.

While both paths may seem totally unconnected, Kotoulas actually finds similarities.  In finance, he helps companies raise capital to achieve corporate objectives and create change.  In music, he’s not only creating music, he’s also working with a team that helps with production, social media and management (Matthew Pellettiere). “It is a startup called Alpha Music,” he says. Both have an end goal; providing the clients with a best-in-class product.

He got the Mexico City gig when a content creator for Spotify found Kotoulas’ online music and became a supporter. The content creator also is the CEO for Matatena Producciones and they needed a musician to play for a graduation party and a prom in Mexico City. Kotoulas later found out that the party crowd included high officials and dignitaries from Mexico, including members of the Mexican Supreme Court. 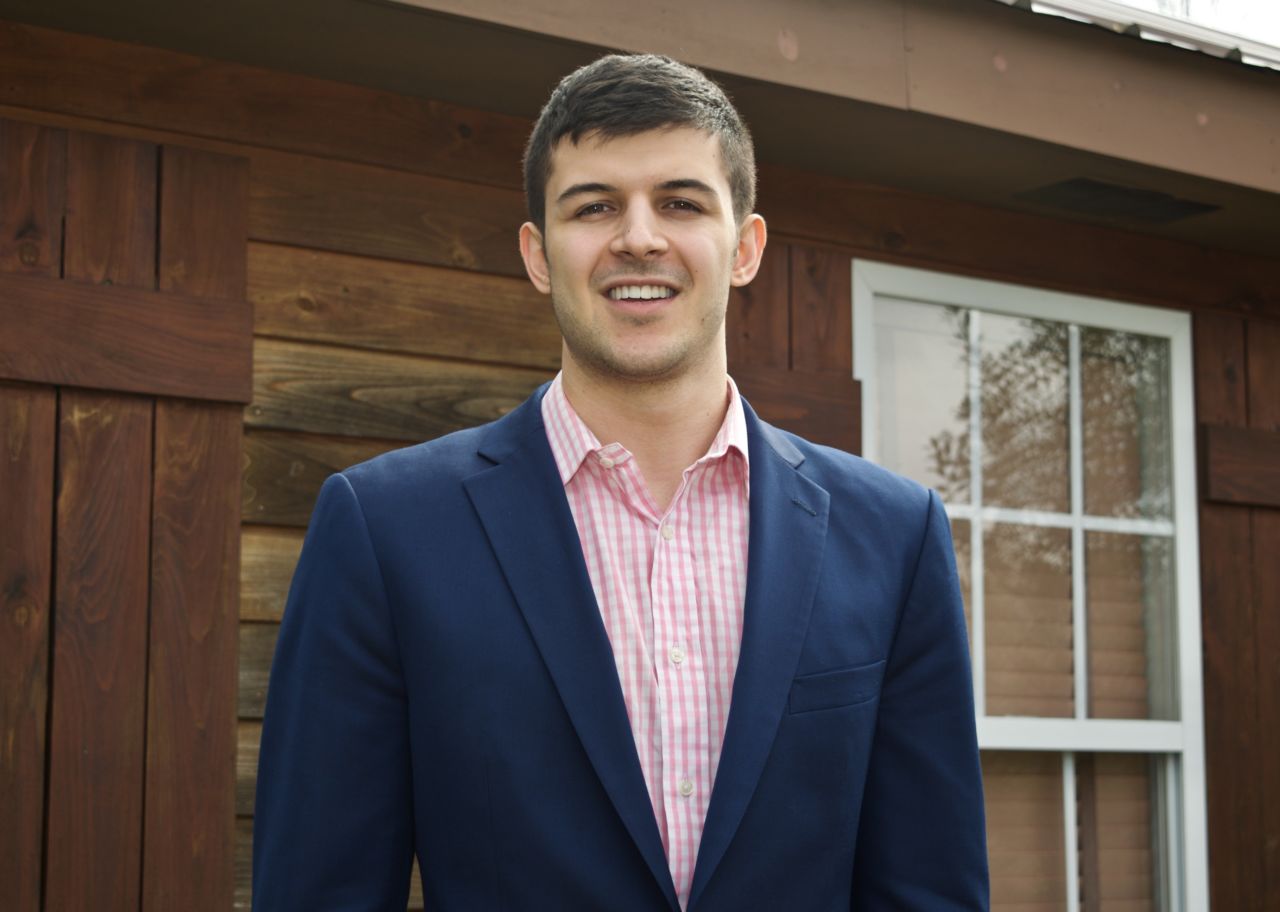 “The Mexico trip is a highlight because it’s my first performance outside the United States. It was an excellent opportunity,” Kotoulas says. “That was the largest crowd I’ve ever played for. Gerardo [the content creator] kept it a secret. He definitely wanted to surprise me… performing in front of people is something I don’t get to do all the time…but it’s enjoyable to play and perform and we thank him for the opportunity.”

Kotoulas’ music can be found on different streaming platforms, including YouTube and Spotify. In the near future, fans will be able to experience many of the electronic dance pieces he’s been working on. He’s also traveling to Greece this summer and will be working on music projects there.

He talks about two of his original compositions currently online.  His “Dreams” video came while waiting to board a train to Baltimore. “I was trying to think of something inspiring that happened and I thought back to when my parents came to the States,” he says.  Kotoulas wrote the song “The Weather,” after watching a couple breakup during the rain outside of his performing studio.

Unlike some other artists, Kotoulas has never had any fear of performing, not even as a young child. “It’s excitement. It’s very inspiring to be able to play and to have people come up to you afterwards and say they’ve been listening…” he says. “People have e-mailed me stating that after they watched my performance, they began playing their respective instrument again.”

Kotoulas grew up in Denville, New Jersey and was active at his church, St. Andrews Greek Orthodox Church in Randolph, New Jersey.

He is inspired by his parents, who grew up with very little, yet managed to achieve the American Dream.

“I was raised to show respect to all people and never take anything for granted. Having perspective and imagining myself in others shoes were important,” he says. His parents worked extremely hard to provide a better life for their children, he adds.

“If it wasn’t for their sacrifices, there’d be no way I’d be in my current position,” he says. Sacrificing to pursue goals, understanding others of different backgrounds and lending a helping hand when needed are all part of the Greek values he learned growing up.

Kotoulas has always had a knack for listening and playing music, going back to when he was 2 or 3 years old. He started taking piano lessons, but by age 10 or 11, he found other interests like playing sports and studying.

He recaptured the music as he got older, singing in the church choir and conducting the church band.

His father was an influence because of his competitive dancing. “He has a very feel good rhythm and even today he can still go perform Greek folk dances – people are amazed by his moves and charisma.” Kotoulas’ lack of fear over performing comes from his outgoing, well-spoken mother, and by reciting poems and performing in plays at church and in Greek school.

Through college and into his adult life, Kotoulas has been influenced by artists he has come across, from Beethoven, to Yanni, to Jay Hardway, who inspired him to pursue electronic dance music as a college junior when he saw him in concert.

After that, Kotoulas bought DJ equipment and learned the ins and outs of the DJ business, adding it to his piano skills.

“…By my senior year I was playing at Baltimore’s Mosaic Night Club and I performed for Rally in the Alley, an event that had about 2,000 people.

“I’m a high-energy person so when you combine electronic dance music with my personality and background in music theory, it made sense to start DJing and producing EDM,” he says.

“Performing piano is great because you can witness emotion in the audience during slower, more intimate moments of different pieces. While DJing, people on the dance floor are excited and the energy level is through the roof. It’s two different sides of the spectrum and I enjoy both of them.”

Going forward, Kotoulas wants to continue playing and composing piano music while developing his electronic dance music, with an eventual merger of the two.

“There’s going to be a lot of piano involved in my dance music,” he says.  Piano appeals to everyone and there’s a lot of cross over and synergy between piano and electronic dance music. People will listen to piano music while studying, then go out to a party while listening to my EDM.”

“What I enjoy the most about being a musician is that you can have impact in a positive way on someone’s life and inspire them…” he says.  With the internet, that impact is magnified a thousand fold, anywhere in the world.