Market Basket: A Case Study for the Ages 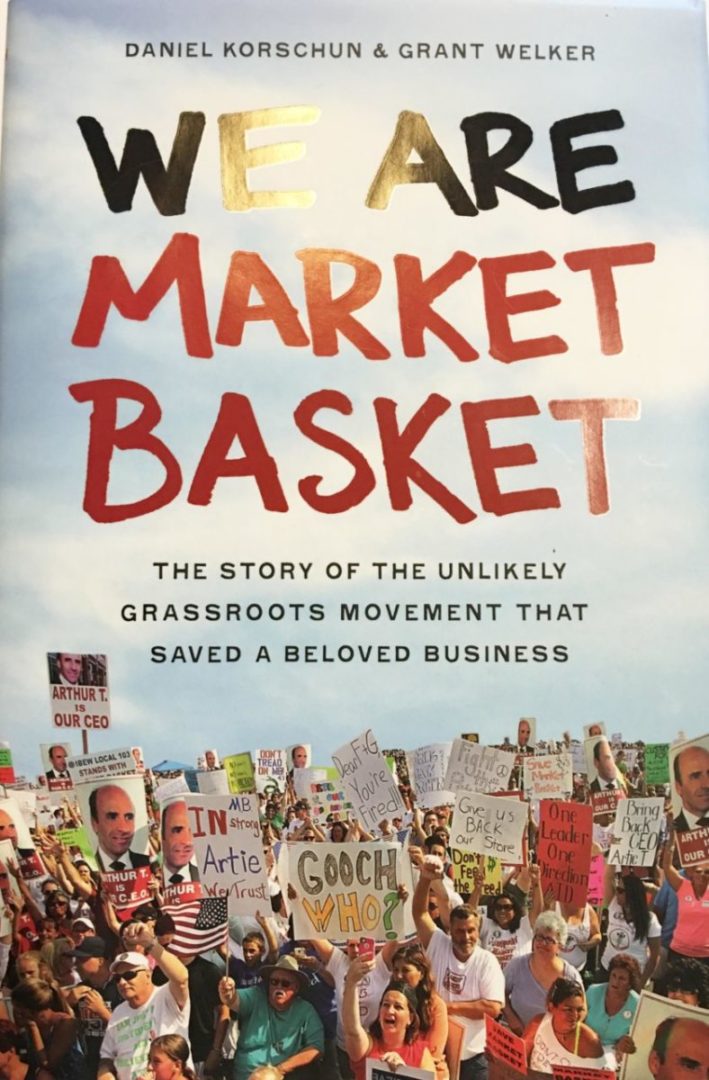 Market Basket: A Case Study for the Ages

Imagine employees, customers, and suppliers so loyal to the CEO of a multi-billion dollar company that when he gets fired, they gather by the thousands to protest.

When I mention to an acquaintance that this scenario is the storyline for my next book, she tells me she didn’t realize that marketing professors wrote novels. “It’s a true story,” I tell her. It’s good to say it out loud. I have to remind myself once in a while as well.

I had known about this supermarket chain called Market Basket since my college days. It is a haven for bargain shoppers, shoppers like my father and mother-in-law who have tremendous loyalty, not only because Market Basket has the lowest prices around, but also because it has friendlier service then most other chains. The family-owned corporation is one of the country’s fastest growing supermarket chains.

But in 2013, things turned ugly. The Board of Directors which was controlled by Arthur S. Demoulas decided to fire his cousin, CEO Arthur T. Demoulas (the Arthurs were named after their grandfather who founded the business). The Board planned not only to fire him, but also to sell the company to a supermarket conglomerate which had previously bought a competitor chain, then changed the business model, moved headquarters, and laid off employees.

The two cousins had been locked in a battle for control of the company for years, but few were prepared for one cousin to oust the other altogether. The stakes were enormous, and the battle pitted one billionaire against another. It was the stuff of a TV series.

The battle made front page news, but lurking behind the scenes, was something even more interesting. There was a growing movement of Market Basket loyalists who loved the company’s culture, and came to view Arthur T. as embodying the best of that company’s values. The people of Market Basket weren’t going to allow someone to take away their CEO and way of life.

When he was finally fired in June of 2014, people banded together in protest. Warehouse workers walked off the job, cutting off supplies to stores. Associates at stores demonstrated on street corners and in local parades; they rented buses with their own money so they could attend rallies of more than 10,000 people in Tewksbury, Massachusetts. Customers boycotted; in fact, some would return to Market Basket stores after a large purchase at a competitor so they could tape their receipt to the front door, just to send a message to the Board of Directors. Suppliers stopped shipments, picketed alongside associates, and wrote letters to lawmakers and newspapers.

For six weeks during the summer of 2014, the chain was essentially shut down. Store shelves were empty, sales were down more than 90%. Stakeholders of all stripes were determined to protect the culture they loved from what they saw as marauding corporate profit-takers.

I was drawn to the story immediately. Much of my research examines how people can become attached to a company when they believe that it shares their values. I’ve documented this effect in many studies, but never had I seen such a dramatic example. This was the only case I had ever seen where so many stakeholders came together because they felt that the company’s values were under attack. Here were thousands of people putting their jobs on the line to protect the company and its CEO.

I started attending the rallies to learn what was motivating associates and others. The crowd was filled with teenagers for whom this was their first job, retirees working part-time, managers, office workers, and even executives. They came from different backgrounds and ethnicities. The crowd was comprised of employees (they call themselves associates), and also suppliers and customers. Although it was a diverse group, it was remarkably cohesive. They felt as though they were an extended family.

What united them mostly was the unique brand of social responsibility at Market Basket. Sure, Market Basket gives money to charity. But it serves the community in other, more subtle ways. A large portion of its clientele are low or moderate income families. These families save up to $4000 a year by shopping there. Associates tell me that Market Basket is more than a store, it provides a service to the community by helping people put food on their tables and lead better lives. Protecting Market Basket for some was a way to look after the region.

Associates also say the company has a culture of respect, where associates get a fair wage, profit sharing bonuses, and opportunity for advancement. It’s the sort of place that many want to build a career in; a rare thing these days. The company only promotes from within. As they like to say, “Your boss did your job.” When freshly minted MBA’s come knocking, as they do now more than ever, managers politely tell them they can join, as long as they are willing to start by pushing carts in the parking lot or bagging groceries.

The six weeks of the Market Basket protest was a tense time for New England. Cash flow was so bad, the company nearly shut down 61 of its 75 stores. It took the involvement of Governors from New Hampshire and Massachusetts to finally broker a deal, narrowly avoiding bankruptcy.

Fortunately, the story has a happy ending. Arthur T. bought out his cousin’s side of the business for about $1.5 billion. He is now CEO again and the company is running on all cylinders. It’s hard to imagine now that this company was in such danger less than a year ago.

The Market Basket case suggests that we need to rethink many of our most deeply held assumptions about how businesses are run, assumptions that I’ve clung to for far too long in my own classes.

First of all, it challenges our notion of the Board’s duties and responsibilities. Most people assume that the Board is solely responsible for representing shareholders. In fact, some scholars argue that although Directors are elected by shareholders, their fiduciary responsibility is to the company. The Market Basket protest was in part a reaction to the Board acting in the interests of shareholders at the expense of customers, associates, suppliers, and the community. Loyalists believed that Directors had a duty to protect the Market Basket culture and that some flouted that duty. It is reason to pause to reconsider to whom a Board is responsible.

Second, the Market Basket case urges us to reconsider a common belief that people are anti-business. For example, the CEO of Whole Foods, has claimed that “business is under attack.” In fact, Market Basket is an example of a truly pro-business movement. They are so loyal to the company that they do not want to see it change hands. What they oppose is the greed they often see at other companies which put profits ahead of people. This is consistent with much of my own research, that people can form strong attachments to companies and like to reward those companies who share their values.

Finally, this is a demonstration of how motivated people can become when they believe that they are fighting for something larger than themselves. We often assume that people are most motivated by self-interest. In fact, recent research suggests that people are can be motivated more by giving than taking, by being selfless rather than selfish. Had this struggle been just about the money, the Board could have easily cajoled associates back to work and customers back into stores by providing monetary incentives. That was not the case here. These loyalists believed they were fighting for ideals, not a bigger paycheck. Some of the people I spoke with are still paying off credit card debts from that protest. But none have regrets.

The spotlight is still on Market Basket. The Boston Globe named Market Basket associates the 2014 people of the year. The US Labor Secretary told them, “Your nation is proud of you.” The case has hit a nerve among managers, consumers, and scholars. “If you’re a business school, says John Carroll, a professor of mass communications at Boston University, “This is a case study for the ages.” It’s an informative and inspiring story. I’m fortunate to be one of the people who gets to tell it.