The Order of Saint Andrew calls on Duke University, Princeton University and the Morgan Library to Return Holy Manuscripts Stolen from the Ecumenical Patriarchate 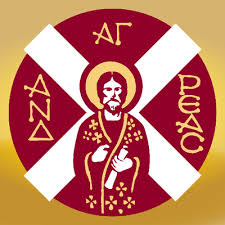 For more than two years, the Ecumenical Patriarchate has been making efforts to recover certain manuscripts that are currently in the collection of three American institutions, but which were stolen during World War I from the Monastery of the Theotokos Eikosiphoinissa in Drama, Greece. These manuscripts are currently at Duke University, Princeton University and the Morgan Library & Museum in New York City. The Order calls upon these institutions to recognize that the Ecumenical Patriarchate is indeed the rightful owner of these precious and irreplaceable documents, and to return them immediately.

The holy manuscripts at issue, painstakingly written out by hand and diligently preserved for centuries, were stolen in 1917 by marauding Bulgarian troops from the Monastery of the Theotokos Eikosiphoinissa, along with nearly the entire contents of the library.

In matters such as this, the law is clear: a purchaser, even one who had no idea that he is buying stolen goods, cannot acquire valid title to stolen property, and has an obligation to return it. In 2016, when the Lutheran School of Theology in Chicago learned that one of the manuscripts in its collection, Eikosiphoinissa Monastery Codex 1424, had also been stolen from the monastery by the Bulgarian guerrillas in 1917, the School’s President, Dr. James Nieman, gave many principled reasons for returning the manuscript to its rightful home. He also movingly noted that when asked that the manuscript be returned, he and his colleagues asked themselves three questions:

The answer to these questions for the Lutheran School was a resounding and unqualified yes. The Order hopes that officials at Duke University, Princeton University and the Morgan Library & Museum will also answer these questions affirmatively, and move swiftly now to return to the manuscripts in their collections to their rightful home in the Eikosiphoinissa Monastery.

The Order has posted about this matter on Twitter and Facebook, but we need the help of all Orthodox Christians and people of good will. Go to those posts and:

2) add comments on them that state that these volumes should be returned; and

3) most importantly, re-post or re-tweet them to all your contacts. Use the hashtag #bringthebooksback.

Regional commanders are requested to send this article to all the archons in your region.

Finally, please send an email directly to the presidents of the three institutions telling them that the stolen manuscripts should be returned (A draft for your use appears below).

Here is a model email you can use verbatim or adapt to add a personal comment.

I am a Greek Orthodox Christian and I have learned that your institution is in possession of holy manuscripts that were stolen during World War I from the Kosinitza Monastery. I urge you to follow the example of other institutions that have returned stolen art and artifacts, including the Lutheran School of Theology in Chicago which returned a manuscript stolen at the same time and from the same location as the ones that are in your collection.

Please return the manuscripts to the monastery.